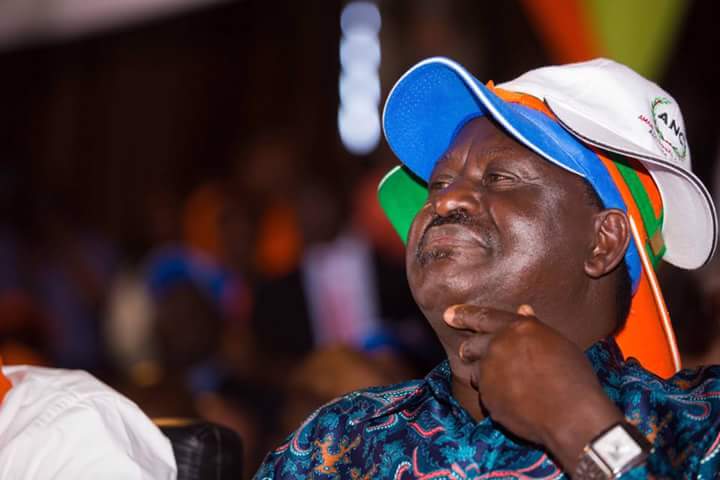 By Nicholas Olambo
Former PM and Cord leader Raila Odinga has had three unsuccessful stabs at the presidency; his 2007 campaigns were the most intensified and vigorous. He did outsmart the incumbent Mwai Kibaki who controversially won the elections. Right now Raila has not been declared the opposition flag bearer to challenge the incumbent President Uhuru Kenyatta, but chances are extremely high.

He is the strongest of all the opposition candidates uniting to challenge Kenyatta through Nasa coalition. Though he has been traversing the country in what would be his final attempt to clinch the presidency, the former premier has not intensified his campaigns enough.

The incumbent has already thrown in the towel on the war on corruption; the devil that has crippled many development projects leaving many Kenyan families languishing in abject poverty. Looters of public funds like former Devolution CS are walking free and lining up to vie for the gubernatorial post through the President’s party.

The president has kicked out NGOs he is accusing of financing the opposition to influence the outcome of August polls; his party has passed draconian election laws in chaotic parliamentary sessions to allow the use of manual voter register back up. A questionable move that if used will allow many ‘ghost voters’ to participate in the polls.

Raila’s has not intensified his campaigns on issues despite the incumbent appearing defenseless in a combative ring. Other than poking corruption holes in Jubilee administration, Hon. Odinga has only made rigging baby cries, but still, he cannot tell the public how he was rigged in 2013 through Safaricom. He should substantiate and expose the opponent’s dirty tricks.

Odinga should quit crying all the time; he will only succeed if he focuses on issues which matter deeply to Kenyans. Right now pundits can pronounce his candidature dead even before arrival. Yes, he has exposed corruption in government and what he is reading about rigging schemes. Still, his supporters are expecting a political earth quake but Agwambo is not bringing that, he is not intensifying his campaigns based on issues when his opponents’ weaknesses are all exposed.

As the alternative government people expect him to pile pressure on the president to address the doctors’ strike that has been on for two months now. The president is busy campaigning and issuing identity cards at the coast ignoring the strike. Health problems are very sensitive to be left governors and a helpless health CS like Mailu.

Demoralized Kenyan troops are on a mission in Somalia fighting an endless war instead of being withdrawn. Kenya is losing young people in the war; our camps are being overrun by the militants in the same style repeatedly. Even America that has probably the best military hardware and personnel withdrew from Somalia and left the war tone nation alone.

Wastage in government is at its all-time high; the government wasted hundreds of millions campaigning for Foreign Affairs CS Amina Mohamed for a top AU post. Amina is a decorated diplomat who stained her reputation by how she handled ICC matters. Championing Kenya’s withdrawal from the Rome Statue painted her more like a president’s flower girl.

All these are issues that Odinga’s campaign team are blind to. Dp Ruto is on record promising residents of Turkana that the government will construct roads, where has the government been? On the contrary, the people in Turkana and Baringo are facing severe starvation. They don’t need roads; they need food.
These are the things Odinga’s loud mouth boys and girls should challenge. Unfortunately, all the mouth pieces have shut, Millie Odhiambo, Jakoyo Midiwo, Junet Mohamed and the likes. Challenge the government based on issues, stop crying day and night. Even Jubilee mocks Odinga of his excess baby cry.

Related Content:  Kenya May End Up In A Cycle Of Petitions Without Stable Government For Months

The long winding road to state house will soon be here, Odinga’s campaign team is celebrating what has not materialized… in fact, they are sleeping. Die hard sycophants and the ‘Mr. Know it alls’ as James Orengo, and Anyang’ Nyong’o are all silent and lost in the air. Only Mombasa governor Hassan Joho speaks the naked truth in the face of the president.

The president is already in panic mode and shivering from a possible united opposition front; he is grabbing every leaf to cling on. Raila has the 2017 presidency to lose. He is not playing smart enough; he must make moves beyond rigging baby cries.