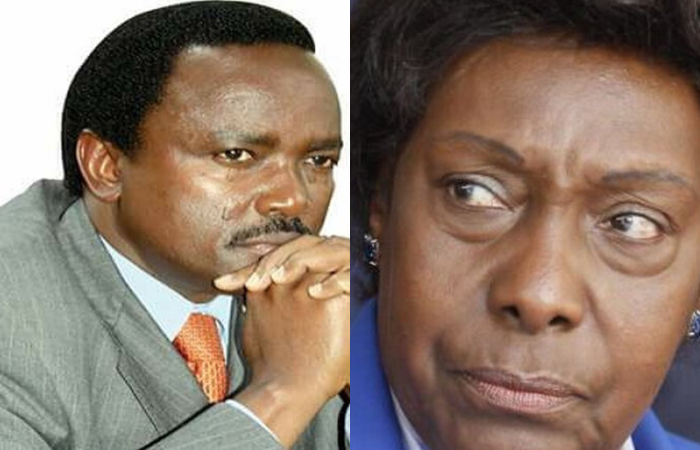 But Kalonzo was not happy with the presence of governor Charity Ngilu during the meeting held at state house, Nairobi. The former VP believes he is still the undisputed leader of the Kamba people despite his position being under numerous attacks by budding politicians like Alfred Mutua and Makueni Governor Kivutha Kibwana.

Seasoned politicians like Kitui Governor Charity Ngilu has also locked horns with the former VP whom she describes a coward who can not lead the Kamba people.

The two leaders have been embroiled in supremacy wars for a long time but Kalonzo still believes he is the man to represent the interests of his Ukambani backyard without tagging Ngilu. 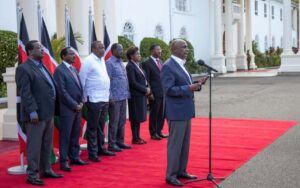 The two leaders been faking a close working relationship while selling BBI in their region but Kalonzo still feels threatened even as pressure mounts on the ‘Super Seven’ to strike a balance and push the Building Bridges Initiative (BBI) through then remain united and form the next government when Kenyatta retires in 2022.

Their biggest threat is the Deputy President William Ruto who is opposing the BBI document and has been running a lone race but raiding rival political blocs and making inroads as he prepares to capture presidency next year.

Other than Ngilu, Kalonzo is also bickering with the DP Ruto who accused him of grabbing the NYS land in Yatta and the ODM leader Raila Odinga who has played him over their 2017 deal in which Raila had promised to back him in 2022.

The relation between Kalonzo and Ngilu is deteriorating at the time when the president calling on the BBI proponents to slow down on intra-alliance wars in order to tackle the DP.

Kenya Insights allows guest blogging, if you want to be published on Kenya’s most authoritative and accurate blog, have an expose, news TIPS, story angles, human interest stories, drop us an email on [email protected] or via Telegram
Related Topics:Charity NgiluKalonzo MusyokaUkambani politics
Up Next