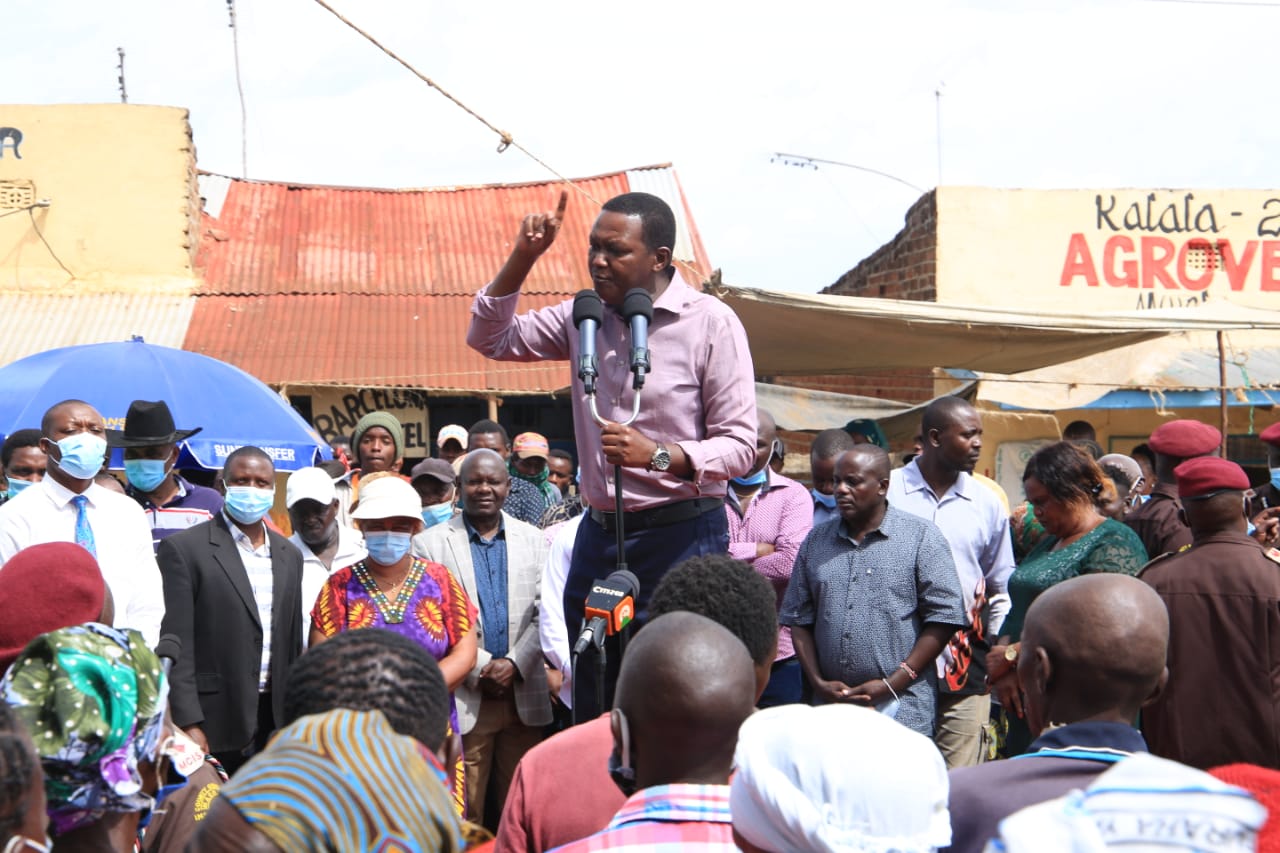 With majority of county assemblies having approved the BBI bill, the next phase is the parliament and eventually the referendum which is scheduled for June.

Tanga Tanga which is affiliated to DP William Ruto has in the past years been openly in opposition to the constitution amendment and campaigned against it even though the efforts didn’t bare fruits in the county assemblies.

Machakos Governor Dr. Alfred Mutua now claims that he has unearthed the secret plan by the DP camp to secretly fund outfits that will campaign against the BBI while taking a laid back position.

“They (TangaTanga) are fence-sitting, I believe they will not come out to oppose the BBI, they will do what they have been doing in by-elections, which is to get another team out there, maybe ‘Linda Katiba’, and fund it.” Said Mutua on Citizen TV.

In the same panel, Soy MP Caleb Kositany had said, “This thing (BBI) is not in our (TangaTanga) line of priorities. All those who are supporting BBI are dishonest people who don’t care about the plight of Kenyans and the state of the economy.”

Martha Karua who’s a member of the Linda Katiba group has slammed Mutua saying his claims are mere propaganda. The group consisted of Activists Boniface Mwangi, Jerotich Seii, Prof Kivutha Kibwana who has since decamped and joined the referendum team and economist David Ndii as the faces of the movement.

In the same interview, Rarieda MP Otiende Amolo hinted at the possibilities of his party leader Raila Odinga being in the presidential ballot. “He has said for now he’s focusing on the BBI…but there are those of us who are clear that the right person to take over, who has won severally and has not gotten the opportunity to lead this country, is Raila Amollo Odinga.” He said when asked whether Raila will be contesting for the presidential seat.

Related Content:  US Poll Predictions and Presidential Politics in the American Polity
Kenya Insights allows guest blogging, if you want to be published on Kenya’s most authoritative and accurate blog, have an expose, news TIPS, story angles, human interest stories, drop us an email on [email protected] or via Telegram
Related Topics:
Up Next

The Final Wish Of The Late Senator Haji