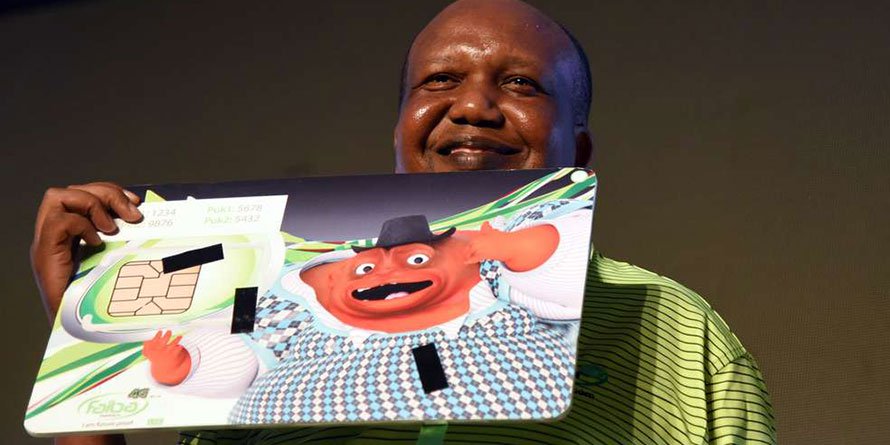 Safaricom remains the telecommunication giant in Kenya with a market share of 71.2 percent in Kenya according to 2016 second quarter statistics report by the Communication Authority of Kenya (CA) this translates to about 28M active subscribers. This leaves other players like Airtel, Telkom Kenya, and Equitel with mere 28.8 percent share scramble.

Jamii Telecoms Ltd is the latest entry into the Mobile Operator market making it the 5th entrant. With a 4G market launch, Faiba has caused serious ripples with many analysts saying it could be the game changer to Safaricom’s dominance that has been in play for more than a decade. However, it is easier said than done, we’ve seen several companies come and go citing unfair market environment attributed to the Saf’s dominance.

Faiba 4G is however not a usual launch, in a country with estimated 86% internet penetration with about 41M Kenyans accessing the internet and majority through their smartphones, Jamii Telecoms saw a perfect opportunity. Famed for the Faiba broadband home and businesses high-speed internet connectivity, they already have a ground with over 120K subscribers to kick them off. 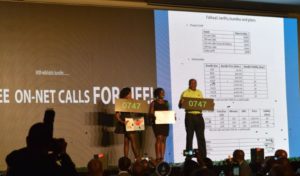 During the launch of Faiba 4G

The Communication Authority of Kenya awarded Jamii the prestigious 4G spectrum amidst complaints, especially from Safaricom that it was unprocedural and that the company didn’t pay the required Sh2.5B for the 4G license. So far only Safaricom and Telkom Kenya have acquired the 800MHz spectrum, Airtel still at 3.75G. Despite the complaints of favoritism, Faiba 4G is officially live with mind-boggling data price tags.

Safaricom which offers highest internet speed compared to its competitors yet have highest data prices in the market is viewed as the main target as Faiba seeks to take a huge chunk of the share. Faiba 4G operates on band 28, 700MHz frequency spectrum, this is both great news and bad. First, it’s great since it will give consumers miraculous internet speeds, from tests, we’ve learned the Faiba 4G speeds goes up to 72Mbps, it also has higher penetration capabilities like into buildings as compared to the 800MHz spectrum now used by Safaricom and Telkom.

Secondly, Faiba 4G is limiting in so many ways; device selectivity, only those with 4G enabled phones with VoLTE features will be able to access their internet or their own Faiba mobile. Most Kenyans own budget smartphones that aren’t necessarily 4G VoLTE enabled thereby limiting the number of people able to use their services.

VoLTE stands for voice over LTE and it’s more or less exactly what it says on the tin. It’s voice calls over a 4G LTE network, rather than the 2G or 3G connections which are usually used. The big advantage of VoLTE is that call quality is superior to 3G or 2G connections as far more data can be transferred over 4G than 2G or 3G.

Faiba 4G promises lifetime on-net calls as long as you have an active data bundle, while this sounds appetizing, it is also limiting that such calls can only happen if both have VoLTE enabled phones and within 4G area, when network signal weakens, the call quality is reduced or disconnects. 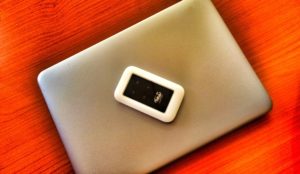 So far, there’s no provider that beats Faiba 4G’s data bundles but the biggest headache that will stall their immediate boom is the device selectivity and also network reachability. Nairobi, Nakuru, Kisumu, Eldoret, Mombasa, and Thika are covered by the Faiba 4G with 300 bases and a plan to extend the bases to 1000 in the next 3 years.

Disrupting Safaricom’s dominance is not a walk in the sand and needs more than a flashy launch with heavenly offers. Reliability, reachability, innovations are some of Safaricom’s confidence zones that have seen them stand firm in the market. Mpesa remains one of re greatest innovations by Safaricom that has made it East Africa’s giant. Kenya, for instance, is synonymous with mobile transactions, the economy is literally running on Mpesa with billions moved across the platform annually.

Mpesa actually could as well be Safaricom’s biggest asset that keeps it afloat. We’ve seen Airtel money even with zero rate transactions, unable to beat of Mpesa, not for anything but reliability, agents are spread all over the country and it’s not a hustle to access your money compared to other providers. Therefore, if Faiba 4G is to hack this, then they must not play the same cards by competitors that have failed but come up with new innovations and strategies to level Mpesa dominance. Faiba Money is set for launch as well. Accessibility of Safaricom network even in the most of remote areas also makes it stand out and a major preference, if Jamii can invest heavily to match up the reach then they’re in the right lane to beat it off.

According to the management, all is not lost for Faiba 4G as they’re likely to change bands from 700MHz depending on the availability of frequencies, this will obviously increase their reach and capture more customers angry for affordable data services. We’re also told they have solid strategies that will spread over the next coming years to totally disrupt and maul a good share of the market. As it stands, it’s a wait and sees situation.

Coming months, Kenyans are likely to witness a brutalizing corporate war as Faiba, Safaricom, Telkom fight for customers loyalty and the data market share. As the giants engage in the brawl, consumers can sit back and expect affordable, quality data services, a competitive market is often a blessing to the consumers. Safaricom is unlikely to let go easily what they have and so is Telkom, Airtel and Equitel both who’re struggling to rise. Faiba 4G as the new entrant has to go an extra mile to make an impact in the market but until then the market is open but literally a one man’s show.

Kenya Insights allows guest blogging, if you want to be published on Kenya’s most authoritative and accurate blog, have an expose, news TIPS, story angles, human interest stories, drop us an email on tip[email protected] or via Telegram
Related Topics:
Up Next

How The Future Of Social Media Marketing Is Going To Be