Jumia Online store is currently embroiled in a self instigated war with a section of Kenyan influencers that the company has been using to market their products online mostly on Twitter.

It all started with a complaint on Twitter raised by a user Osama Otero who accused the firm of withholding his payment of Sh70,000. While using informal conversations, the fed up influencer used the best language he thought could get the attention of the management that he claim has been taking him rounds for too long.

What followed was a demand letter from a law firm. It has become a norm in Kenya for ambulance lawyers to prey on bloggers as an intimidation tactic.

Osama was given 12 hours to delete the ‘defamatory’ sentiments he had made about the marketing official Ms. Christine Mutugi whom he accused of blocking his payments. 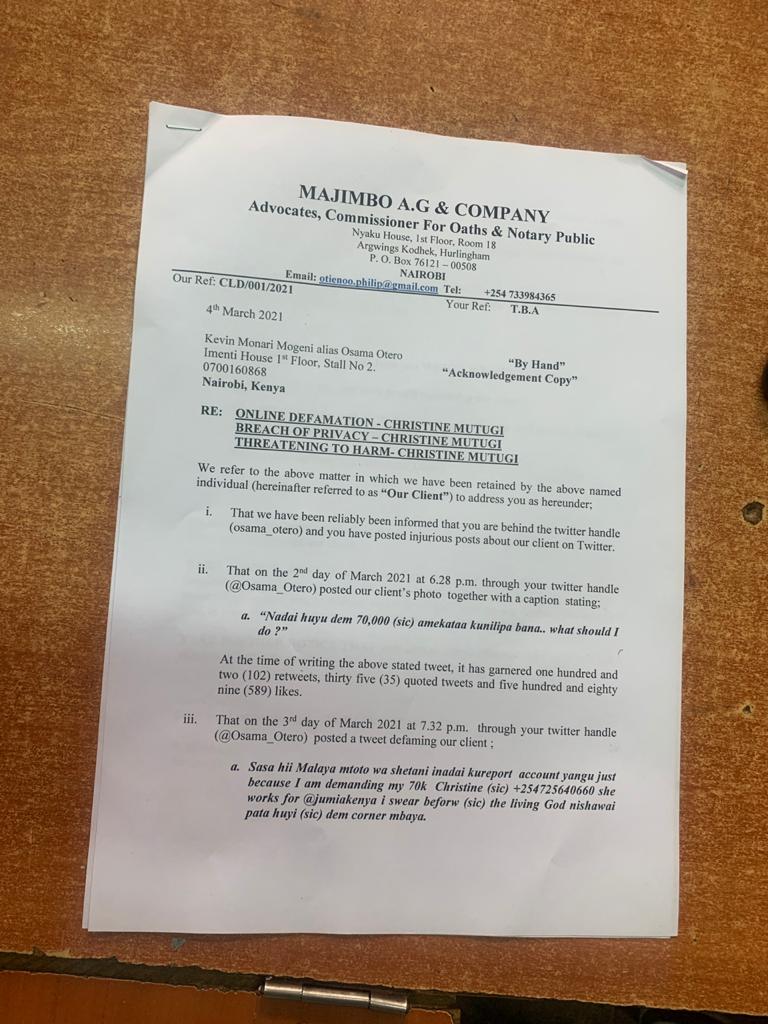 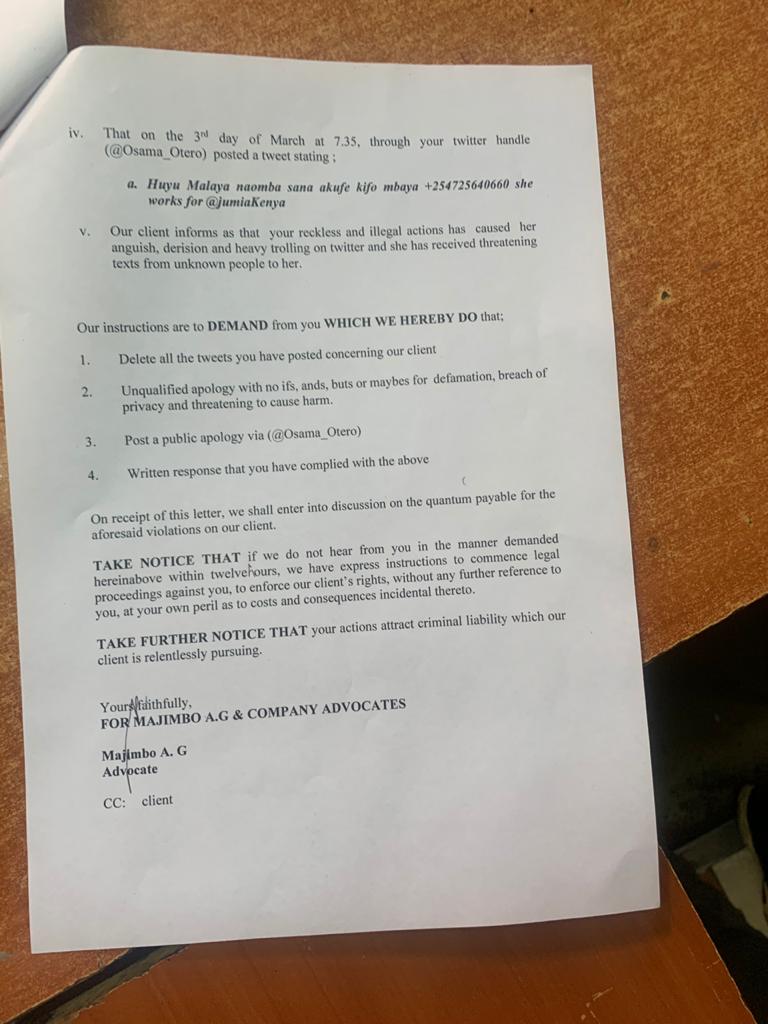 He deleted the tweets in compliance with the the demand letter but the onslaught didn’t end.

He went ahead to cut links with the firm.

I have declared war on @JumiaKenya as a brand an anything on a personal level. Christine and Co. i need my 70k

Then it went further with others joining in to claim mismanagement in the accounting.

. @SamChappatte @JumiaKenya do you know that your marketing team led by Christine do inflate invoices then later compensate themselves with the overpayments? #JumiaExposed

.@JumiaKenya have a 30 day policy on payments for work done. When the rotten marketing team make you write an inflated invoice, you will miraculously receive your payment in less than 30 days. They make it quick because they have their share. #JumiaExposed Cc @SamChappatte https://t.co/OIYHw79SBr

I don't see why jumia can come to innocent influencers who are trying to make ends meet, use their creativity and audience to make and increase sales and vanish with payment,
It's time to uninstall that app.
Hey @Kilimall#JumiaExposed

Nimesota hii Mwezi for no reason juu ya frauds flani 😠

Influencer marketing has been a fret source of income of youths in Kenya where the unemployment rate is close to 60%. It has also become a norm for big corporates who spend millions in mainstream advertising to exploit the emerging marketing force. Some pay very low and some take them in circles to the bitter end of non payment. Osama’s case is not isolated but a one of many who don’t speak out openly for the fear of losing out on other gigs.

It also opened a box of pandora of complaints from others including shoppers in the platform.

They sent me a counterfeit iPhone 8plus which cost me 47k…I returned it to them but they say ati my return reason is invalid😤😤they now indicatedelivered when I have not received the product yet #JumiaExposed pic.twitter.com/UyYkvKrq8t

#JumiaExposed @_CrazyNairobian @Osama_otero Jumia is not just playing with your momey. This is how much Jumia takes from its vendors. Running a shop there is like playing ping pong with your money. 25% of gross sales goes to them, not to mention other fees. @SamChappatte pic.twitter.com/JN68VQL6Ka

Jumia is a leading e-retailer in Kenya and subsidiary of Jumia Grouo and the first Africa-focused tech start-up to list on the New York Stock Exchange.