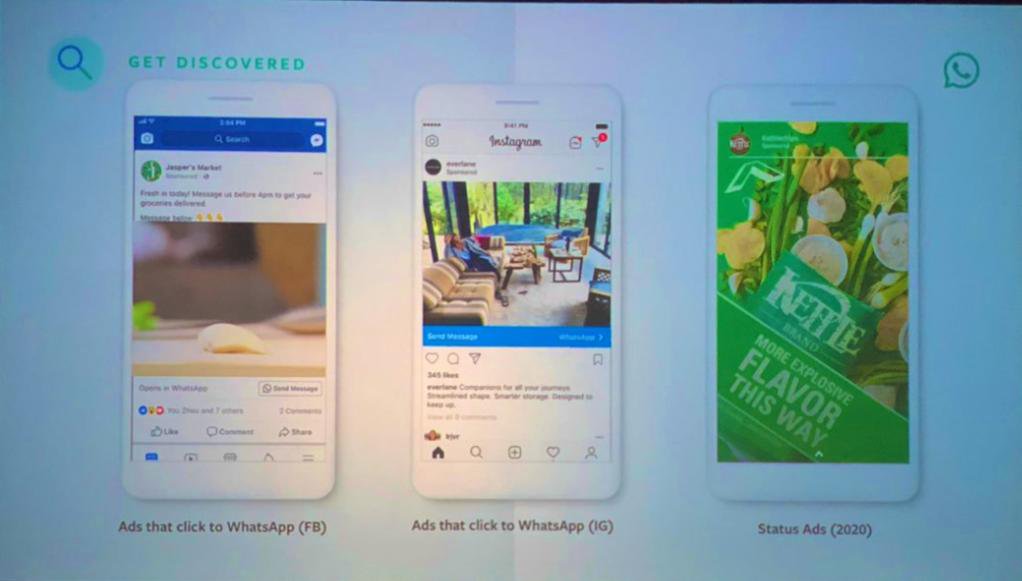 In 2019, WhatsApp introduced a lot of useful features. The Facebook-owned company added the call waiting function, new privacy features and even a Fingerprint unlock feature that gave Android users a more secure alternative to passwords. In 2020, the world’s most popular messaging service will now start posting adverts to the Status section.

Over the years, WhatsApp has remained an ad-free messenger app, but Facebook continues to explore ways to monetize the messaging platform, with over 1.5 billion users, monetising this loyal user base by showing them commercials is the first move Facebook revealed.

– WhatsApp for Businesses to get richer messaging format options

The news have sparked backlash as users threaten to switch to other ad-free messaging apps like Telegram in 2020.

‘Nice. I’m sure half the users will switch over to Telegram,’ one person wrote.

Brian Acton and Jan Koum, former Yahoo employees who founded the app in 2009 and sold it to Facebook both left the company after the new management expressed the direction they want to embark on with the app is more business minded which directly contradicts one of their long-standing promises about the company.

Related Content:  No, Safaricom Was Not Being Simple, Transparent And Honest, Netizens Accuse Firm Of Dishonesty In The New Home Fiber Plan

In 2012, WhatsApp vowed it would never introduce advertising on the app or gather vast amounts of data on its users.

‘Remember, when advertising is involved you the user are the product,’ it wrote in a blog post. ‘Advertising isn’t just the disruption of aesthetics, the insults to your intelligence and the interruption of your train of thought.’

So what does this mean for user data and privacy?

‘At every company that sells ads, a significant portion of their engineering team spends their day tuning data mining, writing better code to collect all your personal data, upgrading the servers that hold all the data and making sure it’s all being logged and collated and sliced and packaged and shipped out.’ Whatsapp wrote.

Maybe it is time to ditch the app!