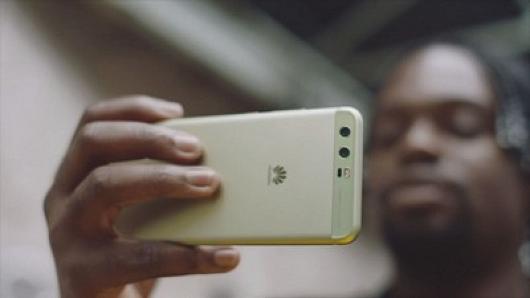 A user hoing through his Huawei phone.

Huawei might be the most popular smartphones beside iPhone but unpopular and not impressing the US Intelligence agencies. The heads of six major US intelligence agencies have warned that American citizens shouldn’t use products and services made by Chinese tech giants Huawei and ZTE. The intelligence chiefs made the recommendation during a Senate Intelligence Committee hearing on Tuesday. The group included the heads of the FBI, the CIA, the NSA, and the director of national intelligence.

During his testimony, FBI Director Chris Wray said the government was “deeply concerned about the risks of allowing any company or entity that is beholden to foreign governments that don’t share our values to gain positions of power inside our telecommunications networks.” He added that this would provide “the capacity to maliciously modify or steal information. And it provides the capacity to conduct undetected espionage.”

These warnings are nothing new. The US intelligence community has long been wary of Huawei, which was founded by a former engineer in China’s People’s Liberation Army and has been described by US politicians as “effectively an arm of the Chinese government.” This caution led to a ban on Huawei bidding for US government contracts in 2014, and it’s now causing problems for the company’s push into consumer electronics.

Although Huawei started life as a telecoms firm, creating hardware for communications infrastructure, the company’s smartphones have proved incredibly successful in recent years. Last September, it even surpassed Apple as the world’s second-biggest smartphone maker, behind Samsung.

Huawei has unsuccessfully tried to make inroads into the prestigious American market that is dominated by Apple and Samsung but attempts have been blocked on several occasions.

Related Content:  Mysteries of McKinsey & Company, the firm Kenya Power Intended to Hire as Management Consultant and why it flopped.

US lawmakers are currently considering a bill that would ban government employees from using Huawei and ZTE phones altogether. During Tuesday’s hearing, Republican Senator Richard Burr, chairman of the Senate Intelligence Committee, said: “The focus of my concern today is China, and specifically Chinese telecoms like Huawei and ZTE, that are widely understood to have extraordinary ties to the Chinese government.”

New developments from the US Intelligence community is a real worry to Kenyans as well, see, Kenya’s biggest telecommunication company who also happens to have won the national security CCTV tender, runs their facility on Huawei. Simply put, Kenya’s security system runs on Huawei and now with spying accusations, China is probably spying on Kenya which ideally doesn’t come as a surprise.

Word on the ground is the Kenyan government was warned against contracting Huawei who have links with the Chinese government but went ahead. The awarding of the tender was as shrewd as many, Safaricom bloated the tender value in a case that has even ended up in the courts. Conspiring with powerful individuals in government, Safaricom was allegedly single-sourced the tender for Sh45B which they then subcontracted Huawei to supply, install and maintain the security facility at Sh15B with the rest Sh30B moving to unknown accounts.

Kenyans have little success stories to tell since much of the CCTV have failed to unravel for example assassinations. Apart from security forces running on Huawei, the phone brand remains Safaricom’s best-selling smartphone posing the real levels of threats should spying be confirmed in Kenya.

Recently, China was found to be spying on the African Union Headquarters where they had installed the sound equipment and security facility. Kenya is a key business hub for the Chinese and the region and given the close ties the country enjoys with the East, it really wouldn’t come as a surprise.

Doping Of Kenyan Athletes, Italian Agent Federico Rosa Is Running Down Our Best