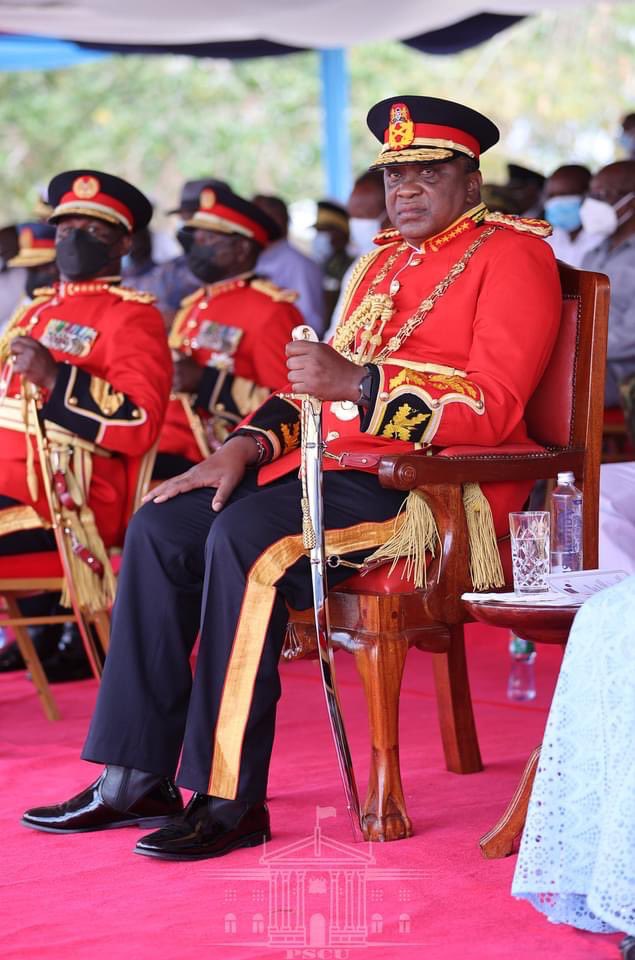 President Uhuru Kenyatta has vowed to protect and preserve Kenya’s territory by all means.

Responding to Tuesday ruling by the International Court of Justice (ICJ) that largely favours Somalia in its dispute with Kenya, President Kenyatta tore into the judgment firmly stating that Kenya rejects it in totality and would not recognise the court’s findings.

“While Kenya is not surprised at the decision, it is profoundly concerned by the import of the decision and its implications for the Horn of Africa region, and international law generally…The decision embodies a perpetuation of the ICJ’s jurisdictional overreach and raises a fundamental question on the respect of the sovereignty and consent of States to international judicial processes. International tribunals have jurisdiction ONLY to the extent of CONSENT by a State” he said in a strongly-worded statement issued from the US moments after addressing a United Nations Security Council meeting.

He assured as the commander in chief, he was committed to solving the issue amicably while urging for calm stating that the government was seized of the matter.

“I do not intend to abrogate my solemn oath; and, I will do everything possible as President and Commander-in-Chief, to preserve the territory of this our great Republic and bequeath the same, intact and unencumbered, to the next President when my term expires in less than a year’s time” he said.

He noted that the judgement would obviously strain the relations between the two countries.

“Kenya and Somalia are neighbouring States, with a common border, and communities with shared social, cultural and religious practices. This decision is, in the circumstances, a zero-sum game, which will strain the relations between the two countries. It will also reverse the social, political and economic gains; and potentially aggravate the peace and security situation in the fragile Horn of Africa Region” he pointed out.

Related Content:  Why Kenya Has Pulled Out From ICJ Maritime Dispute With Somalia

He called on the international community to respect Kenya’s sovereignty and her inherent right to protects its territory by all means.

“Kenya, like other independent Countries, possesses a determined geographical territory. As a devoted member of the United Nations, the United Nations Security Council as well as the African Union’s Peace and Security Council, we beseech the rest of the family of Nations to appreciate and respect our inherent right to protect, by all available means, our territory” said the head of state.

He said Kenya will pursue the matter through the institutions of the African Union such as the African Union Border Programme and its Peace and Security, architecture, in addition to other bilateral arrangements.

“Nonetheless, Kenya is committed to a diplomatic solution of the current impasse. In this regard, Kenya, as a key proponent of respect for the principle of subsidiarity as a catalyst for African Solutions for African Problems, will resolve this matter through the institutions of the African Union such as the African Union Border Programme and its Peace and Security, architecture, in addition to other bilateral arrangements”

Kenya Insights allows guest blogging, if you want to be published on Kenya’s most authoritative and accurate blog, have an expose, news TIPS, story angles, human interest stories, drop us an email on tips.kenyainsights@gmail.com or via Telegram
Related Topics:International Court of Justice (ICJ)Kenya-Somalia maritime disputeSomaliaUhuru Kenyatta
Up Next