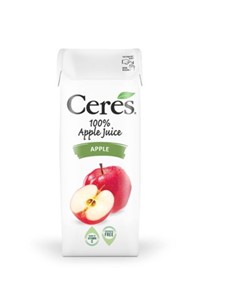 Pioneer Foods, one of the largest food and beverage manufacturer in South Africa (SA), has announced a recall of several LiquiFruit brands owing to elevated levels of mould toxins, and Ceres apple juice products sold outside the homeland country.

While making the recall public, COMESA Competition Commission to six Comesa countries including Kenya said the recall by Pioneer Foods follows laboratory tests and engagements with the local supplier of the apple juice concentrate used in the reconstitution of the concentrate into apple juice.

The the commission has warned that the supplied juice in question concentrate contains patulin levels higher than the legal threshold of 50 parts per billion (microgram/kg).

The company’s investigation has confirmed that a limited quantity of apple juice concentrate supplied to them contained elevated levels of patulin, a mould toxin mainly found in rotting apples. The recall is based on the presence of patulin in a concentration of more than 50 parts per billion (ppb), which is the regulatory threshold.

The World Health Organization states mycotoxins are naturally occurring toxins created by certain moulds that can be found in apples and apple products. The risk of consuming patulin exceeding 50μg/l may lead to vomiting, nausea and gastrointestinal symptoms.

A spot-check carried out on Wednesday afternoon showed the products were still retailing in several retail outlets within Nairobi.

Kenya Bureau of Standards (Kebs) has not publicly issued a position on the recall.

Those who have products on the recall list are urged to return them to the retailer from which they were purchased, to receive a full refund.

Related Content:  Popular Nigerian Televangelist Pastor TB Joshua Is Dead
Kenya Insights allows guest blogging, if you want to be published on Kenya’s most authoritative and accurate blog, have an expose, news TIPS, story angles, human interest stories, drop us an email on [email protected] or via Telegram
Related Topics:Ceres juicepioneer foods
Up Next