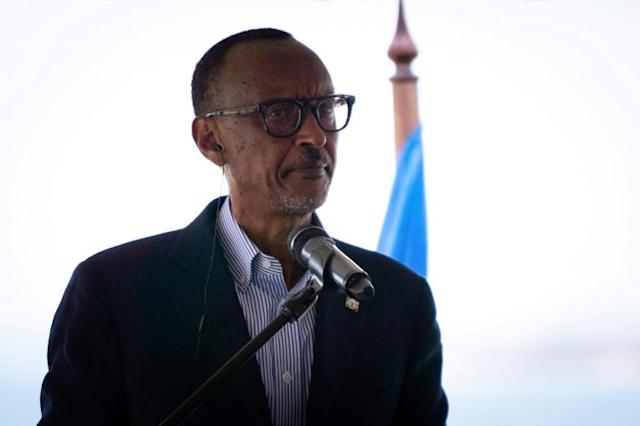 Several people have fallen foul of Rwandan authorities after turning to YouTube to publish content critical of Paul Kagame's government.

Rwandan police on Thursday announced the arrest of six people including the owner of a popular YouTube channel and three opposition party members for “spreading rumours” intended to undermine the government.

The arrests came two weeks after a court sentenced a prominent YouTube commentator and genocide survivor to 15 years in prison for “inciting violence” following her criticism of President Paul Kagame.

In the latest round-up Wednesday, police took six people into custody including Nsengimana Theoneste, the owner of Umubavu TV — a YouTube channel with over 16 million views, which has previously urged Rwandans to denounce human rights abuses allegedly instigated by the government against citizens.

“They are an organised group with the intention to spread rumours intended to cause uprising or unrest among the population using different social media platforms,” Thierry Murangira, spokesman for the Rwanda Investigation Bureau (RIB), told AFP Thursday.

In a statement Wednesday, RIB urged Rwandans to be wary of social media commentators seeking to “undermine national security” and the government.

“Anyone arrested will be prosecuted in accordance with the law,” it added.

Three of those arrested belong to the unregistered Dalfa Umurunzi (Development and Liberty for All) opposition party, said leader and founder Victoire Ingabire.

“I take this as intimidation,” she told AFP.

“I don’t know what the rumours they are arrested for are about.”

Ingabire returned from exile in 2010 to run against Kagame, but was arrested and jailed for eight years on terrorism charges, a term later extended to 15 years. She was released by presidential pardon in 2018.

Several people have fallen foul of Rwandan authorities after turning to YouTube to publish content critical of the Kagame government, raising concern among international rights groups.

Last month Yvonne Idamage, a 42-year-old mother of four, was convicted of six charges, sentenced to 15 years behind bars and fined the equivalent of $2,000 after she accused Kagame and his government of dictatorship.

Rwanda, ruled by Kagame since the end of the 1994 genocide which left some 800,000 mainly ethnic Tutsi dead, has often come under fire for rights abuses and a crackdown on freedom of speech, critics and the opposition.

In March, Human Rights Watch voiced alarm over Kigali’s crackdown on people using YouTube or blogs to speak out about sometimes controversial issues in Rwanda.

HRW said then that at least eight people reporting or commenting on current affairs — notably the impact of strict anti-Covid measures which have hit the poor hard — have been threatened, arrested or prosecuted in the past year.

Kenya Insights allows guest blogging, if you want to be published on Kenya’s most authoritative and accurate blog, have an expose, news TIPS, story angles, human interest stories, drop us an email on [email protected] or via Telegram
Related Topics:Paul KagameRwandayoutubers
Up Next