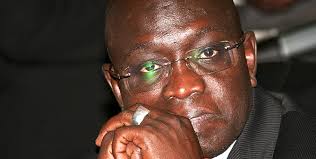 Desperate moments call for desperate measures, the former chief executive of the Committee of Experts; Dr. Ekuro Aukot was once a relevant man who enjoyed the limelight. Those days are gone, and he is the exact opposite now. Am told he is going to vie for the presidency in Thirdway Alliance Kenya; a movement he purports to be representing a better alternative to rescue Kenya from tribalism and poor leadership.
Dr. Ekuro is a respected academician who can do something better, not representing himself as a busy body desperate for a government job. There is no place for the third force in the current political layout, in politics, you are either for or against something. You can’t challenge the government and the opposition at the same time. That is total confusion.

These are futile attempts that were once harbored by the likes of Raila’s sycophant James Orengo, Martha Karua, Koigi wa Mwere and so on. These individuals had their dreams crushed by politicians who had deep pockets and ability to mobilize their tribes to rally behind them. Ekuro should not flatter himself thinking that the times have changed and Kenyans have learnt.

Kenyans never learn, especially if your intention is to desperately criticize the government and opposition to get a job. It’s no secret this guy applied to be appointed a cabinet secretary, why then should he turn to campaign through his Twitter handle to discredit the same administration he wanted to sever in? What changed and what difference would he bring in case his midday dreams came true?
Characters like him are known, trying so hard to be political saints, but they represent nothing fresh other their names. This guy cannot decline cabinet appointment neither can he decline to be ODM/Cord’s legal adviser. He is not any different from the guy from Emunyulia (Baraka Muluka) who does nothing other than criticizing his former boss, Raila Odinga.

Muluka is so desperate for a government job to the extent of dreaming of President Uhuru passing by his village and have his elders request the president to appoint their son (Muluka) to work in his administration. ‘Kizuri chajiuza, kibaya chajitangaza’ the Swahilis say. PLO Lumumba tried this, spoke all the vocs, got tired and hid, Tony Gachoka was on a mouth running spree; spoke every political nonsense for and against both sides of the political divides. He got no job and went underground.

Ekuro should identify what he stands for, the sad story he is telling of being a son of a nomad from Turkana is not any from that told by the hustler, DP William Ruto. No one pays attention to that. And is he joining politics because some folks have been in the game for a minute? It’s your relevance that will determine your longevity.

Enough said third force has no place in the current politics, even Ababu who had or has similar dreams got lost in the air and landed in the arms of an old granny Dr. Julia Ojiambo to bring ‘change.’ The battle lines have been drawn, and the 2017 polls are going to be a two-horse race between President Kenyatta and the Former Prime Minister, Raila Odinga.

That’s the sad fact, even ANC Leader Musalia Mudavadi who finished third in previous general elections is already indicating his willingness to join hands with Cord. If you can’t beat them you join them, Musalia is former Vice President and Deputy Prime Minister of Kenya, who is Ekuro? He is a political nobody who has never beaten even a village elder in a political contest. What has he to unseat Uhuru or end Raila’s long time in politics?

Related Content:  Kibra: Mariga Concedes Defeat To Imran Okoth
Kenya Insights allows guest blogging, if you want to be published on Kenya’s most authoritative and accurate blog, have an expose, news TIPS, story angles, human interest stories, drop us an email on [email protected] or via Telegram
Related Topics:OpinionPoliticsRaila OdingaUhuru Kenyatta
Up Next