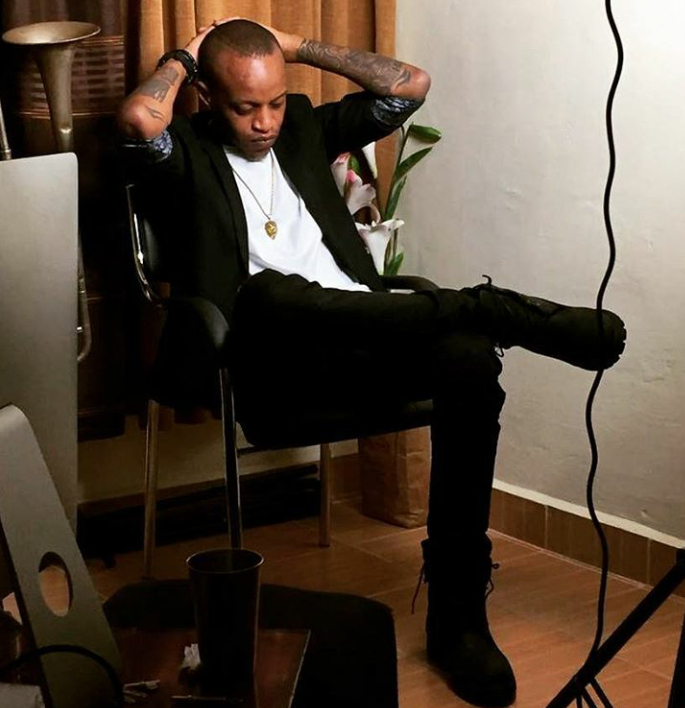 Kenya’s most prolific rapper who prides himself as the king of new age hip-hop music and trendsetter in Kenya could be in more trouble that could see him behind bars and not spit the bars. This comes in the wake of renewed trail on the international narcotics ring in Kenya that has since seen the rushed and unprocedural extradition of the Akasha brothers who’re marked by the U.S. Drug net intelligence unit DEA as kingpins in the region’s narcotics trafficking.

The war on drugs has been renewed given president’s political agenda in the Coastal region that has been adversely affected by the narcotics supply. Experts are projecting multiple political points scoring for the Jubilee duo in the Coastal towns in their last minute real or plastic fight on drugs.

Even though currently the government’s eyes are closed in on the Coast where critics view as a motive to frustrate Joho’s extraordinary influence in the region, the President has more to calculate on as his close allies and party financiers are targeted by the U.S. Intelligence.

Despite not making it official in their latest update, the standard reported that DEA have renewed their efforts and reopened the 2010’s dossier that ass names like Eugene Wamalwa, Simon Mbugua, Humphrey Kariuki, Mike Sonko, William Kabogo, Mary Wambui all allies of jubilee named in the narcotics ring alongside Joho and his brother Abubakar and businessman Ali.

The names were made public by them security minister George Saitoti who later perished in a mysterious chopper crash with his assistant Orwa Ojode. The suspects were questioned by the police and reports exonerated over the same allegations made by the Obama administration. One of the worst hit was Harun Mwau who had his assets in the U.S. frozen.

Related Content:  11 State Agencies to be investigated over money laundering.

Kenya Insights has learned that Prezzo and his mother are also on the radar. According to an interim report on drug trafficking investigations of 2011 by the Kenya police in our possession, Dinah Boke Makini, Prezzo’s mother was widely questioned on trafficking suspicions especially in her linkages with Governor Kabogo who the cables described as stupidly wealthy with questionable sources and deeply linked into the network. The investigations could not tie her down to the criminal ring as there was no enough evidence to the affirmation.

Jackson Makini, Prezzo was also questioned extensively by the police on suspicions he was linked to the narcotics ring that enjoyed impunity. Prezzo’s close relations with Kabogo drew the major lines and leads for investigators. He naturally denied allegations; there was no evidence gathered to tie him down just like the rest of suspects. Subsequently, he was exonerated. Prezzo who’s a commercial farmer in Narok has maintained a lavish lifestyle despite making minimal income from music.

The extradition of the Akasha brothers is making those marked by U.S. Intelligence have sleepless nights with President Uhuru giving affirmations that the war has just begun.

How Not To Fight Drugs War