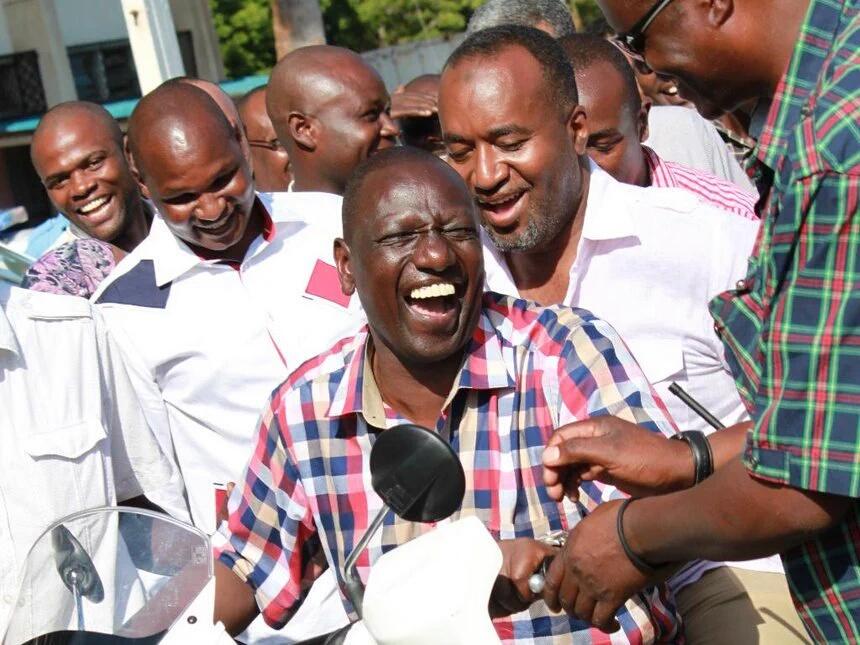 Suddenly the President who admitted to being powerless in fighting corruption that according to EACC has been milking Sh700B annually from the taxpayers, Uhuru and Jubilee have found the magical energy to fight drug trafficking. This is a bold step that must be supported. Drugs have destroyed families and reduced society’s productivity therefore only a devil’s advocate would be against fighting off drugs.

The legitimacy of this war that has drawn political daggers from both sides sets the stage for nothing but verbal exchanges. War on drugs is a serious issue not ping pong game tossed back and forth for political reasons. Playing with this for political scoring is nothing but catastrophic.

How committed and genuine is Uhuru’s regime in fighting the drugs cartel in Kenya? We will use basic examples. First off, it’s only fair to note that the Akasha brothers extradition has everything to do with the US and not Kenya. It’s them who’ve been trailing this dark web with the minimal closure of the case to Kenya’s authorities since the reality is, a good number are compromised by the cartel. Being a political season, Akasha’s extradition which was solely America’s work in fighting drugs gave them a space to take credits that in the normal setting they wouldn’t have scored.

Since ascension to power, Jubilee has given more lip service on the drugs fight than I can remember but things often die as soon as cameras shut. Kenya has invested millions of not billions in the fight against drugs and not only in the Jubilee’s reign but past decade; The government is yet to having successfully investigated, found tight proof evidence to prosecute a single major drug baron. This shows the deliberate laxity and sheer incompetence in the forces.

It’s ridiculous and mocking to the authority of the country when for example the President and his Deputy walk around the country giving insubstantial warnings claiming to have nailing evidence to tie down a politician to drug trafficking. It’s No longer a secret that Mombasa Governor Joho has been the target of this superficial war on drugs. One wonders why the government has to engage in rhetoric while they can use evidence alleged to be in existence to nail and prosecute the named politician. All mouth and no action are only mendacious. Since inception, Jubilee is yet to successfully investigate and prosecute any single large scale drug trafficking case, but they’ve successfully won in shouting loudest in the supposed war.

It gets more hilarious and hypocrisy unsheltered when the government is coming out partisan by downplaying names of suspected drug barons affiliated to Jubilee party. Seeing Sonko take the Mic from Ruto to loud drugs fighting sentiments happens to be the climax of this hypocrisy given that the Nairobi senator is amongst those named by U.S. as a drug baron. If there were genuineness or perhaps a sensible strategy, The names jubilee politicians would be kept the farthest until this script dies.

Speaking of dying, a junk of drug cases in Kenya have been stalled mostly because of unsatisfactory evidence. President Uhuru blew up a ship in Mombasa with drug haul with billions. Latest from the case, someone challenged that the President didn’t destroy drugs but content he destroyed was fertilizer, The ship which was blown contrary to court’s directive had been yet another of many drug cases that dance in and out of courts without a true end game.

After the extradition of the Akasha brothers to the US last week, the government declared that that marked the beginning of the war on trade in narcotics. It’s going full bore on the war to crash the Narco-trafficking rings in the country. Akasha brothers were the biggest drug lords in the region under the radar of the DEA (Drug Enforcement Authority) that requested for their extradition to have them face charges in New York.

An overall responsibility being omitted in the just declared war is notable. With the elections nearing, the war has swiftly taken a political twist, completely losing its sense. This is casting a huge doubt on the intention of the war. Questions linger about where the meaning of priority and political good will is.

All these were six years ago mentioned in parliament by then security minister, the Late George George Saitoti. The list also included ‘small dealers’ as the rap king Jackson Makini aka Prezzo. They all denied the accusations.

Now with the war reignited, its spirit is as though it is a political fight to nail drug barons allied to the opposition. All Jubilee eyes are on the Mombasa Governor Hassan Joho. Joho is Raila Odinga’s (opposition leader) at the Coast who has been in endless political battles with the ruling Jubilee administration. He’s a staunch critic of Jubilee administration. Early in the year, his attacks on the government forced the President to cut short his tour of the coast.

With the twist, the steps will not get the job done. It appears to be a plan calibrated to provoke the influential opposition figures that have rejected payolas to defect to the government side. To say that the opposition is protecting drug barons or benefitting from the narcotics trade is not a big deal. The World over, drug barons are known to be having protective links with the government.

Most of those named in this list are aligned to the government, Kabogo, Sonko, Mbugua and Mary Wambui to mention a few who are also Jubilee sycophants and lip machines. Fight with a blind, not a political eye and the war will be legitimate. Right now it’s a political war on drugs, targeting the minority in opposition, ignoring the majority in government. The Akashas are just but a collateral damage.

Related Content:  How Transnational Cartels Dictates What You Take For Breakfast In Kenya

The government has all the necessary machinery to fight a legitimate war on drugs without blaming the opposition. Put the mechanism in order, DP William Ruto has admitted there are cops ‘bought’ by drug barons and is promising action. Maybe money has been set aside for the work.

The war is on now, kick out the rogue cops and grab all the drug barons by their ankles and throw them in the jail. The government should not wait for the DEA to wake them up from the slumber beds just to turn the war into ‘a political currency.’

The government must not engage in empty talks and issue sham warnings. As the authority, they have the power to investigate and successfully prosecute these drug barons without dragging the country through a political rhetoric. Let’s have Jubilee successfully pursue a drug lord within the land and not waiting for the American government to do the donkey job then hop in like a matatu conductor to take credits.