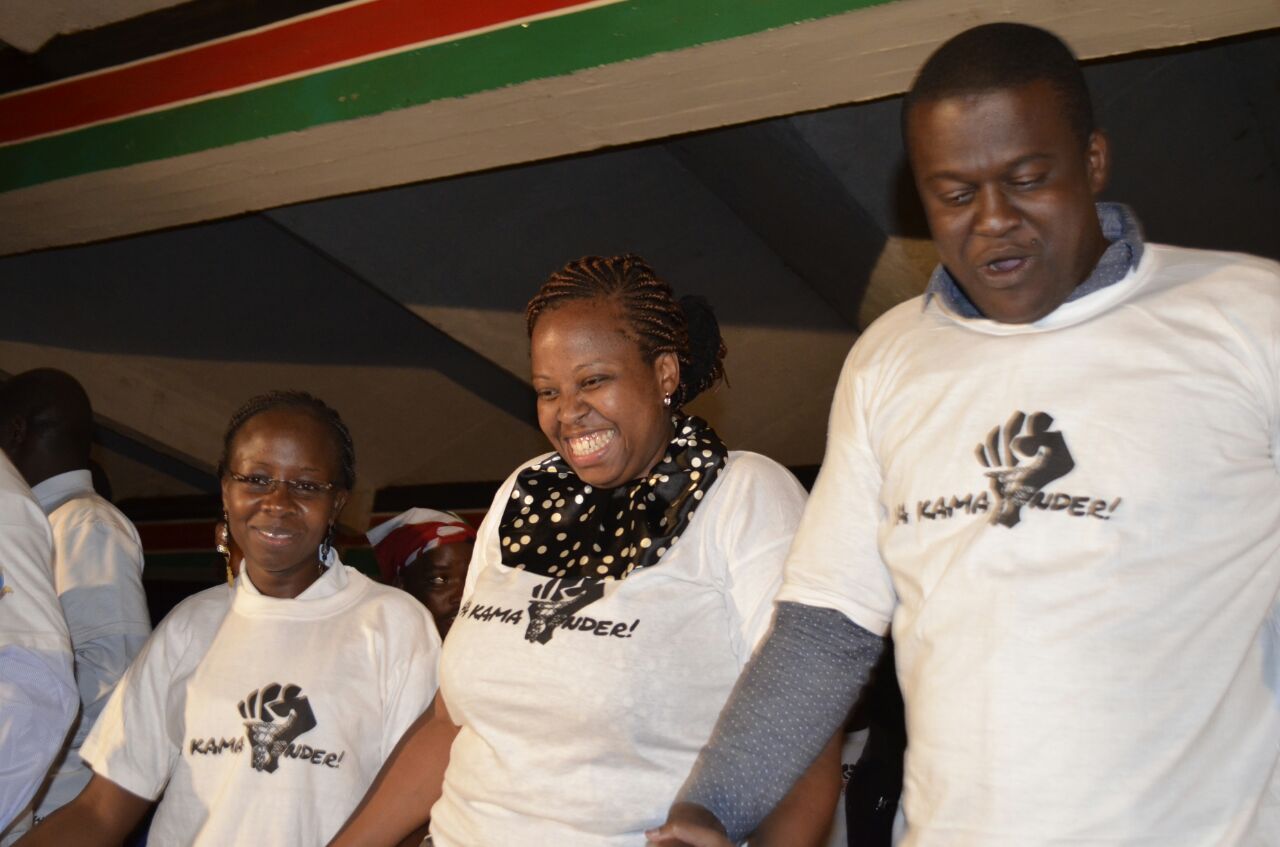 From the onset of doctors strike, if there’s anything that has been more consistent then it is a sustained script by the so-called government bloggers largely known as the 36 bloggers with back-end intention to demonize union officials who’ve proved to be a hard nut to crack in the intimidation and blackmail filled negotiations with the agents of the state.

The computer generated posts that initially posted by Oliver Mathenge a correspondent with the Star newspaper and latest recruit into the damaging Statehouse communication team and a seemingly expert in mediocrity. Different timelines pokes the fallacy.

It is floated that the government allocated Sh.20M to the online mercenaries as a motivation to hammer and incite the public against the striking doctors. However, every time they pourepoured their bigotry online, they were quickly shut down with facts, a critical weapon that’s lacking in their warfare. One of the many countless campaigns against doctors being #GreedyDoctors tuned to make doctors look selfish for turning down an offer that never existed. Like all of them, the campaign failed terribly, ass flat.

They say it’s not the size of the tool that matter but how you use it, the 36 bloggers have a single engagement weapon plainly called assholery where engaging the brains is fatal and one must disengage the thinking organ at all the time. For two months, the same damn song calling doctors names and failed to achieve mission has been on replay making them look more of a heap of garbage. It pains thinking your taxes is being used to fund such immense dumb holler.

The government in camera has insisted to being honest in negotiations with the doctors while behind the scenes actively engaging in futile, primitive negotiations tactics borrowed from the KANU books. Intimidation on doctors union has dominated the negotiation process. The build-up ended in doctors being jailed and transferred to different prisons to torture them further psychologically.

COTU Sec Gen Atwoli was brought in to mediate the negotiations, but sooner the doctors read mischief in his engagements and turned down his offer. Sources intimate with the process tell Kenya Insights that Atwoli was a government’s decoy and didn’t come to negotiate but rather intimidate and coerce the ‘hard headed’ doctors into calling off the strikes. Instead of negotiating, Atwoli we’re told brought with him ‘tokens of appreciation’ to the doctors in brown envelopes as a speedy strategy to seduce the doctors into submission. The shock on him, doctors refused his bribes then he resorted to blackmail. Atwoli threatened to deregister KMPDU from the labor union. Unfortunately for him, his ancient negotiations cards hit a slamming wall.

The latest of many communication blunders that have reduced Statehouse to the biggest laughing stock in the continent right now due to a pathetically constituted digital team, involved creation of fake Facebook posts bearing ethnic venom. This was well calculated to paint the defiant KMPDU Sec Gen Oluga as a tribal bigot. Before that when the doctors were holding their welcome back party for the released doctors, someone captured a video of doctors selling their merchandise and pushed it that the doctors were bribing demonstrators in the filled up Uhuru Park meeting.

The doctor caught in the video, and purported as giving “handouts” to doctors we’ve established is a Dr. Ahmed Nasir, who was part of the team that separated the Siamese twins in Kenyatta National Hospital a few months back and a neurosurgery resident at Kenyatta National Hospital/ University of Nairobi in his 5th year of masters degree. They were selling wristbands and other union merchandise to raise funds for the union so that you know.

To illustrate the scheme to demonize union officials further, I used single editing feature on Facebook to create a fake post a trick that was most obviously used. Pick a post from post, edit and make yourself look like a prophet. The old trick has been in play for a minute. There are other software applications for generating fake Facebook posts too.

As I’ve stated, The time for monkey business is over. We have a real crisis here to deal with and can’t afford to be swayed from the main course by a bunch of clueless strategists with no strategies. As it stands the poor in this country continue to suffer without doctors and the middle class too has been slapped with the reality. Private hospitals are packed and turning away new patients. The crisis is becoming real.

Serious negotiations must be prioritized and the endless futile propaganda put into brakes. This is not the time to prove how overwhelming of a fool one is with such embarrassing propaganda but closing heads together with interest of the country to solve the standoff.

Related Content:  How Nairobi Hospital Roped In Medical Board To Avoid Probe In A Botched Breast Enlargement Surgery Of June Wanza
Kenya Insights allows guest blogging, if you want to be published on Kenya’s most authoritative and accurate blog, have an expose, news TIPS, story angles, human interest stories, drop us an email on [email protected] or via Telegram
Related Topics:
Up Next

US Congressman Reveals How Kenya Is To Spend Sh.20B More On Buying Wrong Planes At Double Price From A Company That Don’t Make Them

How Not To Fight Drugs War