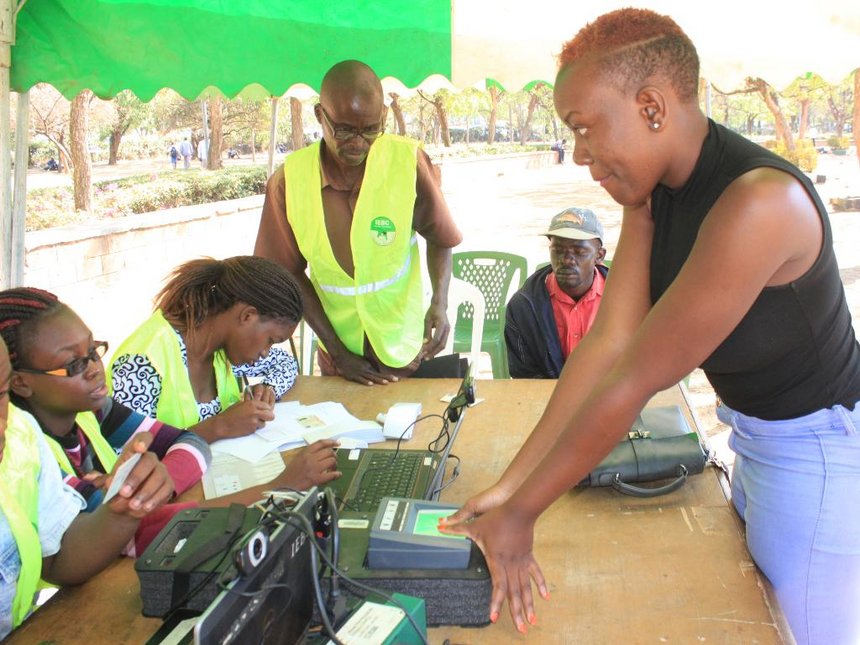 The last round of voters registration before the general elections is now on it’s the last countdown before the exercise is wrapped up. Activities in the country have stopped with unwritten political campaigns hitting the trail. The NASA faction is moving across all corners with the main theme of mobilizing and ensuring maximized registration of voters in their strongholds with the game of numbers set to be the determinant in August poll.

Correspondingly, Jubilee Party has called off official government duties to close in their heads in the voter recruit rush. We Learn that a good number of cabinet secretaries have been deployed to their home counties to supervise and mobilize for the registration. It is no secret that the President and his Deputy Ruto are in full campaign mode traversing the country with the conventional launching of projects while embarking on voters registration.

According to a new revelation by The Standard, public servants, and telecommunication services providers; Safaricom, Airtel, and Orange are involved in the audacious voter recruiting exercise in the Mt.Kenya region a predominant Jubilee ground. The vexed scheme that is done in utmost secrecy adds to CORD’s assertions that the government is engaging in unethical behavior early in the electoral process to jeopardize the credibility of August polls.

Endless loopholes have been faulted in the IEBC system with double registration being a chronic bug in the process, Raila recently said IEBC officials are strategically infiltrating the system to record abnormal numbers in the Jubilee dominant regions. In the latest to be revealed scheme, In a closely guarded project carried out by top government officials, chiefs and their assistants have been given the trench work of leading voter registration within their areas.

The junior administrators have been issued with raw data, possibly from mobile phone companies and Registrar of Persons, capturing details of subscribers that include ID numbers and phone numbers to contact them directly. This buttoned up scheme is meant to coerce those unwilling to register as voters into doing so.

The chiefs are financed by the government for this exercise and expected to table returns to the county commissioners. They are supplied with raw data on the targeted persons fetched from mobile phone service providers and registrar of political parties a backdoor and illegal route that brings in confidentiality questions.

It appears that all ID numbers from perceived Jubilee strongholds have been run through the IEBC voters register to find out their registration status. The Chiefs have been issued with sheets of papers containing mobile numbers of all residents within their locations and sub locations who are not registered. Chiefs are supplied with airtime to call all the potential recruits who are persuaded by money taken clothed as ‘fare’ to the registration center.

Administration officers have been called to secretive meetings which they’re instructed not to attend in official uniforms to keep off public’s hawk eyes. One such meeting according to The Standard sources, held at ACK hall in Nyeri Town last Saturday was addressed by ICT Cabinet Secretary Joe Mucheru and Senator Mutahi Kagwe. The data was supplied by an official from the Office of the President only identified as Ms. Muriuki.

The President is worried about low registration numbers and more so the opposition unity that is threatening his chances of retaining the seat making this recruitment a do or die for him. The chiefs are under stiff conditions to recruit everyone to the last number, and I’m worst cases follow individuals to their homes.

Related Content:  Who Is Rwanda’s Paul Rusesabagina?
Kenya Insights allows guest blogging, if you want to be published on Kenya’s most authoritative and accurate blog, have an expose, news TIPS, story angles, human interest stories, drop us an email on [email protected] or via Telegram
Related Topics:
Up Next