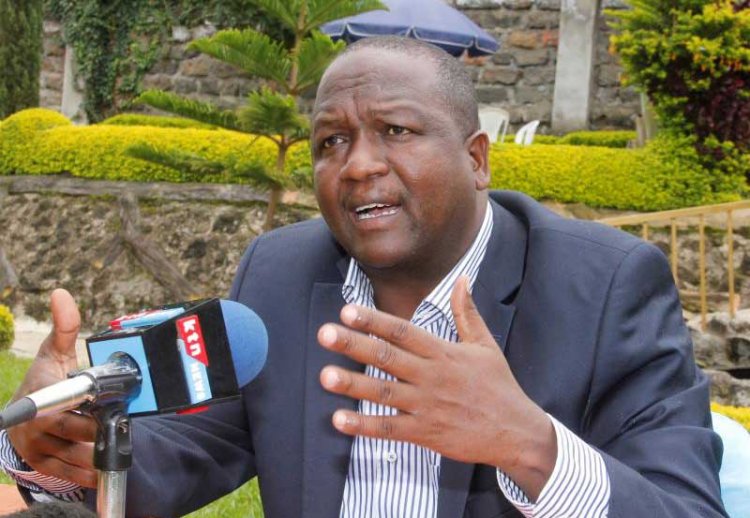 Detectives from the Directorate of Criminal Investigations (DCI) have arrested Tiaty MP William Kamket and driven him to Nakuru where he will be interrogated over his role in plotting the deadly skirmishes currently being witnessed in Laikipia and Baringo counties.

Baringo County Police Commander Robinson Ndiwa confirmed the arrest of the controversial law maker who will answer to charges of incitement regarding the chaos being witnessed in Laikipia which has been invaded by dangerously armed herders who come from his constituency.

“Today, we have arrested Tiaty MP where the herders come from. Those herders are the people who have been employed to look after the animals for prominent people, the MP being included ……So we arrested the MP to come and answer the charges of incitement and clashes in regard to what has been going on in Laikipia and Baringo.” Ndiwa said.

Ndiwa also said that the police has launched an operation but they are facing heavy resistance from the armed herders who are leading the banditry attacks which have claimed ten eights lives.

According to Rift Valley Regional Commissioner George Natembeya the bandits killed five civilians and three police officers who deployed to enforce security in Laikipia. Natembeya who spoke on Wednesday claimed that the deaths occurred before the security operation began on Tuesday as public raised complaints that police only came after one of their own was killed.

The state is making efforts to neutralize the armed herders who have invaded the region. National Security Council also sat and declared Laikipia a disturbed and a security operation area, just two days after the National Security Advisory Committee held a meeting.

Related Content:  Revealed: How Corrupt MPs Scheme To Rip Off Millions From Betting Companies As They Fight For Committee Slots

The gang which is on a killing spree invaded private ranches in Laikipia last weekend and torched more than 40 homes in the area. Interior Cabinet Secretary Fred Matiang’i who weighed in on the matter said an operation will also be conducted at the Laikipia Nature Conservancy as he declared a dusk to dawn curfew in the area.

Locals with animals grazing in the ranches were given two days to remove them as officials accused politicians like Kamket, a judge, senior military officer, and police officers of illegally moving livestock into Laikipia conservancy.

Kenya Insights allows guest blogging, if you want to be published on Kenya’s most authoritative and accurate blog, have an expose, news TIPS, story angles, human interest stories, drop us an email on [email protected] or via Telegram
Related Topics:George NatembeyaLaikipia CountyLaikipia skirmishesTiaty Mp William Kamket
Up Next