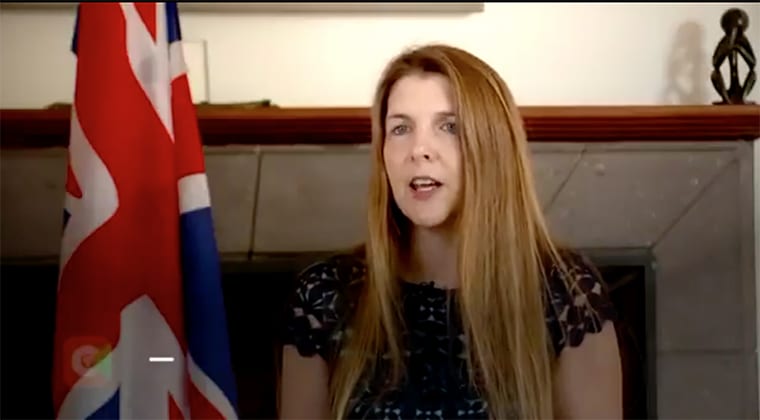 The British High Commissioner to Kenya British High commissioner Jane Marriott has refuted claims that BATUK weapons are circulating in Kenya and being used by bandits behind the deadly skirmishes which are being witnessed in Laikipia County.

Ms Marriott claimed that they do a 100% daily quantity check as she stressed that their units exercising with Batuk do not use M16 rifles. Her defense comes barely 48 hours after Rift Valley Regional Commissioner George Natembeya suggested that the bandits terrorizing Laikipia are armed with M16 rifles which are commonly used by foreign forces training in the area.

We are certain there are no BATUK weapons circulating in Kenya. We do a 100% daily quantity check, and a 100% weekly check by individual serial number, and none are missing.

Units exercising with BATUK do not use M16 rifles.

Natembeya was puzzled of how such lethal weapons got into their hands of the herders as he called for thorough investigations to unearth criminals behind the attacks which have claimed the lives of three police officers and seven locals.

“The guns that these bandits are using are mighty. They are called M16. Most of them are only used by foreign troops who come to train in Kenya,” Natembeya said.

But he recanted his statements on Wednesday to avoid rubbing British Army the wrong way when he claimed that such lethal weapons might have been smuggled into Kenya from war torn places like South Sudan and Northern Uganda.

M16 rifles can shoot over a range of 3.5 kilometres and can release 60 rounds of ammunition within a minute, which translates to one bullet per second.

Efforts to restore peace has seen the arrest of two local politicians including former Laikipia North MP Mathew Lempurkel and Tiaty MP William Kamket who have been charged with incitements.

Kenya Insights allows guest blogging, if you want to be published on Kenya’s most authoritative and accurate blog, have an expose, news TIPS, story angles, human interest stories, drop us an email on tips.kenyainsights@gmail.com or via Telegram
Related Topics:BATUKJane MarriottLaikipia skirmishesM16 riffles in Laikipia
Up Next

QISJ: A tale of blacklisting, impunity and conflict of interest