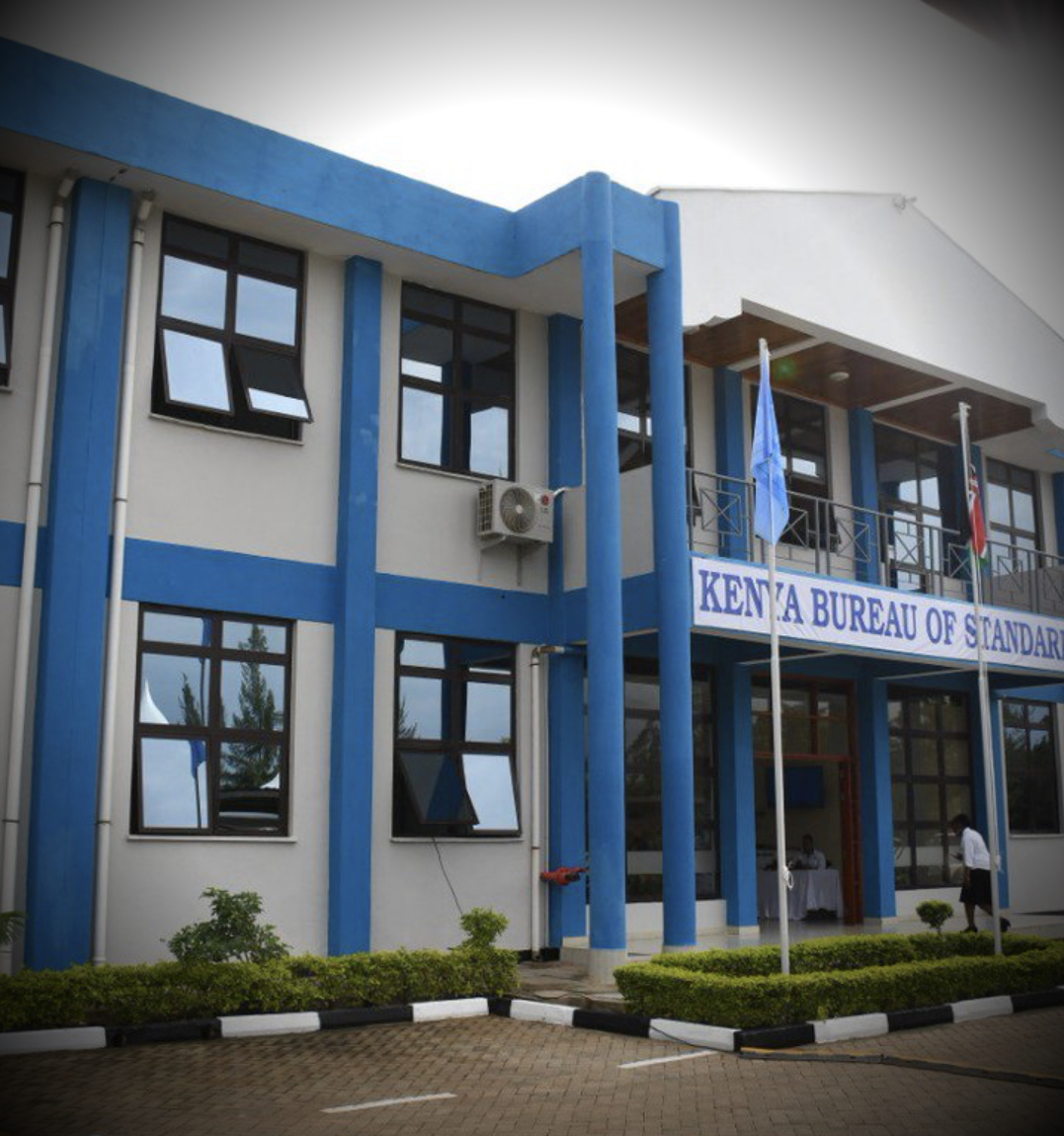 When the Kenya Bureau of Standards (KEBS) floated the tender for Pre-Export Verification of Conformity (PVOC) of used motor vehicles and motor vehicle spare parts on January 19, 2021, among the entities that collected tender documents was Five Blocks Enterprises. Curiously, Five Blocks did not return the documents as a bidder. But, in the ongoing tender process, Five Blocks, through its sole director Dr Charles Nzai, an Environmental and Natural Resource Economist at Kenyatta University, would be at the centre of the tendering.

The tender has turned into a classic case of dirty tricks being employed to undercut rival bidders, interests converging and diverging, a Directorate of Criminal Investigations (DCI) speaking from both sides of its mouth, the Auditor General seeking to get involved in procurement matters and clashing multiple investigations reports.

In there are debarment proceedings against two bidders, East Africa Automobile Services (EAA) and Auto-Terminal Japan (ATJ), and the Debarment Committee of the Public Procurement Regulatory Authority (PPRA) keen on rushing through the consequential proceedings before KEBS concludes tender evaluation. Meanwhile, KEBS, who just a year ago expanded the pool of PVOC inspectors, now appear to be leaning towards going back to monopoly.

Reports suggest that hundreds of millions have been spent by one of the bidders to buy investigators, including members of the Debarment Committee. At least two senior officials at the DCI and KEBS are said to have received bribes to the tune of US$1 million (Sh100 million) each.

After collecting but not returning the tender documents, Five Blocks twice filed reviews with the Public Procurement Administrative Review Board (PPARB). In the both applications for review, Five Blocks managed to have the tender conditions reviewed and the bidding period extended. A tender that was floated on January 19, 2021 and was originally set to close on February 10 ended up closing on May 5. By the time of closing, only four companies submitted bids for the PVOC for motor vehicles and motor vehicle spare parts: Quality Inspection Services Japan (QISJ), Auto-Terminal Japan (ATJ), East Africa Automobile Services (EAA) and Wilnar International Company.

Related Content:  Part I: Mega Corruption At Kenya Pipeline, The Sh70B Theft MD Joe Sang CS Keter And Suspicious Firms That Must Be Investigated And Arrested

Before the closing of the tender, and after the two successful applications for reviews, the hitherto dirty tricks shifted into high gear: two of the bidders, ATJ and EAA had to be debarred. Dr Nzai – again – on April 1, 2021, went to the debarment committee seeking to have ATJ and EAA blacklisted and therefore blocked from participating in the PVOC tender.

Looking at the companies who submitted their bids, Dr Nzai’s application would have only meant to benefit one of the remaining bidders if the debarment application was upheld – QISJ because of its experience and financial muscle.

Just to demonstrate how the debarment application was targeted, Dr Nzai wanted his application determined before May 5, the day KEBS had set for the closing of the tender.

The application for debarment was based on allegations stemming from a controversial Special Audit Report by the Auditor General that recommended barring of EAA Company and ATJ, accusing them of forging documents and misrepresenting themselves in the tender that was later awarded to QISJ, allegations the two both companies have vehemently refuted.

But in October 2020, High Court Judge Pauline Nyamweya stayed the implementation of parts of the PIC report.

Dr Nzai’s application was based on the Special Audit, which the Parliamentary Investments Committee had submitted to the DCI and the Ethics and Anti-Corruption Commission (EACC) for further investigations. To date, neither of the agencies have produced a report on the investigations.

In fact, when EAA wrote to the DCI on March 25, 2021, inquiring on the status of investigations, John Kariuki responded on May 7, 2021, saying investigations had not concluded, meaning there was no report the Debarment Committee could act upon to convict ATJ and EAA.

In an unprecedented move that contradicted his head of investigations, John Kariuki, DCI boss George Kinoti wrote to KEBS and the PPRA’s Debarment Committee that the evidence against EAA and ATJ was overwhelming. This is despite the fact that the Mutual Legal Assistance the DCI was seeking to send its officers to Japan to verify the documents and physical facilities had not taken place.

“We received information and a host of documents for investigations from the Public Procurement Regulatory Authority (PPRA), the Public Investment Committee (PIC) and the Office of the Director of Public Prosecutions (ODPP). The matter is under active investigation and in the process of seeking Mutual Legal Assistance (MLA) to ascertain the authenticity of the documents used to secure tenders at the Kenya Bureau of Statistics. Once the matter is finalised we shall revert,” Mr Kariuki said in the letter.

From here it gets even more interesting.

After Mr Kariuki, who heads investigations at DCI, wrote the letter on May 7, his boss George Kinoti unprecedentedly wrote to KEBS and the PPRA’s Debarment Committee that the evidence against EAA and ATJ was overwhelming. This is despite the fact that the Mutual Legal Assistance the DCI was seeking to send its officers to Japan to verify the documents and physical facilities had not taken place.

Mr Kinoti’s letter was unprecedented because in the ordinary course of events he hardly writes letters concerning investigations. The assignment is often left to the head of investigations, in this case Mr Kariuki. Why was it different this time? We may not know what prompted it.

Fearing that the Debarment Committee, which has not hidden its leanings on the matter, would act on Mr Kinoti’s letter and debar them, EAA moved to court and obtained temporary court orders stopping the committee from proceeding with the hearings.

In the whole confusion surrounding the investigations, there is also the issue of which report(s) to believe. There are at least four different reports: The Special Audit by the Auditor General and the PIC report which was based on the Special Audit. Then there is the 2017 PIC report that was based on actual physical presence of MPs on the ground to verify facilities used by EAA and ATJ and which found that they were compliant. The fourth report is by Interpol, which on several accounts, contradicts the AG’s Special Audit.

Dr Nzai and the hidden hands in the KEBS tender want the Debarment Committee to make its finding based on the Special Audit report and the other by PIC – these two agencies also recommended further investigations.

Emails and other documents made available to PIC, which the Nairobi Law Monthly has seen, showed that the auditing team had their travels and accommodation in Japan arranged by QISJ, an interested party. And while the auditors claimed in the Special Audit report that they had travelled to South Africa, they later recanted this version on record, meaning they were lying.

Both ATJ and EAA have raised several objections to the PIC report, among them its validity arguing that it was prepared outside the timelines and also that the officers from the Office of the Auditor General who conducted the audit were conflicted.

The Auditor General’s audit report was received in Parliament on August 20, 2019. However, the Parliamentary report was concluded in June, 2020 which surpassed the three-months timeline given to Parliament, meaning it violates Article 229(8) of the Constitution of Kenya, thus raising the questions on validity.

Moreover, emails and other documents made available to PIC showed that the auditing team had their travels and accommodation in Japan arranged by QISJ, an interested party. And while the auditors claimed in the Special Audit report that they had travelled to South Africa, they later recanted this version on record, meaning they were lying.

Fellow Research: Inside the Shadowy World of Disinformation-for-hire in Kenya

QISJ: A tale of blacklisting, impunity and conflict of interest