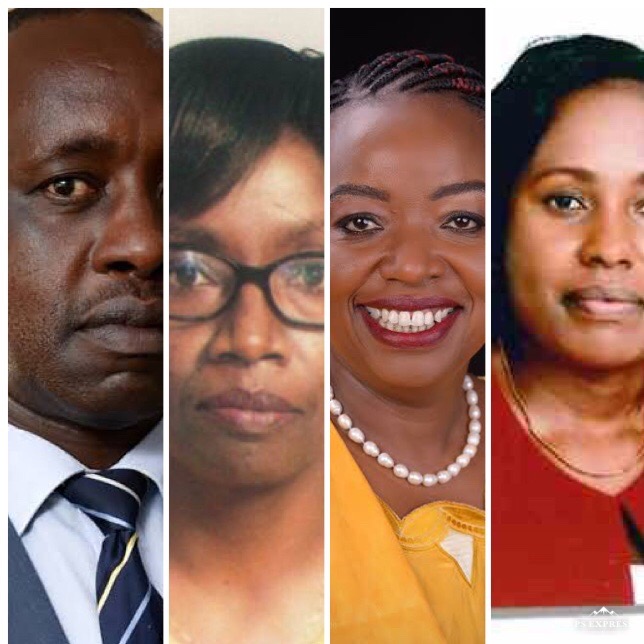 Rose Mkalama whose first husband committed suicide under mysterious circumstances of which erupted to be as a result of domestic woes and her bitter feminism believes to be the right person for Rerec CEO and a thorn in the flesh for the current acting CEO Mbugua.

According to our source, it’s believed that her arrogant appetite for power escalated when her sister CS Monica Juma was reshuffled from Defense ministry to Energy ministry replacing Charles Keter whom CEO Mbugua fell out with and who led to the ouster of Mkalama (then company secretary) alongside Joan Riitho (then audit manager) and Elizabeth Onoka (HR Manager) on audit reporr grounds that found them culprits of embezzlement of funds and corruption at the ministry. CEO Mbugua survived.

Arrival of Monica Juma, her sister through backdoor brought her back to life and now on a full throttle mission to fulfil her CEO dream at Rerec despite Mbugua occupying the position.

She feels entitled to the position at all cost with the help of her sister.

Mkalama’s CEO Position ambitions began back when Energy CAS Zachariah Ayieko then CEO of Rerec retired and left – Ng’ang’a Munyu then rook over in acting capacity before he was confirmed. She then worked under Munyu. Later on, Munyu fell out with then CS Charles Keter, Keter in retaliation ordered for an audit of the corporation ending up suspending senior managers for the proceaa to kick off without interference eithee internal or external.

Mkalama was among the top officials suspended. The audit had to do with schools supplied with power between 2015-2017.

The report recommended action on CEO, Manager, internal auditor and procurement, authority secretary, ICT Manager and HR and Admin Manager. Both were expelled as named before. It’s still a mystery under what circumstance Mkalama found her way back to Rerec but the circumstance is crystal clear, nepotism. Influence of her sister, Energy CS Monica Juma.

She has plans in place to initiate removal of CEO Mbugua and his Allies through the board of which she has  brought in Everlyne Koech Korir from State Inspectorate. Korir is also serving as Human Resource Manager at Rerec apparently.

Koech Korir is the enstranged wife of Devolution Principal Secretary Julius Korir who came to limelight in 2020 September 17 after claims of assaults on his wife at Ndalat Road, Karen Nairobi. The PS was recently directed to appear to face charges of assault of his pregnant wife.

At Rerec her other Allie is the finance manager David Cheruiyot who is a known sex pest at Rerec.

Apparently the three musketeers Mkalama, Cheruiyot and Koech according to our source are frustrating the ongoing new recruitment process. Rerec has been out to fill up a number of positions being held in acting capacity.

The three musketeers went ahead to inform EACC in a letter dated June 1, 2021 on what they term the exercise as irregular and unlawful recruitment of 248 staff. Mission is to keep the devils she knows than new angels she doesn’t know to fuel her plum CEO dream through insider coup.

Her plan is to have puppet board members who through consensus can oust the sitting CEO for her to occupy.

However, Mr Mbugua is not a saint as records from previous firms he has held leadership position shows. One of those struggling after Mbugua’s banditry is Unga Limited.

Kenya Insights allows guest blogging, if you want to be published on Kenya’s most authoritative and accurate blog, have an expose, news TIPS, story angles, human interest stories, drop us an email on tips.kenyainsights@gmail.com or via Telegram
Related Topics:REREC
Up Next

Inside Cartel Wars At Ketraco To Control Billions