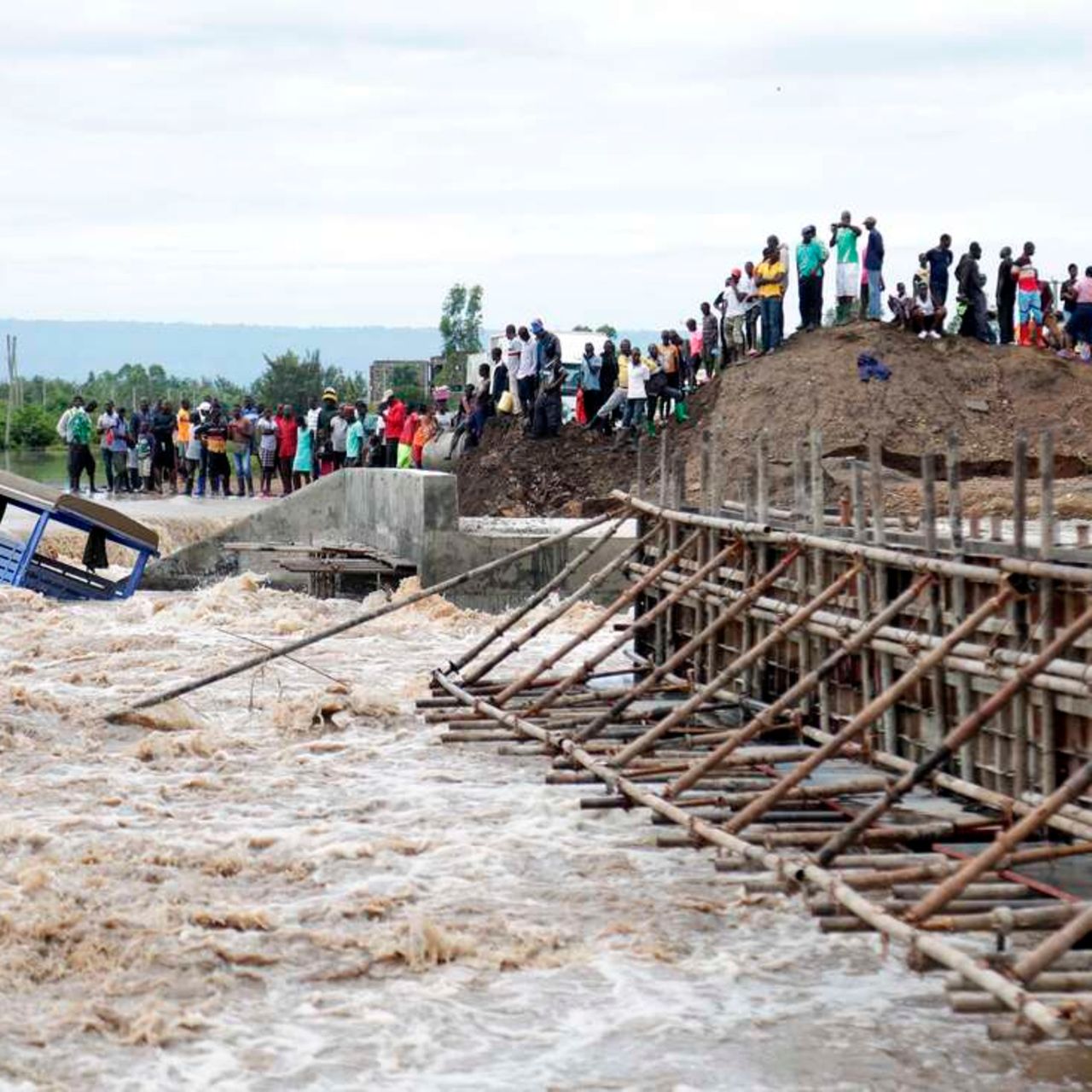 A section of Ahero-Kisii-Migori road that was destroyed by heavy rains in March 2020. | File | Nation Media Group

A Chinese contractor that is under investigation for using forged documents to win a Sh8 billion tender was secretly sub-contracted to finish building a stalled Sh1.4-billion road, leading to a standoff over payments, which is now delaying the project.

China City Construction Group Company Ltd (CCCG) was in March 2020 found to have forged National Construction Authority (NCA) documents to win the tender to build the Ahero-Kisii road. This is after one of the bridges on the project the Katitu bridge collapsed.

This prompted an investigation by the NCA that recommended, among other things, the prosecution of the directors of CCCG’s mother company Third Engineering Bureau after it was found to have been operating without an annual practising licence and a contractor’s licence.

“The sub-committee noted that the contractor did not comply with the NCA Act and regulation 14 of the NCA Regulations 2014, which requires the partner or director who possesses technical qualifications, skills or experience in the construction firm to attend at least one continuous professional development event organised by the NCA,” explained the NCA,

However, despite the tough recommendations by the NCA, the Nation has found documents that show that the Chinese company immediately entered into a secret contract to build the Tawa-Nguluni-Itangini road in Makueni.

The Sh1.4 billion contract had initially been awarded to Coastal Kenya Enterprises, which from the look of things, was already in financial trouble because it was at that time unable to complete construction of the Sh346 million Katuaa-Kee-Nunguni road.

The awarding of the Tawa-Nguluni-Itangini road was so controversial that Parliament asked why the Kenya Rural Roads Authority (Kerra) was insisting on giving the company a bigger tender yet it had been unable to finish a 30-kilometre road for three years.

“Could the ministry explain why the same company was awarded another contract for the construction of the Tawa-Nguluni-Itangini road before completing the Katuaa-Kee-Nunguni road that has stalled since 2015?” asked Kaiti MP Joshua Kivindu in May 2019.

Unable to finish the two roads, Coastal Kenya Enterprises entered into a secret contract with CCCG that allowed the Chinese company to finish construction of the Tawa-Nguluni-Itangini road.

The contract, which we have obtained, shows that CCCG was to pocket 86 percent of the proceeds of the tender, while Coastal Kenya Enterprises was to get the remaining 14 percent. The sub-contract between the two companies was signed on November 17, 2020, the same year CCCG was found guilty of forging NCA documents.

“It has been agreed between the parties that the sub-contractor is responsible for completion of upgrading works in all aspects in line with the scope works as specified in the main document, technical specification and to the satisfaction of the engineer,” says the contract.

“The employer shall make payments directly to the sub-contractor based on the interim valuation of works carried out by themselves and certified by the engineer in accordance with the provision of the contract and subcontractor agreement,” it says.

The agreement was deposited with Kerra, who approved it on April 1, 2020, on condition that the Chinese contractor would expedite the works, which had ground to a halt due to lack of capacity and financial muscle.

Why Kerra agreed to a sub-contracting agreement with a company that was already under investigation and found to have forged its licences is the big question. This discovery by the Nation, however, comes at a time Parliament has questioned whether the Chinese are using underhand tactics to capture road tenders.

Last week, Garissa Township MP Aden Duale asked the government to disclose the names and directors of all Chinese companies awarded multi-billion-shilling projects under the Transport, Energy and ICT ministries.

According to him, Chines state-owned or linked companies were benefiting from the ballooning loans that the Chinese Government is lending Kenya.

“The approval is subject to the condition that the contractor shall remain liable to any overall delays in accordance with provision of the contract,” wrote Kerra to the Coastal Kenya Enterprises in April 2020.

However, to make it look like Coastal Kenya Enterprises was still on the ground doing the work, CCCG was prohibited from putting its banners or signboards at the site. Additionally, the contract was secured by a non-disclosure agreement.

“The sub-contractor shall treat the sub-contract and everything contained therein as private and confidential and shall not use the site for the purpose of advertising except with the written consent of the contractor,” said the contract.

CCCG took over the site and restarted construction. Things, however, unravelled in November last year, when Kerra was supposed to release the first batch of payments to the Chinese company for work done so far.

Correspondence between the two companies and the state roads agency shows that Kerra has delayed to pay CCCG, making it stop works on the road, and demanding to be paid first.

“In our estimation, we are owed over Sh154 million in respect of the works undertaken this far, which amount does not take into account interest arising from default,” Liu Yongjun, the CCCG director general wrote to Kerra on November 29.

“Upon recovery of the debt by us, any future payments be made directly to us and the main contractor on the basis of the 86 percent 14 percent ratio agreed upon in the sub contract agreement,” he said.

By the end of last week Kerra had not paid the Chinese company and construction of the road had stopped.

Today we have served notice to hold accountable The Third Engineering Bureau of China City Construction Group Company Limited and @KeNHAKenya for the "violence of development" perpetrated against residents of Waswa-Ayweyo during the construction of Ahero-Katito-Kisii-Isebania Rd pic.twitter.com/DldmQlNOVk

Today, holding @KeNHAKenya and the @Third Engineering Bureau of China City Construction Group Company Limited for the unabashed violence of development against residents of Waswa-Ayweyo. pic.twitter.com/zBVv8ZPd37

Kenya Insights allows guest blogging, if you want to be published on Kenya’s most authoritative and accurate blog, have an expose, news TIPS, story angles, human interest stories, drop us an email on tips.kenyainsights@gmail.com or via Telegram
Related Topics:China City Construction Group Company Ltd (CCCG)National Construction Authority (NCA)
Up Next