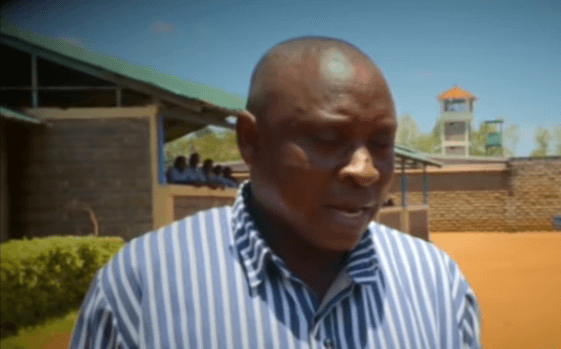 Justice delayed is as much painful as justice denied. Julias Wambua Musyiki’s appeal evidence against his life imprisonment sentence has been dismissed by the Court of Appeal.

Wambua had appealed his sentence through his advocates, Cyrus Maweu and Mike Mwema. He said he decided to appeal the case since his daughter, who the inmate was accused of raping, had confessed of lying to the court.

Wambua’s daughter who was featured in a citizen TVs production, #PrisonDiaries, confessed before cameras alleging that she was forcefully coached by the mother to lie in court that the father had defiled her. She was 10 years as by 2011.

The Appellate Court head, Justice William Ouko in company of Justice Wanjoru Karanja and Justice Jamila Mohamed dropped the request by Wambua’s legal team to add her daughter’s confession as the evidence in his sentence appeal.

The Appellate Judges said the period to submit such requests to the court from the convict had already lapsed according to the court-set timelines.

Wambua’s advocates contended that the court was being unfair to the convict. The advocates said the court was not keen in questioning the prosecution evidence and witnesses.

Wambuia through his lawyers said that the court never gave him a chance to defend himself despite him willing to pay for all the medical tests and checks. The court convicted Wambua in bad faith because of the alleged crime.

Moses Ome’rera, the prosecution lawyer objected the inmates evidence saying that the submission will need to re-open the case with another set of witnesses to recant the testimony in the already closed case.

Counsel Ome’rera did not disagree with the inconsistency of the dates as claimed by the appellant. He said that Wambua belongs to jail because all the previous testimonies true.

Wambua is currently serving a life imprisonment sentence at Kamiti maximum security Prison. He was sentenced in 2011.

Kenya Insights allows guest blogging, if you want to be published on Kenya’s most authoritative and accurate blog, have an expose, news TIPS, story angles, human interest stories, drop us an email on [email protected] or via Telegram
Related Topics:Court of appealKamiti prisonLulias Musyokirape
Up Next