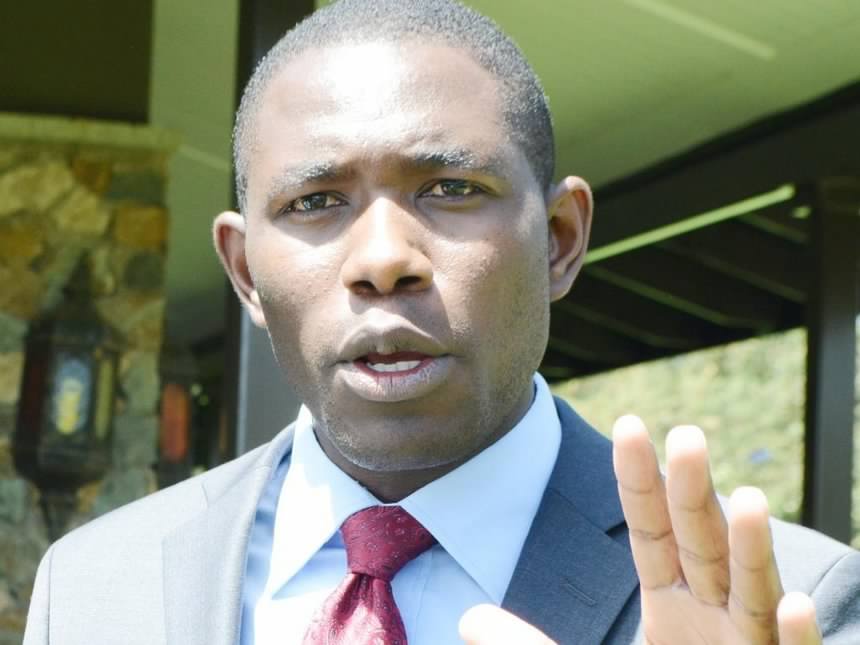 Barely Days, after the union called off the strike and doctors, resumed duties, the government has taken a sharp turn by dishonoring elements of RTWF that they assigned to. One of the components demanded that doctors were to be paid in full amounts salaries for the three months period that they were on strike and that was a passed condition. CoG and CG have on several platforms reiterated that doctors wouldn’t be paid for the time that they were on strike. This is being done in bad faith, and a new crisis opened putting the risk of yet another standoff. The union’s Secretary General in a message to his members is giving them morale boosts with surety that all shall be well with a united membership.

Read the note below:

In May 1972, Arizona Legislature passed a bill that would deny farm workers under their union, United Farm Workers, the right to strike and boycott during times of Harvest, and essentially make it impossible for them to organize. The bill was sponsored by agribusiness.

The farm workers sought the intervention of Republican Governor, Jack Williams, to appeal for him to veto the legislature. Instead, within one hour of the request and to the spite of the workers who had sought his intervention, the Governor ordered the state troops to bring him the bill. He signed it right away remarking about the workers, ‘As far as I am concerned, these people (workers) do not exist.’

Cesar Chavez, the leader of the United Farm Workers, would then begin a self-sacrificial 24-day water only fast whose end was nearly disastrous. Eventually, there was victory and changes over time to the rights of workers he championed. During the fast, several political voices discouraged him over a fruitless activity to a state dominated by grower lobby and a powerful governor by the words ‘No no, se puede!’ (No no, it can not be done). Cesar and his colleague Dolores would listen and softly respond, ‘Si Si, se puede!’ (Yes, yes it can be done).

Nearly four decades later, Barack Obama, would borrow the same phrase ‘Yes We Can!’ for his campaigns to mirror the unity and resolve of the United Farm Workers in 1972.

For each and every doctor reading this, know that your unity and resolve will ignite so much more changes to come in Healthcare and to the medical profession. History can and will attest. That is why it is an endearing target for our opponents. Remember the curse of the counties can only be cured by a Health Service Commission. And that is why loud mouths want you distracted over agreements that are public. Let them panic. Not you.

But barely a week since we paused to merely rejuvenate and refuel for our long journey to Canaan, there has been no hiding of intentions to deal with KMPDU and all Kenyan Doctors in a manner as to affirm the quoted attitude of, ‘As far as we are concerned, these people do not exist.’ The 100 days proved it.

The utterances, letters, and circulars of this week now confirm to any doubting soul, the nature and the attitude of public service harbored by the leadership of the Health Sector and particularly the Health Ministry. And it confirms the caliber of people we have to deal with. Essentially, we are the only ones we need. But that is all we need. Just WE.

The objective has been to demoralize and kill the spirit of every single doctor tirelessly working for the helpless public. And why so? To degrade the profession, weaken it and eventually strip it of any remaining respect and dignity. The same values we fought long and hard for. For this is the way, it can be used and misused for private profiteering, or pondering of public coffers. But as we all know, our resolve and unity are unshakable. Keep solid. Soon they will tire with anger as we change the sector and the profession for better. It won’t be easy. It has been too hard already.

I’m aware, you were healing well, but sadists can’t have enough of scratching our raw wounds and the work place you left on 5th December 2016, is probably more toxic now than when you left it.

But WE have one thing now. Power to say NO to the injustice of whatever magnitude and the power of unity.
Do not give away that power we have not only longed for but also acquired over this period. Do not be convinced through actions of malice that fighting for social justice, fighting for your rights and fighting for a better healthcare system is not worth it. That is the objective of attempting to deny you salaries or continuing to victimize you. Weak people choose inconsequential activities to prove themselves. What more proof than when doctors feel hurt or feel unhappy. Because any society of worthy leaders know the fact: When workers are treated fairly, everybody benefits.

It is a given doctor aren’t the only and first workers to go on strike in Kenya. And this strike won’t be the first since 1940 when salaries are denied. Be calm. Fear is what they feed on, because they can’t handle substance. They don’t deserve your fear either. Be strong as you have always been. Salaries MUST be paid and paid to the last coin for each and every doctor.

Finally, WE as doctors know we handle delicate and vulnerable citizens on a daily basis. Let us serve them as perfectly as we can. That privilege makes doctors of a different temperament. Not considering political position above life, and ego above servitude as opposed to only handling tenders and budgets. They see no human suffering and thus cannot relate that how doctors feel determine how patients are treated. We know better that their words are simply that words. Their press statements are simply that statements. But our actions are much louder. Let the whole world see for themselves their nakedness when they spoil for a fight. We shall deliver it cold.

Thank you for keeping it KMPDU. Thank you for being your champions. Do not give away your power. Healthcare needs it. You need it too. Watch over your shoulders.

The Struggle is far from over. And our separate struggles are just one. A struggle for freedom, respect, and dignity. A struggle to determine our own destiny. Stand up for one another. Si se puede! (Yes, it can be done)
Take a pause. Give your best services to Kenyans. Just Be Calm.