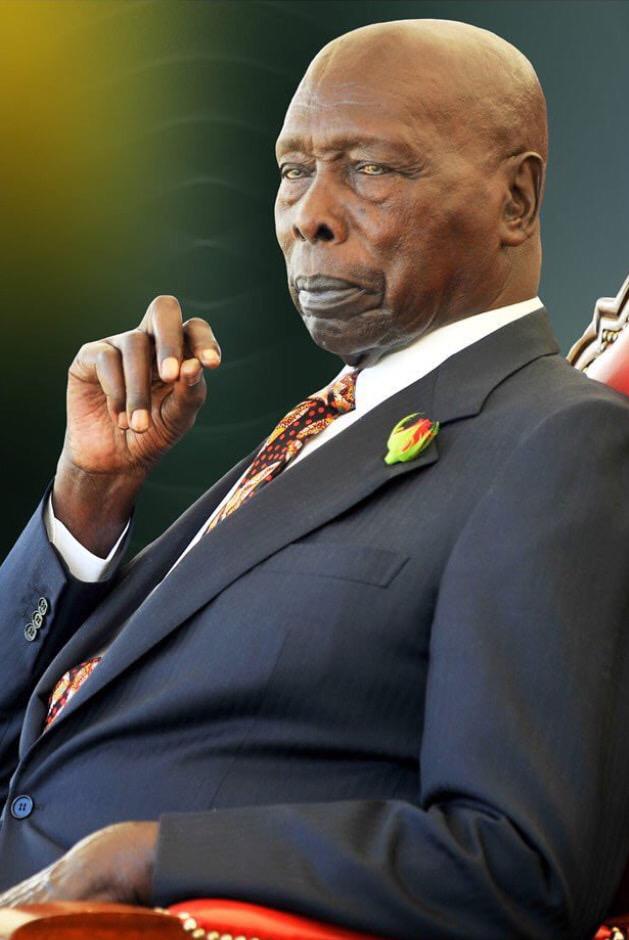 Thank you for joining us for this update on the arrangements for the State Funeral of the late former President H.E. Hon. Daniel Toroitich arap Moi.

In keeping with the Presidential Proclamation issued by His Excellency the President upon the passing on of the Second President of the Republic of Kenya; the former President will be accorded a State Funeralwith full civilian and military ceremonial honours.

Following consultations with the Family of the former President, we wish to inform the Nation that the State Funeral and the Ceremonies leading up to the interment of former President Mzee Moi will be as follows:

1. To allow our nation to reflect on President Moi’s momentous role and achievements, and to accord all Kenyans the opportunity to participate in public viewing and the paying of last respects to the former Head of State and Government; the body of President Daniel Toroitich arap Moi shall lie-in-Statein Parliament from Saturday, 8th February, 2020 to Monday, 10thFebruary, 2020

2. His Excellency Hon. Uhuru Kenyatta, C.G.H., President and Commander-In-Chief of the Kenya Defence Forces, will on Saturday 8th February, 2020 lead the Nation in viewing of the body of the former President, as well as the paying of last respects.

3. The Head of State is expected to arrive at Parliament Buildings at 10:15 a.m. on Saturday, 8th February, 2020. All State Officials whose attendance is required by tradition and State Protocol have been notified; and they are therefore requested to be in the precincts of Parliament by 9:45 a.m.on Saturday.

4. The public viewing at Parliament Buildings will be done on Saturday, Sunday and Monday between 08:00 A.M to 5:00 P.M.

5. The cortege will leave the funeral home at 08:05 A.M. on Saturday 8th February, 2020; and will be conveyed to Parliament Buildings with the casket being draped in the National Flag and escorted by the Family of President Moi.

6. The Solemn Procession is expected to take the following route: Valley Road, Kenyatta Avenue through-to- Parliament Way. A Military Guard of Honour will be mounted on Parliament Road for the entry procession to Parliament.

7. After lying-in-state for three days, on Tuesday 11th February, 2020 the gun carriage and State Funeral Processionwill make its wayfrom Parliament Buildings to the Nyayo Stadium, the venue of the National Memorial Service.

8. The National Memorial Service will be an inter-denominational Service, led by theAfrican Inland Church (AIC).

9. The Government continues to receive messages of condolences from foreign Governments, and we are in the process of compiling the list of Heads of State and Government and other foreign dignitaries who have indicated to us that they shall attend the State Memorial Service. The full list of attendees will be announced to the Nation in due course.

10. To enable every Kenyan participate in the celebration of the life of President Moi, the Cabinet Secretary for Interior, on the recommendation of this Steering Committee, has declared Tuesday the 11th Day of February, 2020 a Public Holiday of general observance throughout the Republic of Kenya.

11. The Former Head of State will be accorded full military ceremonial honours, which include, Conveyance of the body of the former Head of State under escort in a Gun Carriage, accompanied by Military Musical Honours and a 19 Gun-salute.

12. The former President will thereafter be interred at his Kabarak Home on Wednesday the 12th Day of February, 2020.

13. The Government encourages all Kenyans to participate in the State Ceremonies, and to also take time to honour the memory and legacy of the Late Mzee Moi by reflecting on ways in which each one of us can foster the wellness of our Nation by creating a more peaceful, loving and united Kenya.

15. In addition to other ways of remembering and honouring the Late Mzee Moi, we encourage each and every Kenyan to plant a tree in his memory or undertake an act of benevolence for the most needy members of our society.

16. All arms of Government and all State Officials are expected to participate in the State Ceremonies outlined earlier. Those events will be broadcasted live by all our National Television and Radio Stations; a move that will ensure that Kenyans in every part of the Republic will be able to take part in giving the Late Mzee Moi a befitting send-off.

17. In recognition of the special place Mzee Moi heldin the hearts of the residents of Nakuru and Baringo Counties; having directly represented them in Legco and later on to Parliament for five decades; Broadcasting-Screens will be mounted in designated public places in Nakuru, Sacho, Ravine and Karbenetso as to accord the residents an opportunity to follow the National Memorial Service and the State Funeral Proceedings.

18. On behalf of His Excellency the President, the Government of Kenya, the Steering Committee and indeed all the People of Kenya, I once again extend our most heartfelt condolences to the Family and Friends of the Late Mzee Moi.

19. May the Grace, Peace and Comforting Shoulder of the Almighty God of all Creation be with them and indeed with all Kenyans during this time of mourning and solemn reflection.