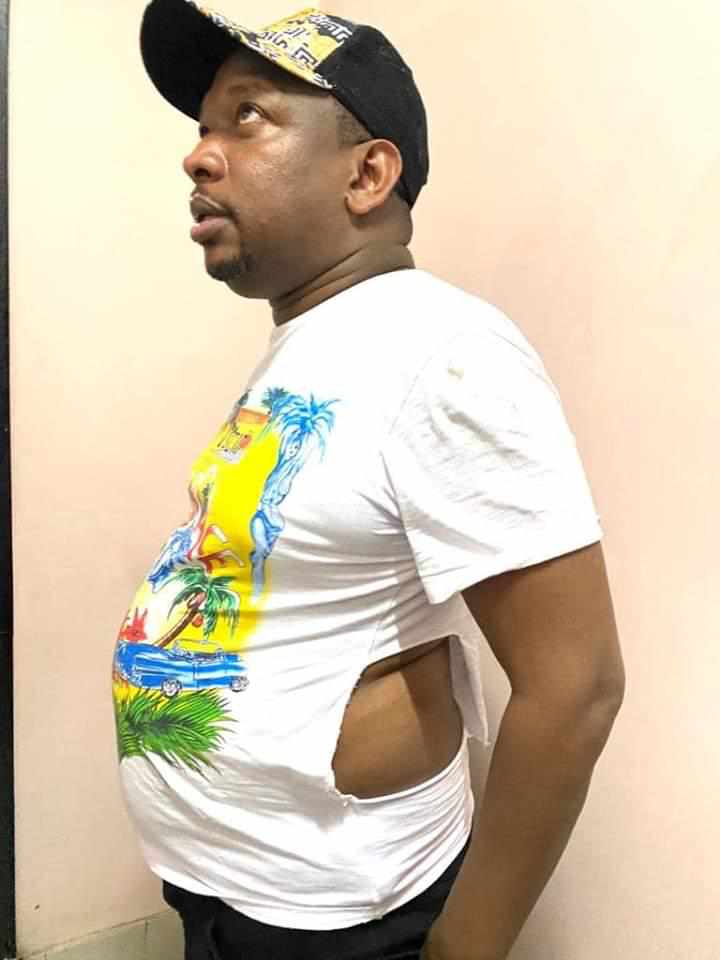 Governor Mike Sonko Mbuvi will face assault charges on top of the charges for irregular procurement and payments amounting to Ksh 357, 390,299 million the National Police service (NPS) has said in a press release.

Nairobi Governor Mike Sonko was arrested Friday Morning in Voi while en route to Mombasa hours after Director of Public Prosecution ordered for his immediate arrest and prosecution. During the arrest, the governor of Nairobi county became abusive, unruly an violent in an attempt the I.G says was to resist arrest.

“In the process, he assaulted and injured the senior officer leading the team and damaged media equipment,” the statement reads. 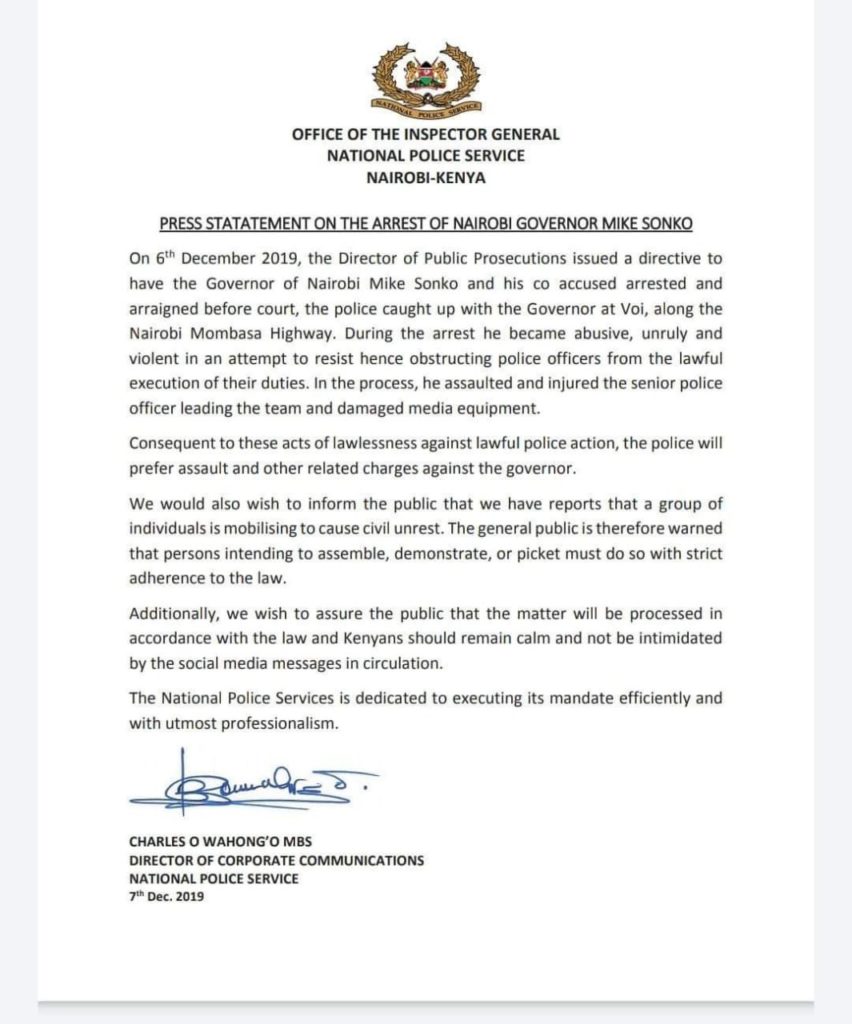 Kenya Insights has learned the senior police officer will be pressing charges against the governor.

Kenya Insights allows guest blogging, if you want to be published on Kenya’s most authoritative and accurate blog, have an expose, news TIPS, story angles, human interest stories, drop us an email on [email protected] or via Telegram
Related Content:  Residents Protest The Demolition Of Odera Akang’o’s Cell, Colonial Chief Who Whipped Parents Not Taking Their Children To School
Related Topics:
Up Next

Dramatic Arrest: How Police Spent Days To Nab Governor Sonko Who Had An Escape Plan