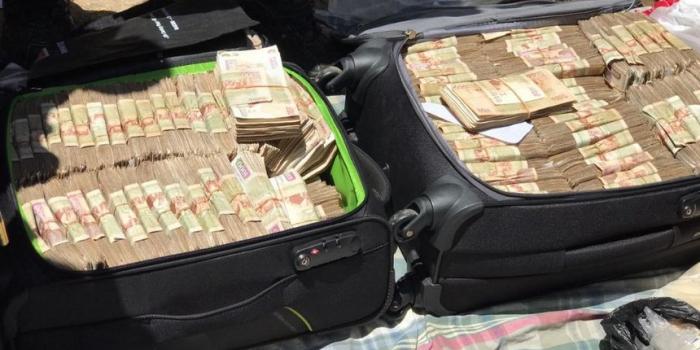 Thomas Gitau Njogu, an accountant at the Ministry of Interior who deposited Sh5 million every month in his 10 bank accounts while on a basic Sh120,000 salary can not explain where the surplus amounts came from.

The senior assistant accountant general, could not tell the court how he had accumulated property worth Sh115 million in less than two years without once touching his salary.Gitau has a posh house in Nairobi’s Thome estate worth Sh27 million, a Sh26 million property in Kitengela, Sh17.5 million apartments in Kabete and another piece of land in Kabete.

Gitau also had cash deposits of up to Sh89.1 million in his 10 accounts at Family Bank, Equity Bank and Co-operative Bank of Kenya, The money was deposited in various bank accounts on a daily basis through his wife and some through his lawyer — Kibatia and Company Advocates. In a well calculated plan, All the deposits were less than Sh1 million to escape the legal requirements that demand banks report to the Central Bank of Kenya all transactions above Sh1 million. “The plaintiff’s claim of Sh108,678,542.29 translates to an income of Sh5,775,138.65 per month during the period of interest, which represents an exceedingly steep increment in the first defendant’s revenue over a relatively short period,” said the EACC.

During investigations, the commission found $3,500 and a further Sh6.9 million in his office at Harambee House which Gitau explained was petty cash thus he could not provide supporting documents. He is said to have volunteered to return Sh200,000 from the Sh350,000 during the probe. EACC also found Sh1.2m in his house located at Marurui estate, Nairobi County.

Related Content:  Baobab Beach Resort And Spa Hotel Diani, On The Spot Over Racism Against Locals

The EACC have determined that the properties worth Sh115.8 are proceeds of corruption and theft and Mr Gitau and his wife Teresia Njeri will now have to forfeit all of them. In his judgment, Justice John Onyiego ruled that the property should be seized by the government because the couple had failed to give a credible explanation as to how they had acquired the property.

In their defence, Mr Gitau and his wife said some of the deposits were mostly made up of soft loans from two friends, each friend advancing them Sh20 million. However, EACC argued the loan agreements were scantily drawn and appeared meant to suit their defence, the couple further failed to produce schedules of payment or repayment in court.

Kenya Insights allows guest blogging, if you want to be published on Kenya’s most authoritative and accurate blog, have an expose, news TIPS, story angles, human interest stories, drop us an email on [email protected] or via Telegram
Related Content:  Why A Professor Has Filed A Petition To Make Luo A National Language
Related Topics:
Up Next