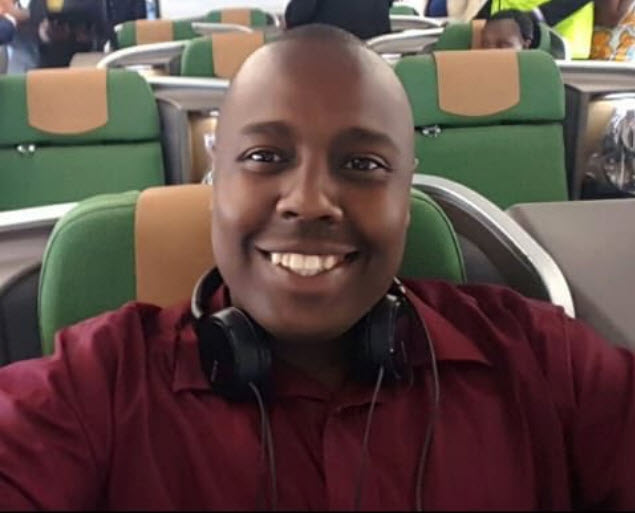 In what he terms as Negligence and poor Journalism standards, Joe says Wendy was on her way to win the World Child of The Year, an award like the the Global Teacher Prize won by brother Peter Tabichi earlier this year.

In the series of Tweets Joe explains how Wendy and him together with three other persons, had been working on a very big project for the last 16 months prior to the interview and submitted it for the international children Awards competition. He adds that around Mid-July he received a word that Wendy had won. The award, however, barred Wendy, “or her image,video or Likeliness” from appearing on any publication or broadcast between 1st August 2019 to 7th Dec.

Joe says he notified the relevant people like family and teachers, he says he also categorically directed all parties he informed about the award to keep it a secret. He says he also tried to notify President Uhuru Kenyatta.

On the day of the interview, Joe says his ‘sources’ at Citizen Tv contacted him and told him there were rumours of Wendy going on air later in the day, Posters of the same confirmed his worries. Joe says he had received a request to have Wendy on the JKL show but had declined since the request did not even come from Jeff himself. “To me it was an automatic NO (Wendy could not appear on any broadcast according to the rules of the project ),” he writes. “Jeff has my contact,tell him to contact me directly i will explain why Wendy isn’t available.”

Immediately the news were out that Wendy would be going on Tv, Joe says he tried contacting Jeff directly but that was not working due to “personal issues” he had with him. Frustrated and mad, Joe says he sent messages to the show host warning him against the interview. “Jeff..leave alone THINKING…don’t even DREAM about PUTTING WENDY ON TV” he texted Jeff, “Jeff, you are engaging in a suicidal mission..you don’t have an idea of of what you are doing.”

The show went on to be aired in what the ex manager terms as self sabotage. A quick spot check on Google does not provide any information on the said award.

UPDATE: Body Of A Man Retrieved After A Saloon Car Plunged Into The Ocean At Likoni Ferry Channel