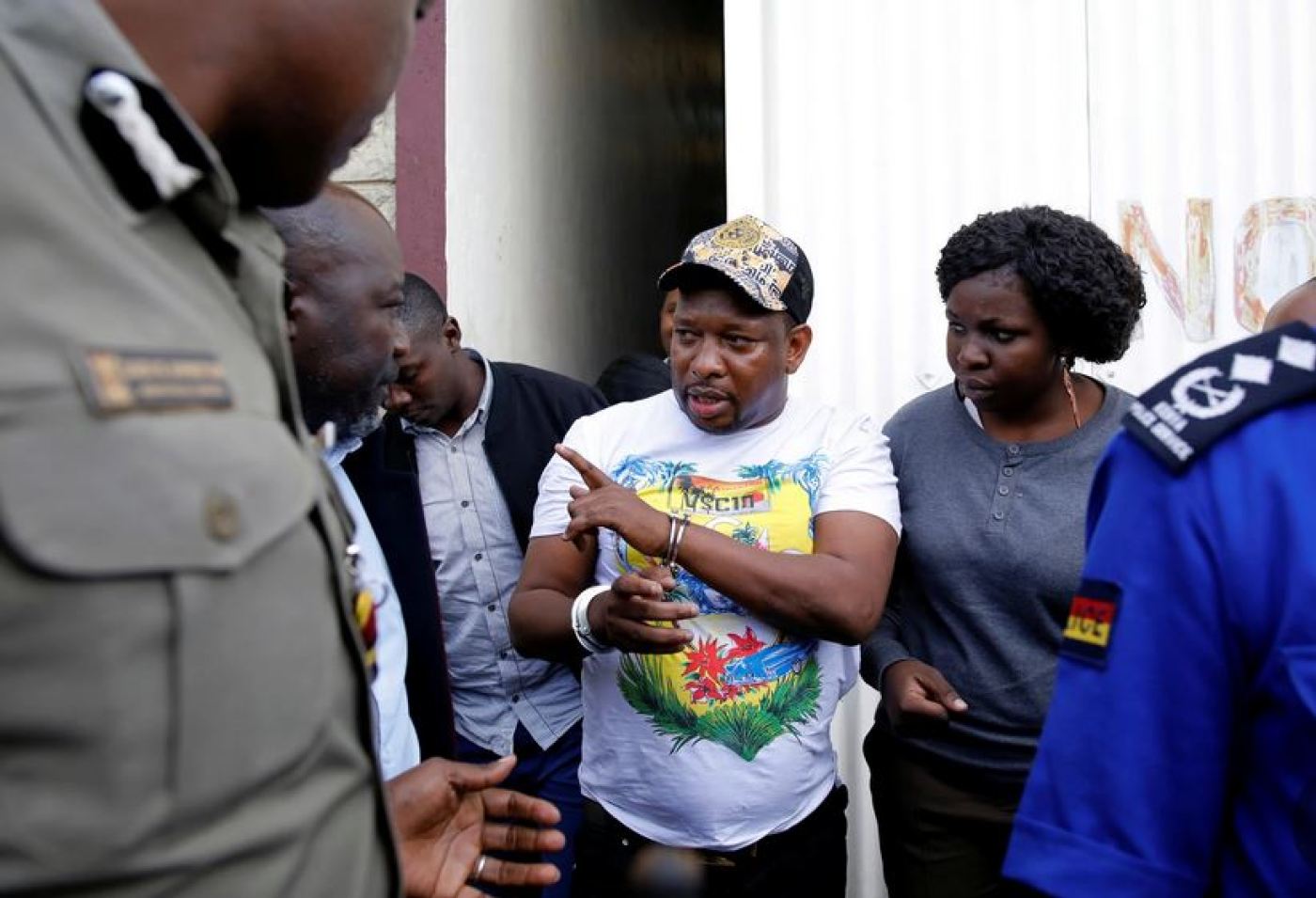 Sonko’s Flight from authority began immediately he got wind that a warrant of arrest for him had been sent out, A multi-agency team of officers drawn from the Ethics and Anti-Corruption Commission (EACC), Directorate of Criminal Investigations (DCI), and the Flying Squad started tracking him at about 9pm. He was at his Upper Hill home at this time preparing to attend a music awards ceremony on Mombasa Road.

With the ‘bounty’ on his head, He immediately switched off his mobile phones before leaving the home abruptly. Sources say Sonko was attempting to elude the police until his lawyers filed papers in court to stop his arrest, the plan, one would say was taken off a CIA Tv show script. With the help of an inside police officer that has since been fired by the EACC boss, the governor would attempt to flee from the police in exhilarating style.

By leaving his Upper Hill home, Sonko had managed to go incognito, he would later resurface at 5am, on Mombasa road headed to the Coast, he was escorted by a small convoy of cars to avoid detection on the highway. Sonko allegedly changed several cars during this period to further avoid detection, further allegations even say he at one point used the train.

NEVER switch on your phone! Following script to the letter, Sonko would commit the blunder that led to his arrest. Detectives say he briefly switched on one of his mobile phones in Kibwezi, and the signal was immediately picked up by detectives in Nairobi. “We knew he was moving and we started following him.”

Police officers quickly set up roadblocks along the Mombasa-Nairobi Highway and at the Kenya-Tanzania border crossing points of Namanga in Kajiado County and Lunga Lunga in Kwale County. It was at one of those roadblocks that he was arrested.

His two-car convoy was  flagged down at Ndara roadblock near Maungu on the Nairobi-Mombasa highway and within minutes, Sonko was dragged out of the car kicking and cursing.

Putting up the last battle of the show, Vintage Sonko spat at, cursed and beat anyone he could lay his hands on. Policemen at the roadblock received major blows from the governor as he threw his hands all over in a fit, about four plain clothes pro-Sonko mercenaries also beat up anyone in sight, including journalists, as they battled policemen. This theatrics have now seen Sonko face more charges.

Detectives believe Mr Mathias Owino, alias Swaleh, and Mr Peterson Kimenye, alias Shaw, Sonko’s most trusted aides, were going to smuggle Mr Sonko to Tanzania through the small village of Mwaluvamba in Kwale where he would lay low for atleast two weeks as his lawyers worked his case.

Sonko has, however, refuted these claims. “Why would I run away? To where, and to do what? I am a Kenyan who is always on the move doing what’s good for the people. I was on my way to Mombasa to attend and close a workshop which was attended by my people.”

Related Content:  DP Ruto, Gideon Moi Handshake
Kenya Insights allows guest blogging, if you want to be published on Kenya’s most authoritative and accurate blog, have an expose, news TIPS, story angles, human interest stories, drop us an email on [email protected] or via Telegram
Related Topics:
Up Next