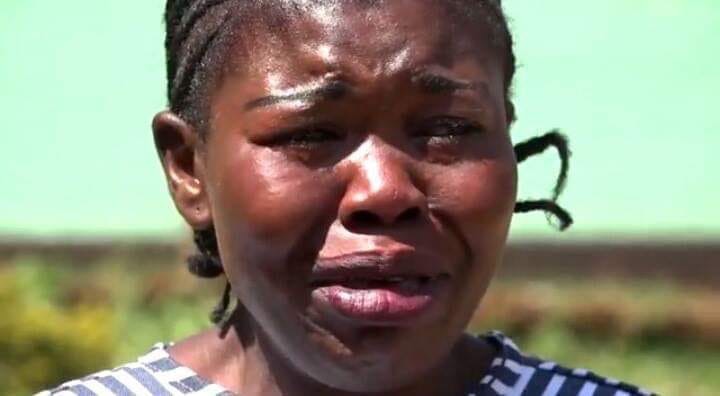 Lydiah Achieng narrates her story in an interview with Inooro TV.

For ten years, Lydiah Achieng has been serving her jail term without much public knowledge until a recent TV interview when she opened up to her world. In her defense, Achieng believes she’s innocent and was jailed over a matter she had no idea about.

According to court papers, Achieng was having an affair with Sophia’s 13-year old son. The State called four witnesses the 13-year-old minor, Lepuchelit, a guest house manager named Silvester Tanui and the investigator of the case, Police Constable William Kamau.

The boy named as R.L testified to the court that Achieng lured him to have sex three times.  According to the boy, he knew Achieng out of selling clothes in the same building where his mother Lepuchelit had her business.

He claimed that she lured him to have sex three times and that he stole his mother’s money to go spend with her.Lepuchelit was the second prosecution witness. She told the court that on November 7, she was out of the house.

Her house help, whom she did not name, called her at around 8pm claiming that she had seen Achieng with her son in her house, adding that she had come to defile him. The woman narrated that she sought Tanui’s help and confronted Achieng, then reported the incident to the police. 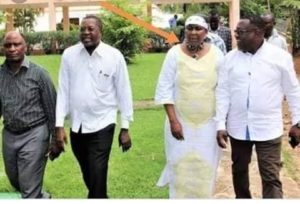 Sophia Lepuchelit, the IEBC Commissioner and the lady who sent Achieng to jail.

Tanui corroborated what Lepuchelit had told the court.Although the house help would have been the key witness to determine whether Achieng was guilty as charged, she was not called to testify.

This sharply clashes with the narrative that Achieng gave to the media indicating that the said boy was supposedly having an intimate relationship with her kid of which Lepuchelit has given her a warning to our an halt into it.

Its now emerging that these two women had more beef than meets the eye. On November 7,2010, the fateful day, it was hot in Kiserian, Kaijado County, Achieng who was. Mitumba trader in Kiserian, walked into Legaro Bar to quench her thirst, according to court papers.

Apparently, Achieng had been offered drinks by another man. As the two were enjoying themselves, Lepuchelit in the company of a young boy, stormed the bar and a fight ensued between the two ladies.

According to court records, Lepuchelit asked Achieng who she was and whether she knew the man who had bought her alcohol and how they related. A heated exchange ensued during which Achieng’s accuser allegedly insulted her, claiming that she had stolen her husband.

Sophia gave Achieng a stern warning that she’d deal with her before leaving. It’s from here that Lepuchelit reported her to the Kiserian Police where it’s said from her business and connections, she had strong contacts with the police. As she’d later come to learn, Achieng was arrested and charged with defilement of a minor.

“The lady threatened to frame me with serious charges. I learnt about the case and I was shocked. The complainant wanted to forgive me,” Achieng testified in her defence. Achieng also said in her interview that Sophia had agreed to withdraw the case on guilt of framing but the court couldn’t hear non of it given the nature of offense.

ODPP has come out in defense of the ruling that sent Achieng to prison saying there was enough proof of defilement an argument that lawyers led by Nelson Havi have trashed, vowing to review the case and determine the facts.

Achieng had pointed an accusing finger at the ODPP and the magistrates for mishandling her case and not given a fair hearing. Achieng will be finishing her jail term in February and plans to go back to her rural home to refresh her life that has been disrupted by ten years spent in jail.