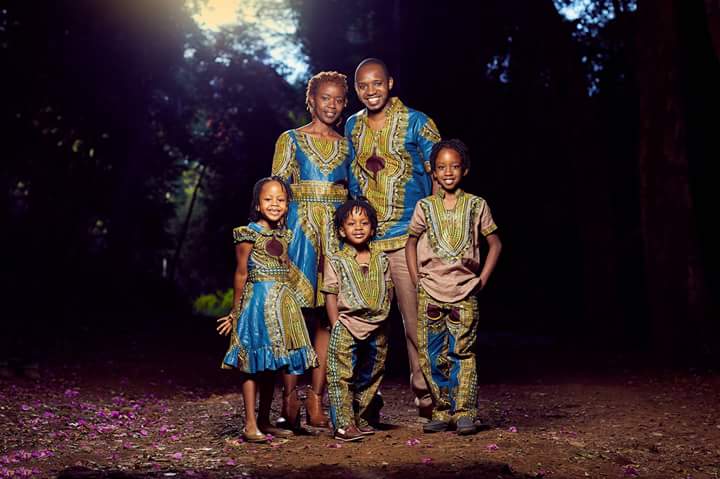 Mwangi has been away from Kenya close to a month staying in the US with less known of his stay. The defiant activist has now come out admitting he has been on exile following credible death threats on his life and family. Below is his own narration.

DEATH THREATS.
I rarely let people into my emotions and fears. My wife can count the number of times she has seen me cry. In late November 2016, I broke down on national television, NTV’s show, The Trend. (Here is the clip https://www.facebook.com/NTVKenya/videos/10153591660834058/) The host, Larry Madowo, and I have been good friends for nearly 10 years. Although he knows some of my personal struggles, he has only seen me cry at our friend, Quest’s funeral. But there comes a time when things can no longer be contained inside. Today is such a time. I have decided to bare some of it by writing this. To share the hidden war in my life.

My life has been haunted by all kinds of threats. Some close friends know about the intimidations that I receive, but I have always been reluctant to go public about them. I did not want to ever be the boy who cried wolf.

In the past five years, I have publicly been accused of many things. In 2013, for example, during the Love Protest on Feb 13, l was accused of trying to overthrow the government with the backing of the US government. I was neither investigated nor arrested for this alleged treason even after the National Security Advisory Committee made these serious and outlandish allegations. These were blatant lies and cheap attempts at discrediting my patriotism.

In 2014, l received credible death threats that led me to write to the president. Upon delivery of the letter, the threats promptly disappeared. In November 2015, I took part in a protest against insecurity and there were thugs hired to stab me during the peaceful protest in the streets of Nairobi. I reported the matter to the police with images of the goons and video footage of the confessions, but no investigation was ever carried out.

My close family and friends are in constant fear for my life. My mother-in-law even has a permanent prayer chain of friends who pray for me daily. Do I fear for my life? It’s the question on everyone’s mind and it comes up at every interview or talk I give. Like most humans, I am afraid of death, but often my convictions for a better Kenya have overcome this real and palpable fear. It is a great sacrifice to die for Kenya, but an even better one to live for her.

Since l became an activist, my life has changed significantly. I can’t be out alone late at night. A veteran politician once cautioned me that evil loves the dark. I am constantly looking over my shoulder. When working late or hanging out with friends, l must ensure I am with trusted company. I cannot speak freely on my phone. I have had to adjust my life drastically as I cannot afford to take these threats lightly. Routinely, supportive friends with access to info will send me information shared by people who have been paid to spy on me. In spite of these chilling reports, I refuse to be intimidated into silence. I refuse to be paralyzed by fear.

I am anguished because the threats are now taking a more dangerous tone. For the first time since I began engaging in activism, my wife and children have been included as targets. The source of the threats claims that because I have refused to be bought and won’t compromise, I have put my family in danger.

I shared these threats with fellow Human Rights defenders who convinced me to have my family leave the country late last year. I remained behind all the while being followed and monitored by people who were looking for an opportunity to do me harm. I left Kenya for South Africa and when l came back l was still been followed. I was then advised by fellow human rights defenders to leave the country for awhile. I left and took the opportunity to promote my book in the US. In the past month I have managed to conduct a successful book tour with the support of good friends in the Diaspora.

While the book tour experience has been amazing, deep down I am emotionally drained. I want to come back home.

We were meant to travel back last week, but then I received a frightening warning message: “DO NOT COME HOME: THEY WILL KILL YOU.” To prove the message’s authenticity, my source shared specific details of how they intend to hurt me and my family. It has broken my heart to see my wife cry, almost everyday. In her tears she keeps saying, “You fight for Kenyans everyday, but who will fight for me and for our children?”

Sadly, Kenya will never be safe until every one of us is safe. There has been constant intimidation of activists and journalists in the past few years. Their survival tactic has been to leave the country, let things cool down and then return. After their return, they chose silence to be their language. Their stories are never made public, but the very real threats are whispered in the activism community.

I was born in this beautiful country and for the last three decades I have loved her. But like many of you, she has not always loved me back. We can easily blame her but then we have to stop and ask ourselves, who is Kenya? We were entrusted with this great nation but instead of sowing love, peace, equal co-existence we have harbored tribalism, hate and fear. This is what feeds the corrupt mafia. The intention of the Kenyan mafia is to plant seeds of discord and bully us into submission.

As I write this, I am on my way back home. I intend to make a statement of the current threats to the police. They may not do much about it, but I will have done my part in reporting. My family will follow once I have shared all the information I have with the police.

It is only cowards who kill women and children. It is cowards who praise the people who illegally acquired wealth and are continuing to impoverish our nation. I chose not to be a coward. I shall also expect a response from the state. A state loses its legitimacy if it cannot protect the lives of its citizens and their property.

Some speak of my methods as wrong and disrespectful, what I ask is when were we ever shown respect? The tribal kingpins and looters keep taking and taking. The people who want me dead are part of the looters, like the cowards they are, they can smell defeat.

Victory for ordinary Kenyans will come eventually. This 2017 elections is the last election that will be determined by tribal formations. The big tribal kingpins political careers are ending in the 2017 elections and if we are not careful the successors will be criminals – drug dealers and people who have stolen money from Kenyans. Remember Kamlesh Pattni was cleared to run in the 2013 elections. Expect NYS thieves and fellow tenderpreneurs to be on the ballot. We are witnessing the rise of candidates with unexplained wealth, whose ideology is to flash money and buy votes. As a generation, we must shun and reject them.

All the public action I have been involved in has contributed positively in making Kenya better. They may silence my voice but to all those who have heard it, read it and benefited from it –Stand up. Speak up. Time ya story imeisha. Support me now, while I am still breathing, speak for me and my family. If you disagree with me and my methods, but do agree that we need to reclaim our country, use your vote and choose Kenya’s next leadership wisely. I am not alone in the fight for a better Kenya, there are those whom we share similar aspirations for our country. In the coming days there will be men and women of integrity and with a vision for a better Kenya, who will be seeking elective office. Support them. Campaign for them. Vote for them.

To those who have supported me and my family through this hellish period, THANK YOU! This is not just my family’s fight, it is your fight too.

To those on the receiving end of death threats, abuse and attack for demanding a better Kenya, be encouraged. Roho Juu! This struggle is not in vain. Hate, abuse, threats won’t stop this righteous fight to reclaim Kenya. Many of you will like and share this post, and whether we know each other in person or not is immaterial. What you need to understand is things are not as they should be. We must fight to reclaim Kenya for our future and for those who will come after us.

When the mafia fights back, and try to single us out, let the echoes of history remind us of the young people who fought for our freedom and defeated the colonialists. They overcame colonial firepower and liberated Kenya. We too shall overcome the corrupt and reclaim back Kenya.

Related Content:  Tala Senior Manager Conned Sh9M By Ghanaian Witch Doctor Who Promised Her Promotion At Work
Kenya Insights allows guest blogging, if you want to be published on Kenya’s most authoritative and accurate blog, have an expose, news TIPS, story angles, human interest stories, drop us an email on [email protected] or via Telegram
Related Topics:
Up Next