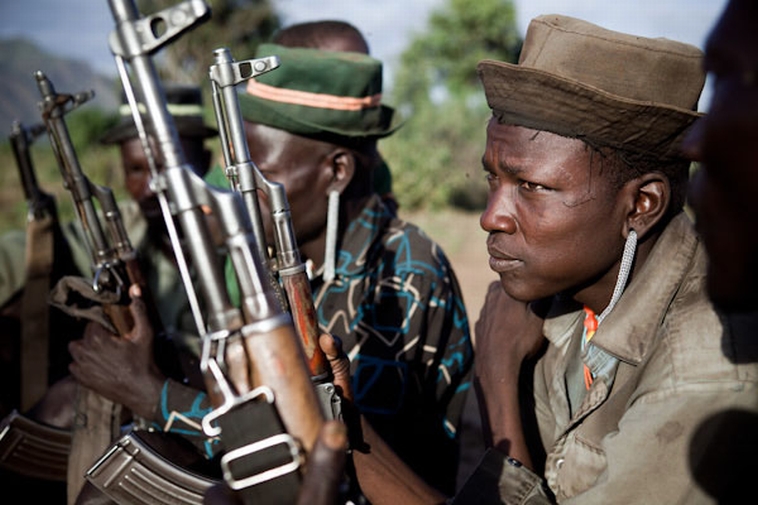 In his last visit to the county, while doing voter registration mobilization, the Deputy President issued a directive for the armament of locals following heightened insecurity. At least 1500 guns are to be distributed to locals under National Police Reserve arrangement. However, this method has not gone well with a majority who’re now pointing at a possible ulterior motive in this last-minute measure in the wake up to the elections.

Turkana Professionals Association Is particularly alarmed by the process of identifying the recipients of the guns. Security is the responsibility of the National Government through the Security Agencies like National Police Service (NPS). The National Police Reservists (NPR) program was intended to enhance security which is every citizen constitutional right to protection for Kenyans resident in Turkana.

Unlike the success in Mandera, the lack of commitment to roll out the NPR program in consultation with the County Government, principal NPS offices in Turkana have failed the people of Turkana North, Turkana West, Turkana South Kibish and Turkana East, Lomello killings still fresh in our minds NPS failed in their duty.

And Turkana County Govt had a budget approved to support NG in paying the stipend for NPRs. As always, area MPs stopped IG from granting approval to the program. Reason? Governor Nanok will take all the political credit. The political rivalry is coming avoidable consequences.

A few weeks ago when Elgeyo Marakwet and East Pokot’s peace meeting led by Senator Murkomen, the IG called the County Commander instructing him to commence recruitment for NPR.

Considering the Security situation in Turkana and the rising number of arms in illegal hands, this situation is increasingly becoming a time bomb; it is critical at this point that this NPR process is implemented accordingly.

When a senior politician ignores the rule of law on security management and goes ahead to distribute guns in the pretext of the NPR program without the proper officers, will the said guns indeed be used to protect the Turkana people or serve the politician’s interest? Isn’t such a politician setting conditions for unnecessary violence in the electoral period as it happened in Kalokol?

What concerns most is the fact that we are already in a political mood, and must actively oppose the Turkana South MP James Lemonen approach that is obviously destructive whatever the interests he is pursuing. Not forgetting the number of political incidences involving guns by our politicians a case in point is Kalokol by- elections. It is more suspicious that the MP is doing this without the County Commissioner’s knowledge.

This situation can’t be condoned to continue while events are unfolding each day. The insecurity experienced in Turkana is both internal and external. This is unfortunate, and we condemn it in the strongest terms possible. The path of violence isn’t positive for any leadership, and such politician should desist from such barbaric means.

Hopefully, all County Security Agencies will adopt this and action taken expeditiously.
Meanwhile, Governor Nanok needs to update on the status of this NPR program. Perhaps our Committee on Security can interrogate further this new phenomenon, we might be focusing our efforts on the Pokot neighbors, and yet the issue we are dealing with is right here.

Turkana is a predominant opposition region under Nanok this has elicited theories that Jubilee are sensing defeat and are arming people.
Interestingly, it’s baffling that IG Boinett is sitting on TCG’s request to recruit and place NPRs on the county payroll. Turkana County Gov’t has, for 2 FYs, allocated funds for NPRs salaries. NG won’t explain this for implementation as it will score the governor political mileage.

It’s questioned as to why IG has refused to allow TCG to proceed with this yet they allowed Mandera. Sabotage. Insecurity is high such that a police post in Turkana has barely three officers. With the mandate on his head, it is feared that the Turkana South M.P is allocating guns to his cronies, thereby capable of leading a rebellion against the popular county gov’t led by Nanok. Ideally, elders ought to be involved in selecting the persons to be given guns, but the area M.P hears none of it

Naturally, Turkana South Police Boss who now feigns ignorance over this plan should be held responsible should anything go wrong during elections in Turkana South because he’s abetting a crime by allowing the area M.P to single-handedly select beneficiaries of guns

Instead of getting Turkana South to the grid, FastTrack tarmacking of Kitale-Lodwar road & water projects, all he could ask for is guns. Apparently, the idea sells in the constituency coz it borders West Pokot. But elites are opposed to his continued arming of people. They want development. The idea is OK except that the process of identifying gun holders is suspect. Being under his command, there is a risk of the MP using them to sponsor election violence against his opponents

Related Content:  ODPP Seeks Orders Barring Sonko From Accessing His Office And Should Deposit His Passport With Court
Kenya Insights allows guest blogging, if you want to be published on Kenya’s most authoritative and accurate blog, have an expose, news, story angles, human interest stories, drop us an email on tips.kenyainsights@gmail.com or via Telegram
Related Topics:
Up Next

I Have Recieved Credible Death Threats On Me And My Family, Activist Boniface Mwangi Comes Out