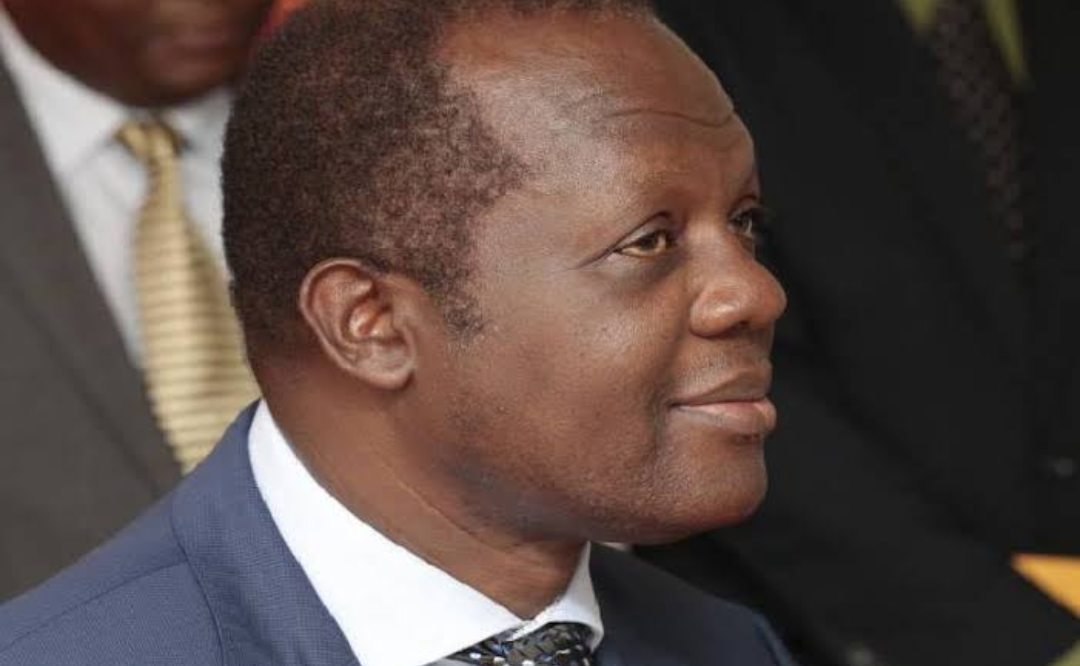 Deputy President William Ruto and his allies have turned their ‘guns’ to Jubilee Party Secretary General Raphael Tuju and want to see him out.

On his defense, The former Rarieda MP, Raphael Tuju rubbished Ruto’s accusations saying that he is simply working to deliver on President Kenyatta’s Agenda.

In an interview with a local press, Tuju said Ruto and his allies should follow party regulations if they have enough evidence to eject him.

“There is a laid down procedure of how to remove someone from office. Those with issues should at least file them with the party then allow me to defend myself,” Tuju said.

According to Tuju, he was in Siaya county over the weekend to commission development projects on behalf of Uhuru and had nothing to do with Raila.

“I received a phone call from the President asking me to go and represent him. The only thing I did was to read the speech from the President. Now they want to impeach me because of that?” Tuju asked while on an interview with a local press.

“Initially it was Interior CS Fred Matiang’i who was to go but some changes were made. I was facilitated by State House.” Tuju added.

“The projects were in Siaya county, Rarieda constituency and therefore the host senator and area MP would automatically attend” Tuju said.

On Ruto’s side, his political allies have vowed to eject Tuju.

“He has no business being in our party if he has joined forces with the opposition to undermine the DP who is also our deputy party leader,” Ms Gitau told a local press.

Another Ruto’s ally John Waluke, the current Sirisia member of Parliament has accused Tuju of taking advantage of the handshake between Uhuru and Raila to undermine Ruto.

“Raila is an opportunist who is working closely with Tuju to wreck Jubilee. We will not allow this to happen, we know how we campaigned for Jubilee to form the government and the parties that were merged,” Waluke said.

Naivasha MP Jayne Kihara said that Tuju is is compromised and can no longer be trusted as SG.

“If he is now comfortable working with Raila after the handshake, then he should just quit rather than advance his political agenda using his position in the party by sharing our strategy to please Raila,” Ms Kihara said.

“Tuju should stop undermining the unity of our party from within,” said Kapondi.

“It is very unfortunate that the Secretary General of Jubilee can talk and plan how to incite communities. This is unbelievable,” said Pukose.

Kapseret MP and the self proclaimed Ruto’s Spokesman Oscar Sudi, accused Tuju and former Vice Chairman David Murathe of having become a liability to Jubilee Party.

“Tuju and Murathe are rejects who should be removed from the party through elections,” Sudi told a local press.

“We brought Tuju into Jubilee, not because he had any support, but because we wanted to create a national face for the party. He is now baggage and should be removed,” Sudi added.

On Saturday, DP Ruto shared a tweet accusing Tuju of turning into a Raila strategist ahead of 2022 Presidential polls.

So our democracy is so liberal that the SG of the ruling party has become the chief strategist of the opposition!! Maajabu

Kenya Insights allows guest blogging, if you want to be published on Kenya’s most authoritative and accurate blog, have an expose, news TIPS, story angles, human interest stories, drop us an email on [email protected] or via Telegram
Related Topics:Jubilee PartyRails OdingaRaphael TujuUhuru KenyattaWilliam Ruto
Up Next