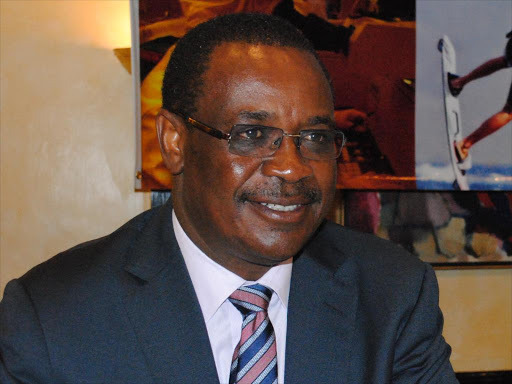 In his ruling, trial magistrate Douglas Ogoti upheld Kidero’s contention that the DPP errored in law by trying to amend the charge sheet on January 16 last year to have him and Aduma prosecuted together.

The court declined to consolidate Ksh58 million in Kidero’s file with that of Nyakach MP Joshua Aduma Owuor who was charged with corruptly authorizing payment of Ksh10 million to a law firm of a dead lawyer eight years ago.

Ogoti struck out the amended charge sheet where the DPP had unlawfully attempted to have the two cases consolidated and ordered the earlier charge sheet against Kidero’s Ksh68 million graft case to proceed to trial.

“There is nowhere in the court record that the prosecution sought for the court’s permission to file the amended charge sheet. The charge sheet dated January 16, 2020, is hereby struck out,” the magistrate ruled.

While declining to allow the two to be tried together, Ogoti said the prosecution may move to amend the charges but that has to be done within the perimeters of the law.

“This is an ongoing matter. The prosecution was legally bound to move formally in order to seek for the court’s permission to introduce the charge sheet dated January 16, 2020,” Ogoti ruled.

“It is not open for prosecution or any other party to introduce documents to the record in a live matter without following due process.”

Related Content:  Why You Need To Be Worried Before Engaging Lawyer Apollo Mboya Over Confidentiality Concerns

In the charge sheet that has been struck out, the DPP had amended charges in the case by introducing an accused person and amending dates in the case. The DPP claimed that the charges and evidence in the case against the two were similar therefore they should be tried together.

Kidero and Aduma had contested the move to have their cases of Ksh 58 million and Ksh 10 million respectively consolidated saying that the DPP’S decision was an abuse of the court process.

They further argued that the DPP offended their rights and integrity to a proper and fair trial.

On December 4 2019, Ogoti had directed that the DPP prepares and presents a new charge sheet and have Kidero, former Chief of Staff George Wanaina, John Kariuki and thirteen others take fresh pleas.

The DPP was ordered to prepare a fresh charge in the two cases after Ogoti declined to consolidate Kidero’s file with that of Aduma.

However, on January 16, 2020, the DPP filed a fresh charge sheet having the two cases consolidated a move that was highly contested by the defence lawyers.

Kenya Insights allows guest blogging, if you want to be published on Kenya’s most authoritative and accurate blog, have an expose, news TIPS, story angles, human interest stories, drop us an email on [email protected] or via Telegram
Related Topics:DPP Noordin HajiDr Evans KideroOffice of the Director of Public Prosecutions (ODPP)
Up Next