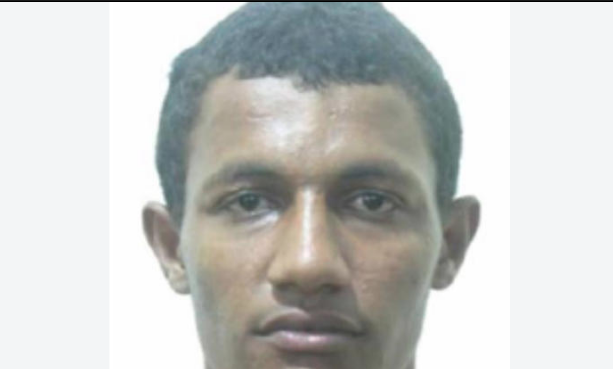 Kenyans we’re left in shock after the CCTV footage showing the moments when the Dusit first attacker blew himself up, in what seems to be the first suicide bombing mission in Kenya.

The bomber can be seen walking and standing outside the Secret Garden Restaurant seconds before detonating. He seemed unsure of his steps and while ordinarily, it would be expected he blow himself up in a crowded place, the attacker blew himself up outside.

Intelligence officers have now identified the attacker as Mahir Khalid Riziki who apparently has been on ATPU radar since 2014 where he was amongst the many youths charged with killing officers in Coast. He was recruited into Al Shabaab by Ramadhan Hamisi Kufungwa while attending prayers at Masjid Musa, a mosque that has been accused of radicalizing faithfuls and recruiting for Al Shabaab.

Masjid also happens to be where the radical cleric Abud Rogo who was fell by police bullets and accused of being an Al Shabaab operative and used the Masjid mosque to recruit youths into the terrorist group in Mombasa.

In 2015, Hamisi fled to Tanzania after the police circulated his image as a wanted criminal, he would later confess to his family of joining Al Shabaab before moving to Somalia.

He had been under training in Somalia until Mahir, according to detectives, sneaked back into the country last week, through Elwak in Mandera county then to Takaba and boarded a Moyale Raha bus in Marsabit town heading to Nairobi.

He then moved to Guango estate, Mucatha in Kiambu county where the attack ring leader Ali Salim Gichunge resided, and received instructions on his role in the 14 riverside drive attack.

On the attack day, Mahir arrived at the scene ahead of his team and was in touch with Gichunge who was the operation commander and was to take position inside the restaurant, blow himself up, kill as many and the blast to signal the assault team positioned outside and kill civilians fleeing.

According to intelligence, a time disconnect and tactical failure by Mahir led to saving of many lives. The initial plan apparently was for him to detonate from inside and not outside for maximum casualties.

“The attack strategy was for him to detonate his suicide vest to kill people at the Secret Garden restaurant and signal incoming attackers. Then, as people scamper for safety towards the main entrance of Dusit complex, the other four attackers were supposed to embark on a killing spree targeting the fleeing crowd,” a source said. 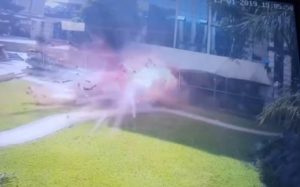 Moments when Mahir blew himself up.

Mahir fortunately blew himself up at the wrong place and before his colleagues would arrive as planned letting many people escape and leading to many lives getting saved. His other colleagues stormed in minutes later behind schedule when scrores Of civilians had escaped. Unfortunately, they managed to kill 21 civilians in their shootings.

Suhaila Mwalim Bakari, was taken into police custody following the identification of her husband, Mahir Khalid Riziki, as the suicide bomber in the Tuesday attack.

It is not clear whether Suhaila became radicalised, but investigators say she was a  confidant of her husband, lending her ears to his trials and tribulations while in Somalia everytime he called her, demanding details about her current life while he remained in hinding.

For a man who has been in police radar since 2015, questions arises as to how he perfectly evaded surveillance, communicated with his wife in Mombasa, sneaked into the country, moved through Nairobi and walked into Riverside with bomb vest without detection.

The Making Of A Suicide Bomber, Former Al Shabaab Fighter Reveals Behind Scenes