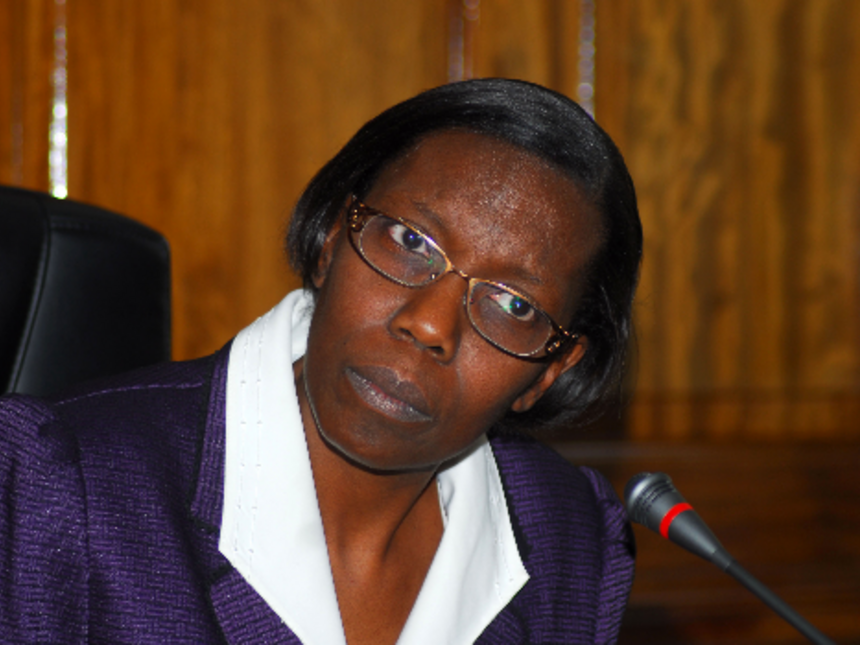 Controversial former Judge Lady Justice (Rtd) Mary Ang’awa is one of four prominent Kenyans at the centre of an ugly showdown at the Nairobi Club, that threatens to expose unseemly financial dealings at East Africa’s oldest members club.

An ugly scene engulfed the club on Thursday 27th Dec, when Justice Angáwa alongside 3 prominent members of the club, who were fired by members from the Club Main Committee on 11th December, attempted to force their way back into office and issue resolutions claiming to be the bonafide club officials.

According to eye witnesses, Justice Angawa, Prof Joseph Keiyah and Ms Jane Thirikali were forced to flee the club shortly after 10am after the club’s management with beefed up security barred the ex-Committee members from conducting any meeting within the premises. 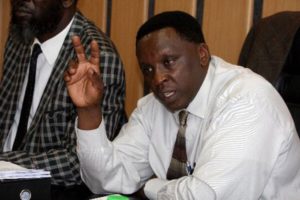 In a strongly worded press statement issued by the Interim Club Main Committee  Elected after the incident, the club condemned four of the recalled committee members Lady Justice (Rtd) Mary Angawa, Mr David Aduda, Mr Prof. Joseph Keiyah and Ms Jane Thirikali, terming their effort to retake their offices by force as an illegal attempt to “usurp the club’s authority”.

The statement also pointed an accusing finger at the 4 ex Committee members attempt to retake their offices as a clear effort to interfere or obstruct an ongoing audit ordered by club members after details of financial scandals were unveiled mid 2018.

In the stormy SGM, serious corruption and mismanagement allegation were levelled at Committee. The then Vice Chairman  Prof Joseph Keiyah received the brunt of club members ire as incidents of his involvement in shocking procurement malpractices were read out to members. Among the accusations were;

a. While Chairman of Works and project sub-committee, he influenced a variance to works of Ksh 3,833,792.00 which was not budgeted and without the involvement of the Club management. Arm twisting the club to cancel a billboard contract awarded to Backlite and award it to Adsite whose cost of Ksh 2,000,000.00 was more expensive to Backlite’s Ksh 1,750,000.00.

b. Lobbying and canvassing for a Ksh 6,410,000.00 cost to purchase a generator set and cabling services which the Club management had not sought contrary to Club management procurement policies.

c. Presenting and canvassing for a quote Ksh 3,405,516.40 claiming that it was the amount required to cable the generator set to the Tennis Pavilion which the Club management has not sought.

d. As Gymkhana captain, he personally procured a music system for Zumba classes at an inflated cost of Ksh 284,700.00 as opposed to the procurement cost of Ksh 74,500.00 which had been already negotiated by the Club management

According the those who attended the stormy SGM, the members singled out Prof Keiyah and Justice Mary Angawa as those who had cultivated a cartel like approach to Nairobi Club’s procurement matters.

The sordid revelations at the club mark yet another disgraceful chapter for both Prof Keiyah and Justice Angawa whose exist from public service seem to have left them in limbo.

Prof Keiyah was appointed in 2016 by President Uhuru Kenyatta to be a member of the Coffee Sector Implementation Committee. His term expired in May 2018 and was not renewed.

The controversial judge was removed from the judiciary by the Judges and Magistrates Vetting board in December 2011 and has since been in and out of court fighting the decision. Her attempt to become Muthaiga Golf Club’s lady Captain was rejected as members objected to the cloud over her removal and her widely reported abrasive personality. 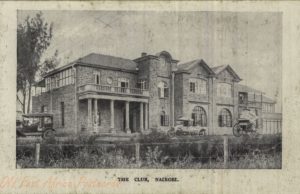 At the Clubs SGM on 11th Dec 2018, the ex judge was accused on high handed decision ie threatening the Club CEO and other senior administrative officials with removal if they did not align to her camp. She is also accused of forcing the club to cancel a valid contract with a billboard company to advance a different company supported by herself and Prof Keiyah.

The members resolved to call the matter to a vote as per the bye laws. The vote to sack the entire committee was 104 votes in favour against 32 votes. The Club Main Committee that was recalled was as below:

After proposals and secondments of various Club members, the following interim committee was elected:

In the process, Nairobi Club also managed a first – elect its woman Chairperson Ludmila Shitaka, since the club’s inception in 1902.

In the meantime, the outcome of the financial audit threatens to burry the reputations of several notable members of the Club.

Nairobi Club. One of the oldest members clubs in East Africa. Founded in 1902. Now at the centre of procurement controversy.

According to inside the sources Nairobi Club has an accumulated debt of KShs 100 million which has raised serious concerns about the well being of a club patronised by an exclusive group of Kenya’s high and mighty.