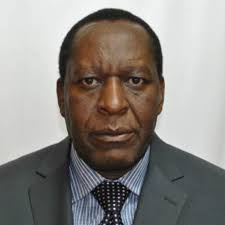 Githaiga was one of the beneficiaries of a failed, compromised judicial system and his close contacts to the owners of power made him get away with a criminal act, that of falsifying his identification data. Stephen Maina Githaiga, which is his name captured on his national ID card he changed to Stephen Ruimuku Githaiga on his passport.

He altered his birth year from 1953 to 1958 to illegally extend his tenure. In this period, Githaiga earned Sh10 million illegally as salary which is outright criminal that he must be held into account for.

Githaiga also faced accusations of hiring 37 employees without the board’s approval. In a court petition filed earlier this year in March, they want him to pay Sh13.7 million, the total basic pay earned by the 37 he allegedly hired. Here’s a man who practiced nepotism at the highest grade and employed only his family members and close friends.

For long, Githaiga ran Tana & Athi River Development Authority(TARDA) as his own household. Stephen Githaiga First off, his initial and actual name on the ID card number 1901968 is Steven Maina Githaiga date of birth 1953, and he fraudulently changed to Steven Githaiga Ruimuku birth date 1958 in his passport no A1593455 acquired on 02/02/2011. By this, he reduced his age by five years as a scheme to allow him to serve more years in the industry.

The open irregularity was spotted by the Auditor General Ouko in the accounts of financial year 2013/14, and the matter was taken to EACC for investigations but knowing the nature of things in Kenya, the embattled MD compromised the commissioners. Intel reached Kenya Insights then indicating that the parastatal was set to receive about Sh.6B for Athi River conservation and upgrade projects, and it was for that purpose that Githaiga structured ways to buy time and tap into this cash. He used that allocation as the bargaining point with the EACC and anyone who dared raise a voice on his irregularities.

In his 2013/14 report, the Auditor General noted that TARDA had lost Sh717,088,891. In his 2017 report, the AG said that the authority had received Sh.247,572,911 but couldn’t account for Sh.32.637,973 which in Kenyan terms is looted money. We’ve not even gotten into 2016/17 when the authority had multi billion projects but we will break it down in our subsequent series. Irregularities in tender awards which was also put on Githaiga cost the company huge loses.

Githaiga was interdicted for misappropriation of Ksh.190M for ESP programme in TANA DELTA which he has never accounted for to date. EACC detectives Eunice Hinga and Ibrahim Lorot who were handling his cases were accused by staff members in their report to the US of having been heavily compromised such that his disobedience to EACC summons went unpunished and his fines left to catch dust, they must therefore be investigated as well.

Githaiga bucket of lies included him holding a PhD from CUEA, however, our investigations revealed otherwise, he only went to Mosoriot TTC where he went for his P1 course and that’s the furthest he went. In his bio, he claims to be a lecturer at USIU in the business department, Kenya Insights has reached to the university who disowned and certified that he was not a lecturer in the school as claimed.

Also, an area that should interest the investigators, the 165 square kilometre High Grand Falls Dam, that was to cost Sh150 billion, and expected to hold over 5.6 billion cubic metres of water that to irrigate over 250,000 hectares of land and produce over 700MW of electricity. The devil is in the details.

We’re now calling upon the ODPP and DCI to revive this case in which Kenyan taxpayers money must have been embezzled in billions and recover the stolen loot. Masinga Dam Project which was to be constructed at a tune of Sh.6B and what was one of the main reasons Githaiga extended his term by falsifying his age was also his fraud scheme. In fact , the Treasury had at one point refused to approve funds.

Interestingly, given his embezzling nature, Githaiga is alleged to have had approached Chinese Construction Cartel for the construction of his dam. They even bribed him with his current V8 car as a tip to be awarded the tender. These accusations should give investigators the leads they need.

Githaiga is also accused of having stolen from TARDA a LandRover Discovery Reg No. KAD 266D which he sold to current National Assembly Speaker, Justin Muturi who doubles as his closest friend. Githaiga’s relationship with Muturi explains why the unresolved issues on audited accounts have never been handled despite having been tabled to the Public Investment Committee several times. It were unfortunate that the speaker could have used his position to block out the petition and opted to protect his friend and if anything, Muturi himself is a beneficiary of the Githaiga’s looting since he sold him the car.

As we embark on a long term campaign to revive TARDA looting amongst other forgotten files, we believe in the competence of the DPP Noordin and DCI Kinoti that the likes of Githaiga who for long thought they’re untouchable and looted public funds without hiccups, need to be brought to books and more importantly the illegally acquired wealth be recovered and such characters be thrown into jail.

Githaiga’s case is special because he’s for long fronted that he’s untouchable given his close relationships with the DP Ruto and President’s cousin Muigai. He even made contributions in millions to the Jubilee campaign kitty as a way of buying himself security. This is going to be one of the tests and we’re challenging and watching which way the ODPP and DCI are going to take given the open illegalities that took place in Githaiga’s tenure, he must not get away with this and we’re keen to realize justice.

Kenya Insights allows guest blogging, if you want to be published on Kenya’s most authoritative and accurate blog, have an expose, news TIPS, story angles, human interest stories, drop us an email on [email protected].com or via Telegram
Related Topics:
Up Next