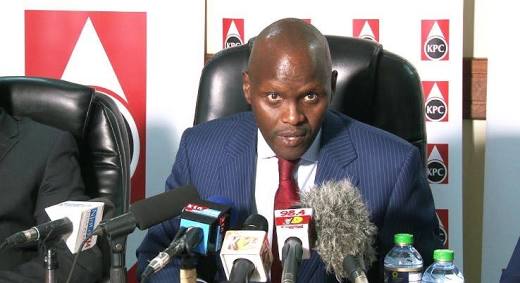 As war on corruption intensifies, the guns must turn very fast on parastatals and more so the energy sector that has become a milking cow for fraud officials. Kenya Pipeline is such department that has deep corruption that must not be rushed over in investigations therefore the DCI must take their time to unearth and send people to jail. Kenya has lost billions in several scandals not just under the scandalous MD Joe Sang but also his predecessors.

If investigations are done, I hope the scope goes wide enough to net thugs who’ve been siphoning billions of taxpayers money through KPC. Among the scandalous deals that DCI must take a close look into includes but not limited to; details of the purchase of land next to the KPC headquarters, the KPC integrated security system, the proposed SCADA system, Kisumu oil jetty, bottom loading facility in Eldoret, the loss of line fill of Emky Ltd, valve automation, PS 14 fire hydrant system and the findings in the investigation on possible fuel theft on authorised fuel advancement to OMCs,  Thange oil spillage clean-up, Line 6 construction tender and Kisumu improvements civil works.

In summary, the taxpayer may have lost up to Sh120 million for the purchase of the two acre piece of land. Original documents show the ministry of Lands valued the land at Sh253 million before the National Land Commission pushed it to Sh545 million.

In the lease agreement, the figure indicated is Sh545 million but KPC paid up to Sh670 million for the land in a deal that was executed through a broker.

The technical processing committee had recommended that the corporation pays the amount that the NLC had arrived at but KPC paid more for unjustified reasons. The DCI is also said to be interested in knowing the rationale of using brokers yet the owner was selling the property directly.

The investigators are also interested in the tender awarded for the construction of the Sh1.7 billion oil jetty in Kisumu which was meant to ensure efficiency in the delivery of petroleum products.

In the following series of corruption at KPC, we explore the biggest scam that has been widely reported but we just putting a reminder on how At least Ksh16B may have been lost through wasted investments in phased upgrading of systems between 2008 and 2014, while a whopping Ksh35B has been expended on a white elephant project to replace the ageing pipeline in a tender contract awarded to Lebanese firm – Zakhem International.

As I said before, investigations must not be rushed, detectives must take their time and dig deep, what they’ll unearth is earth shaking. KPC has many overnight millionaires with firms that made billions through unscrupulous deals st the expense of the taxpayers.

Should you have any leading information that would help on the investigations or you wanna expose a dirty deal either on officials at KPC or firms that does business with Kenya Pipeline, drop us an email we shall expose the story and keep your identity anonymous. Write to ([email protected])

Kenya Insights allows guest blogging, if you want to be published on Kenya’s most authoritative and accurate blog, have an expose, news TIPS, story angles, human interest stories, drop us an email on [email protected] or via Telegram
Related Content:  PARADISE LOST!
Related Topics:
Up Next

David Mwai Was Paid Sh2.4M To Murder Idriss Mukhtar With Garissa Governor Ali Korani As Mastermind Until The Gun Failed To Fire