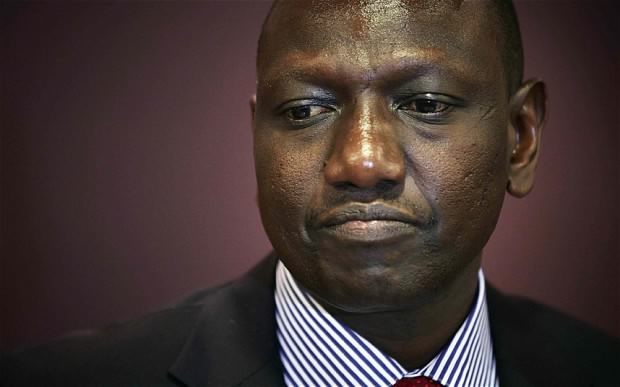 Maize scandals surrounding DP Ruto seems like are here to haunt him forever.

In an explosive political storm started by three Rift Valley MPs, Deputy President William Ruto has been accused of owning a 500,000-acre maize farm in the Republic of Congo.

The controversial Jubilee lawmakers claimed that Ruto has been discouraging famers from planting Maize.

The move is said to be positioning Ruto as the Principal and only maize supplier to the scandal-ridden NCPB.

Joshua Kutuny, Cherangany MP , Alfred Keter of Nandi Hill and Silas Tiren of Moiben alleged that Ruto has been encouraging farmers to substitute maize farming with avocado and macadamia.

“You can’t be telling us to plant avocados, plant macadamia but you are not telling us what happened to maize…Now you have gone even to Congo. You are growing 500,000 acres of maize,” Keter told a local press.

Kutuny asked the Ministry of Foreign Affairs to be open on the backdoor deals that he alleged that Ruto had signed with the Denis Nguesso on behalf of the government.

In September last year, DP Ruto traveled to Brazzaville with a large delegation and held talks with the country’s top leaders.

Ruto’s website says DP was in Congo Brazaville for an official visit and was received at the Maya International Airport by Prime Minister Clement Mouamba.

According to the government, Ruto’s tour was aimed at promoting cooperation between the two countries in various fields of interest.

It has been alleged that Ruto used this State sponsored trip to seal his maize deals in Congo.

“Part of his mission to Congo recently was to sign the deal to start maize farming there. He wants local farmers to do avocado to occasion a maize shortage in the country so that his maize from Brazzaville can gets its way to the local market,” Kutuny stated.

When local press reached DP’s office for comment, the DP’s communication director David Mugonyi said, “I will not respond to nonsense.”

Rift Valley is the biggest maize producer in country but poor pricing and infiltration by maize cartels threaten the region’s economic mainstay.

The Jubilee legislators have asked the DPP Noordin Haji to crack the whip on Ruto and other influential officers based at Harambee House Annex.

“Farmers, you must know this: most of our problems involving maize and fertilizer have been brought about the Deputy President and his office. We want his office investigated,” Keter said.

Our constitution does not insulate the Deputy President or any other leader from criminal or civil prosecution while still in office.

On Ruto’s defense, there is also no law that bars anyone or any leader from farming outside the country and importing the produce to Kenya.

“We want the DPP to investigate Ruto over maize. Every time the government releases money to NCPB to pay farmers, he calls all managers and instructs them who to pay and who not to pay,” Keter said.

Maize scandal has had many accomplices including Agriculture Principal Secretary Richard Lesiyampe and top NCPB officials who all are currently facing charges of fraud in the payment of traders instead of genuine farmers.

The Jubilee MPs from the maize growing rift valley have rubbished DP’s early 2022 campaigns saying that Ruto stands no chance to succeed Uhuru.

Ruto has banked everything he has on his Rift Valley backyard to take him to State House but the criticism from within and parallel critics from Kanu’s Gideon Moi has already started threatening his grip.

“We don’t want the 2022 talk. In fact, he has already lost. There is no direction. You are going nowhere,” Keter commented on Ruto’s bid.

“Lifestyle audit should continue. They should not come here to fundraise for us. Farmers here don’t want fundraisers. They want good pricing for their maize, better pricing for tea and milk and hospitals and roads built,” Keter said.

Their pressure seems to be bearing fruits. Last week, Mwangi Kiunjuri was forced to suspend Sh2,300 price tag for a 90kg bag of maize and called for further consultation following protests from farmers.

According to Keter and the team, farmers must be paid at least Sh3,600 for every bag of maize.

Keter also dismissed claims by the government that there was a bumper harvest last year.

President Uhuru has on various occasions, fired warnings at Kiunjuri over the massive irregular payments made to maize cartels through NCPB.

“I promise you, Kiunjuri, and I swear before God, try that again and you’ll see what will happen to you. Sisi hatutaki mchezo tena,” President Kenyatta ranted during the Nairobi International Trade Fair that was held on 4th September last year.

Related Content:  Senior State Official Under EACC Probe Over Sh350M Tenders Scam
Kenya Insights allows guest blogging, if you want to be published on Kenya’s most authoritative and accurate blog, have an expose, news TIPS, story angles, human interest stories, drop us an email on [email protected] or via Telegram
Related Topics:KeterKutunyMaize scandalMwangi KiunjuriUhuru KenyattaWilliam Ruto
Up Next