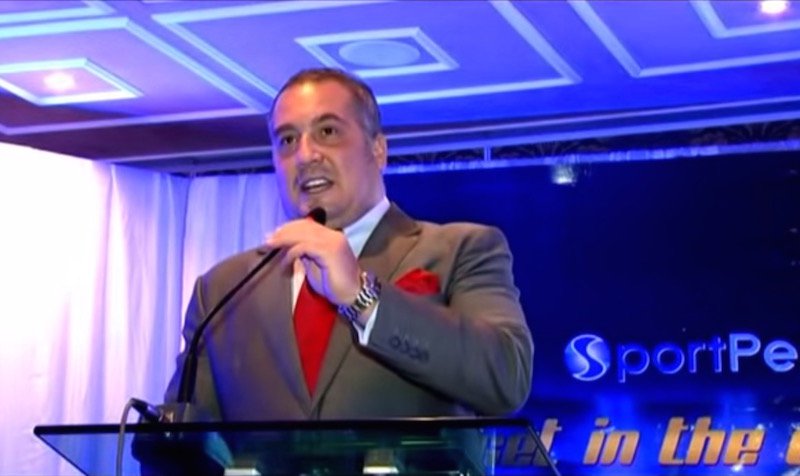 In March 2014, the Bulgarian Member of the European Parliament (MEP) *Slavi Binev was on an official visit to Kenya. The MEP traveled there in his capacity of representative of the nationalist party National Front for Saving Bulgaria (NFSB), of the EP and as Deputy Chairman of the Parliamentary Assembly of the European Union for relationships with Africa, the Caribbean and Pacific states (ACP), according to the NFSP press release.

While there, Binev lauded the launch of the mobile platform for bets of one of the largest companies in the sector SportPesa, owned by Bulgarians.

“They drove capable Bulgarians abroad, the goal of NFSB is to bring them back,” said Binev at an event in Villa Kempinski in Nairobi.

Official reports, however, withheld information about who were exactly the Bulgarians that created SportPesa, and for a good reason.

The Director of the new platform “SportPesa” is Gerasim Nikolov. He is “one of the main organizers of credit card draining in the world, according to experts from the National Security Agency (DANS),” the journalist Slavi Angelov from “24 Hours” daily claims in his investigation. His report was aired on the “On Target” broadcast of the public TV BNT1 in June 2014.

“Gerasim Nikolov lives in Nairobi, where he accepts entire brigades, formed in Bulgaria, to steal money from foreign bank cards. He is being investigated for years over the notorious hijacking, together with another criminal nicknamed the Baron, of 14 Serbian trucks and their drivers for ransom, but later became a witness in the case,” we read in the article in the newspaper on the subject.

Related Content:  Tightened Government Scrutiny Has Led To A Decrease In The Orders Of Luxury Cars In Kenya

A video circulated on YouTube, shows that the current Head of the Parliamentary Commission for Culture, Slavi Binev is too close to Gero – Gerasim Nikolov, whom he introduces as a longtime friend.

“It is very unusual for a politician to maintain old friendships. But I value my friendship with Gero, Genata and the whole team. I am very proud that Gero, who is one of my best friends, is the engine of this team,” Binev said in his speech during the “official visit”.

If it is true that DANS is investigating the said Gero, Binev can obviously provide valuable information about the latter’s business and life in Kenya to the local anti-mafia agency.

*Slavi Binev is a Bulgarian politician and former European taekwondo champion. From the start of the 1990s until 2006, Slavi Binev had been one of the main shareholders in R – System Holding AD. Binev was elected a Member of the European Parliament on the ticket of the nationalist Ataka (Attack) party in May 2007, immediately after Bulgaria joined the European Union. He was Ataka’s candidate for Mayor of Sofia in 2007.

He spilt from Ataka and was independent nationalist MEP after being reelected in 2009. In April 2012, he founded his own party People for Real, Open and United Democracy (GORD). In the 2014 general elections the latter ran in coalition with NFSB and Binev was elected Member of the Bulgarian Parliament. In late November 2014, he was appointed Chairman of the Parliamentary Committee for Culture and Media, triggering outrage among Bulgarian intellectuals, artists and civil society because he is seen as one of the main promulgators of chalga music through his former night clubs.

Related Content:  Illegal: KCB Exposes Customer’s Private Information Online
Kenya Insights allows guest blogging, if you want to be published on Kenya’s most authoritative and accurate blog, have an expose, news, story angles, human interest stories, drop us an email on tips.kenyainsights@gmail.com or via Telegram
Related Topics:
Up Next

Rift Valley MPs Says Ruto Has A 500,000 Acre Maize Farm In Congo The Reason He Told Farmers To Do Avocado Instead