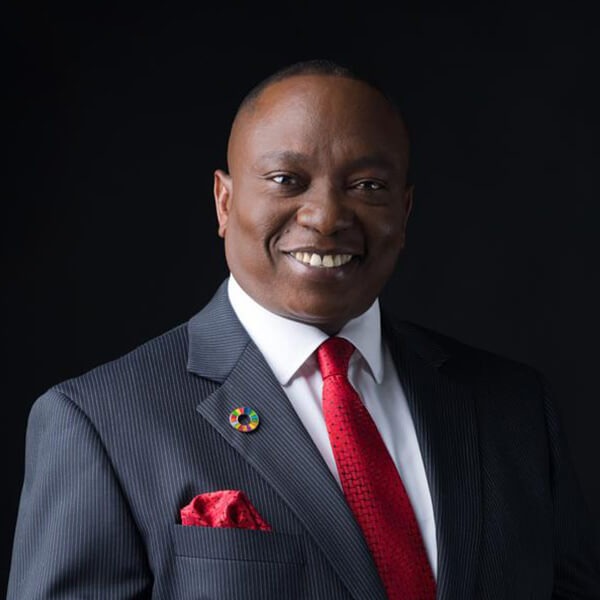 The developments of Richard Ngatia, Chamber President – Kenya National Chamber of Commerce and Industry (KNCCI) vying for Nairobi governorship has elicited mixed reactions from the public. For a better part of Monday, the KNCCI boss became the most talked about person on Twitter with many throwing shades over his past murky history of scandalous deals with the government.

Ngatia is being fronted by the Mt Kenya Foundation made of wealthy Kikuyu men to be the candidate for Azimio La Umoja as an exchange and favor for their endorsement of Raila. Having rose to the high ranks of controlling close to 2M business persons in Kenya, Ngatia believes he’s best suited to takeover the running of City Hall that has left all its past office occupants battling court cases from graft accusations. Controlling the biggest budget in the counties, Nairobi is lucrative.

While voting  dynamics in Nairobi would highly favor Ngatia, critics are saying he’s not best suited to run the city given his track record that is marred with scandals. Under #CovidBillionare, netizens called him out as a fraud over his involvement in the KEMSA scam where his firm Megascope yanked the biggest share. The Kemsa scandal triggered national outrage that has seen EACC summon top dogs close to power as it seeks to uncover the rot.

Megascope was, for instance, awarded a Sh765 million contract by Kemsa for the supply of personal protective equipment.

It also got a tender for the supply of SV300 ventilators at Sh165 million and a Sh35 million deal to supply KN95 mask at Sh700 each. Made over a billion.

Ngatia was also mentioned in the failed Sh63B medical supply scam that has left taxpayers with more burden. Beside that, Ngatia’s firm Megascope was also named in the Covid-19 donation saga from Chinese Billionaire Jack Ma where he was accused of stealing the donations and sold them to Tanzania claims that he refuted and threatened to sue NTV who ran the expose.

Merciless netizens tore the gubernatorial aspirant on Twitter based on the above accusations. Some of the samples tweets below:

The truth is Richard Ngatia is a #CovidBillionaire and now he wants to head Nairobi, and he is lecturing us on good leadership. We don't have a country here… You steal from COVID-19 victims and want to rule over them too… Interesting.

So Richard Ngatia was not satisfied with COVID-19 billions? He now wants to come for Nairobi county billions also!!. We need to FIX this country.

As much continues to unfold in our #KnowYourAspirant segment.

We take a spotlight to one of the Azimio la Umoja financier Richard Ngatia and who is the Kenya National Chamber of Commerce and Industry President eyeing the Nairobi County Gubernatorial seat. 1/8 pic.twitter.com/6ZwYFIFkxM

A Kenyan who robs Kenyans in a health Crisis is the most Selfish human and doesn’t qualify to lead.Richard Ngatia is a #CovidBillionare who should just enjoy his covid Fortunes and not go anywhere near Nairobi City County Leadership come 2022.

Today, Nairobians, I would like us to have a candid discussion. What kind of Governor do you need? Are you going to close your eyes and elect another known cartel? Kwelikweli? 🤔. The man calling himself the reincarnation of Martin Luther King is a thief… Is a #CovidBillionaire

If Richard Ngatia has got the audacity to lecture Kenyans about leadership, goes ahead and announces gubernatorial bid in the capital city, then Kenya is ripe for a revolution. Sometimes you can fool people,but you cannot fool all the people all the time. #CovidBillionaire

Richard Ngatia lacks moral authority to lecture KENYANS on anything to do with good leadership in the country.A compound Thief in #CovidBillionaire list of shame!!

It it's so unfortunate that leaders who are corrupt as are found with corrupt cases at the ones who was to ask for governorship#CovidBillionaire
Richard Ngatia pic.twitter.com/KhuLwTImyF

After using Kidero to destroy Mumias Sugar, he rewarded him with Nairobi gubernatorial post.
Now again, he want to reward the #CovidBillionaire Richard Ngatia after using him in Kemsa .
Surely, Raila Odinga, God is seeing you

He represents the worst of capitalist greed that can ever happen in the history of mankind.#CovidBillionaire
Richard Ngatia pic.twitter.com/0StqW4JHHg

In a quick rejoinder, Ngatia dispatched his online troops to counter the attacks under #RichardNgatia4Nairobi who heaped praises e their boss:

Under his leadership in the Chamber Richard Ngatia has increased its visibility through trade support, lobbying, and advocacy for the business community. More than 20,000 MSMEs have joined the Chamber during his tenure. #RichardNgatia4Nairobi pic.twitter.com/8NajxFCkQY

Richard Ngatia has received the support of a section of ODM politicians opposed to Westlands MP Tim Wanyonyi's bid.#RichardNgatia4Nairobi pic.twitter.com/AHIeVnwyHv

Richard Ngatia is the managing director of Megascope Healthcare Limited, a major corporate player in the healthcare industry in Kenya a key provider of healthcare equipment leasing for county governments.#RichardNgatia4Nairobi pic.twitter.com/FnS07jwAbJ

Richard Ngatia is no stranger to Nairobi affairs as he has been spotted with the big shots in the city and is a close ally of President Kenyatta.#RichardNgatia4Nairobi pic.twitter.com/9jJzGhCGq6

In a negotiated democracy, which ODM has been insisting on as the first option to solve a stalemate, Richard Ngatia stands a better chance of outfoxing Wanyonyi.#RichardNgatia4Nairobi pic.twitter.com/AfCTdP8Ul9

Ngatia joins other politicians eyeing the seat including Westlands legislator Tim Wanyonyi, former Starehe MP Bishop Margaret Wanjiru and Nairobi Senator Johnson Sakaja. Things are expected to get rough for the christened statehouse project governor and in politics, one needs a tough screen to survive.

Related Content:  Why The Judiciary Of Kenya Is A Defective Graft
Kenya Insights allows guest blogging, if you want to be published on Kenya’s most authoritative and accurate blog, have an expose, news TIPS, story angles, human interest stories, drop us an email on [email protected] or via Telegram
Related Topics:Richard Ngatia
Up Next

Raila Opts For A Kikuyu To Manage His Presidential Campaign