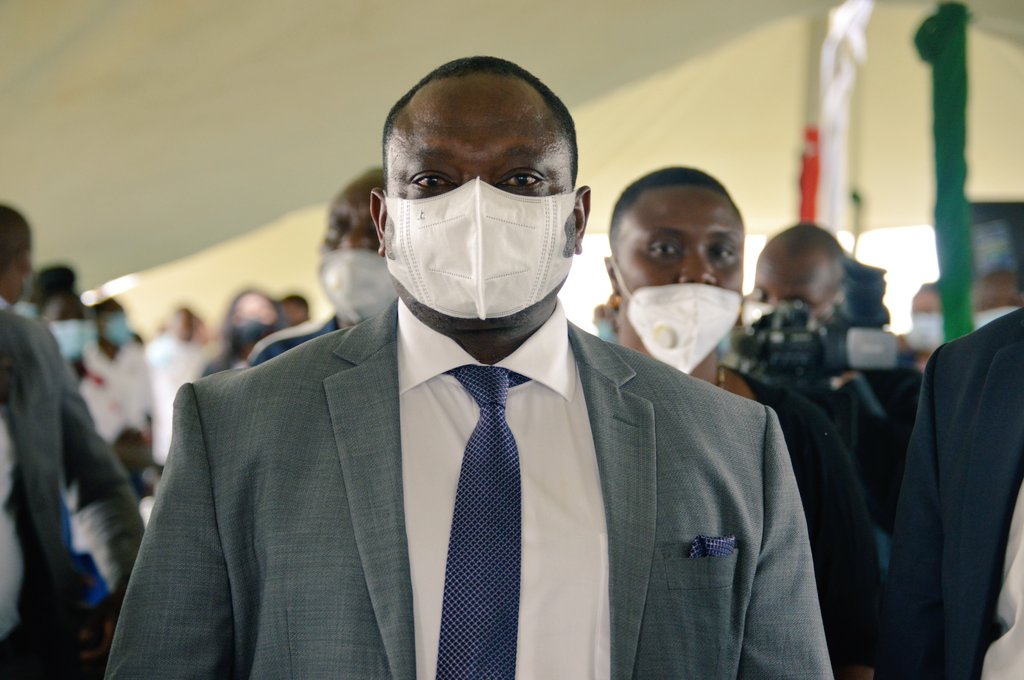 Megascope Healthcare Ltd, a firm associated with businessman and a close friend of President Uhuru is once again on the table scheming to bag another multibillion  healthcare tender despite having been mentioned in numerous questionable deals in the ministry despite many scandals clouding the firm and still not cleared.

According to information seen by Kenya Insights, Ngatia is putting his best foot forward and using his deep links in the ministry to bag a tender of building temporary COVID-19 hospitals across the country as the second wave of the virus ravages the nation.

However, despite having Kenyatta’s backing, businessman Richard Ngatia is facing stiff competition from ISM Africa for a contract with the Ministry of Health to build temporary hospitals to treat Covid-19 patients.

ISM Africa, specialises in the manufacture of these type of temporary clinics made from tents and prefabricated modules.

While such tenders have been dominated with secrecy and under dealings, many are now interested to see if Uhuru is upto the cores of his values on integrity. Kemsa, MES scams that Megascope has been adversely mentioned in are still carving dust and firm yet to get a clean bill of health of alleged involvement in shady deals something that Ngatia has often and naturally denied.

Ngatia already bagged tender to build level three hospitals in the Nairobi in informal settlements. NMS plotted to build 24 facilities with each averaged out to cost Sh70M. It’s street clear why despite being under COVID-19 funds theft allegations, Megascope won the tender. 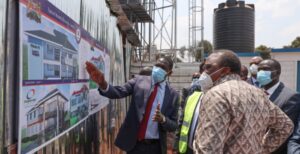 Megascope is building the three Level 3 hospitals in informal settlements. Seen in this photo is Uhuru with Richard Ngatia (hidden in a reflector jacket) during the launch.

Ngatia, a businessman who’s now customed in controversies was accused of selling donations made by Chinese Billionaire Jack Ma to help Kenya contain coronavirus. Local news NTV in an investigative story, mentioned Megascope Ltd as having handled the cargo.

In the report dubbed #COVID-19Millionaires, Okari exposed how the equipment, which included face masks, testing kits, and Personal Protective Equipment (PPE) found its way to neighbouring Tanzania, with a few individuals pocketing millions of shillings from the sale of what was meant to boost Kenya’s fight against the deadly pandemic.

The consignment arrived at the Jomo Kenyatta International Airport (JKIA) on March 24th from Ethiopia and was received by Health Ministry’s acting Director-General Patrick Amoth who while addressing the press that day noted that the equipment would be immediately deployed to help the Kenyan people tackle the scourge of Coronavirus.

However, some very powerful people had already hatched a plan to steal the consignment and make a kill from it. The Ministry contracted two companies; Megascope Limited and Crown Healthcare Limited to offload the consignment from the airport.

NTV reported that the equipment was transferred to a private warehouse in Nairobi and later shipped to Tanzania by road and crossed the Namanga border under tight police protection. The consignment

Ngatia refuted the claims and sued the TV network.

Ngatia was also mentioned in the KEMSA scam where his firm Megascope yanked the biggest share. The Kemsa scandal triggered national outrage that has seen EACC summon top dogs close to power as it seeks to uncover the rot.

Megascope was, for instance, awarded a Sh765 million contract by Kemsa for the supply of personal protective equipment.

It also got a tender for the supply of SV300 ventilators at Sh165 million and a Sh35 million deal to supply KN95 mask at Sh700 each. Made over a billion.

Ngatia was also mentioned in the failed Sh63B medical supply scam that has left taxpayers with more burden. 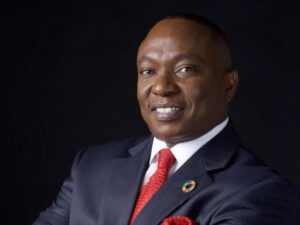 A damming report by the Senate says Megascope Healthcare Ltd — a firm associated with Richard Ngatia — was part of the rip-off and recommended it be investigated by the Ethics and Anti- Corruption Commission.

According to the report, the contract for the supply of theatre equipment under Lot 1 of the project was awarded to Shenzen Mindray Biomedical Electronic Co., a company registered in China at Sh5.4 billion

However, Shenzen Mindray subcontracted Megascope in controversial circumstances that the Senate committee note was a tactic “used to circumvent the procurement process”.

“The committee finds that the contract and the subcontractor’s deed of warranty were used to circumvent the procurement process by awarding the subject matter of the contract to Megascope, a party that would otherwise not have qualified to be awarded the contract as per the term of the tender that required bidders to be original equipment manufacturers,” the report notes.

It says the deal officially made Megascope the legal owner of the equipment, putting the government at risk as the new contract made it clear that a claim could only be made against the subcontractor.

“Due to the foregoing the subcontractor, Megascope, through the transfer of ownership of the equipment, ended up becoming the principal in a contract that it would otherwise not have been qualified to win,” the report states.

It goes on, “the Ministry of Health was negligent when it signed an amendment and restatement deed that limited its rights under the contract.”

The committee established that the change of ownership of equipment from the contractor, Shenzhen Mindray, to the subcontractor, Megascope, indicates that the actual person who supplied the equipment was not the original equipment manufacturer.

“The committee therefore recommends that the EACC investigates the circumstances surrounding the implementation of the contract relating to Lot 1 and in particular the change of ownership of equipment from the contractor, Shenzhen Mindray, to the subcontractor, Megascope, and the cost of the equipment supplied under Lot 1,” the report states.

The committee says the change of ownership had implications on the pricing of the equipment which it concludes was grossly exaggerated.

For instance, the committee observed that the average cost of linen trolleys in the market ranges from Sh5,000 -15,000 depending on quality.

However, under the MES Project, the cost levied against health facilities for the supply and installation of two linen trolleys was Sh613,272.

Further, the committee established that a number of the equipment supplied under Lot 1 was not functioning, thus clearly indicating there was no value for money.

According to the initial contract signed on February 2015, two years to the 2017 polls, the the supply, delivery, installation, commissioning, maintenance and repair of the Lot 1 theatre equipment was for Sh4.6 billion.

Under the contract, a total of 96 hospitals — two from each of the 47 counties and two national referral hospitals – were to benefit from theatre equipment that included anaesthetic machines with ventilators.

However, in October 2017 as the country was locked in the battle for the repeat polls, Health ministry officials initiated a variation of the contract and expanded the project to include 17 additional hospitals spread across the country.

The variation saw the price jump to Sh5.4 billion.

The committee also noted contradictory information with regards to the quantities of equipment supplied and delivered to the various hospitals.

However, records obtained from the contractor indicated that the facility had received only one of each of the aforementioned equipment.

“The committee therefore observes that there is a likelihood that the MoH may have overpaid the contractor for equipment supplied under this Lot contrary to Article 201 of the Constitution which obligates public entities to ensure prudent use of public resources,” the committee noted.

Ngatia who is the CEO of Megascope is the president of the Kenya National Chamber of Commerce and Industry.