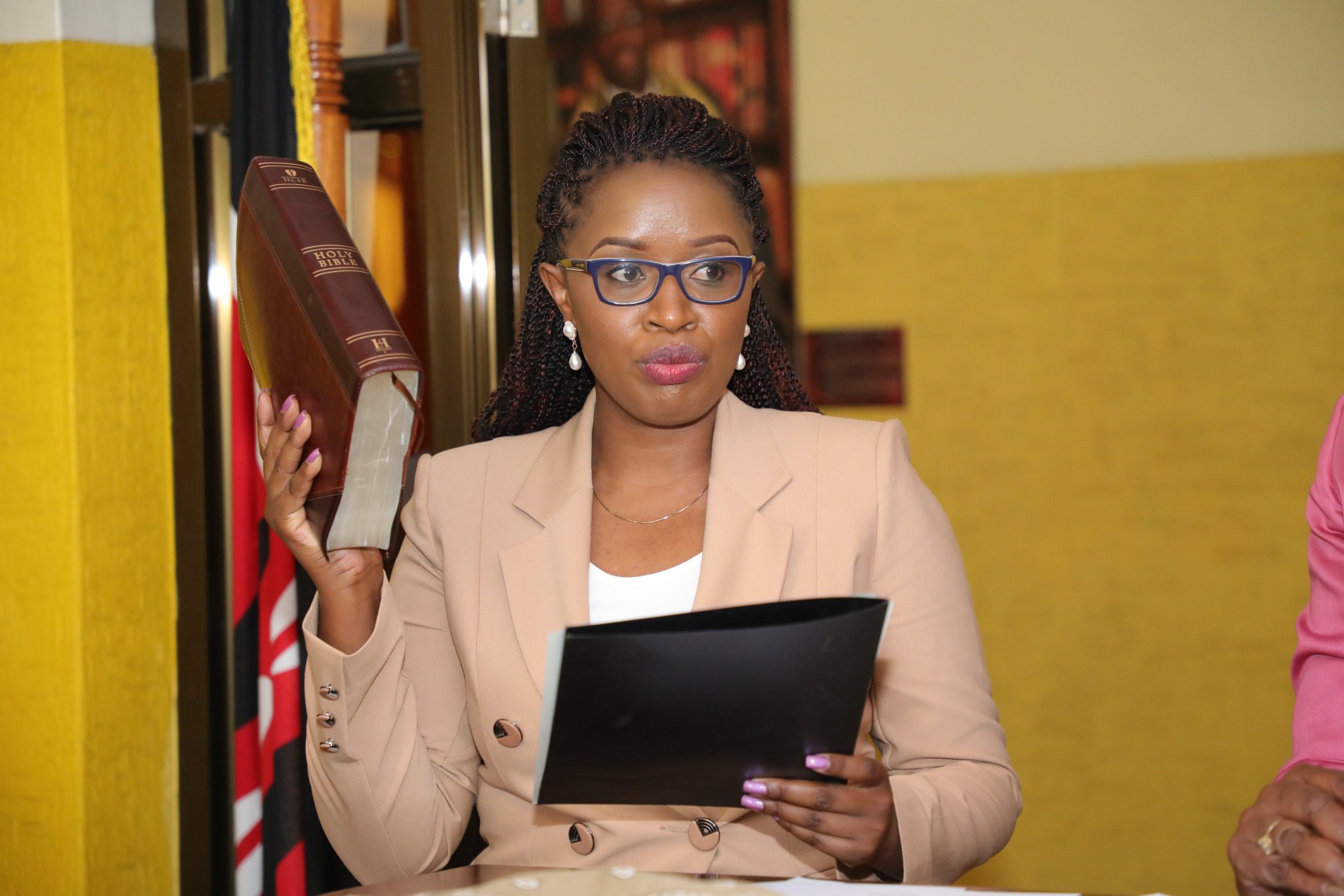 The appointment of Ex- Law Society of Kenya Chief Executive Officer (CEO) Mercy Wambua to the Commission on Administrative Justice (Ombudsman) has left many with questions with the swiftness that it occurred.

Wambua reportedly took the oath of office as CEO/secretary in a ceremony presided over by Chief Justice Martha Koome on Thursday afternoon, March 3, 2022.

The former CEO is succeeding Leonard Ngaluma who left after serving at that capacity for a decade.

A new Commission Secretary/ CEO has taken over at the Commission following the expiry of the term of the pioneer CEO Mr. Leonard Ngaluma who left the Commission after serving for ten years. pic.twitter.com/VEAqx9bV18

Critics are questioning how Ms Wambua was so lucky that she landed the government job within weeks of exiting the former job? Her colleagues in the profession are said to whisper that the controversial figure, who survived every effort to eject her at the helm of the lobby, may have been favoured to get the job.

Her enemies claim that the quick hiring was a reward for allegedly having held brief for certain powerful interests in the professional outfit.  Her critics are asking when her current job’s vacancy was advertised as required?

She previously served as the Law Society of Kenya (LSK) chief executive, after succeeding Apollo Mboya five years ago in 2016.

Ms. Wambua was kicked out of LSK following her differences with former LSK President Nelson Havi, and was, however, reinstated by the High Court in November last year.

Related Content:  Data Shows Less Than 3 Per Cent Of Kenyans Have More Than Sh100,000 In Their Bank Accounts

Nelson Havi was never in the good books with the state and openly criticized. He was arrested in July 21 over assault allegations against Ms Wambua.

LSK boss Nelson Havi being processed at the DCI Headquarters. He was arrested over assault allegations against suspended CEO Mercy Wambua pic.twitter.com/BqwJiqAF7r

Mr Havi as allied to the Deputy President William Ruto who has been in crossroads with the President in the recent past. Havi is vying for Westlands MP seat on UDA, a party affiliated with the DP.

Kenya Insights allows guest blogging, if you want to be published on Kenya’s most authoritative and accurate blog, have an expose, news TIPS, story angles, human interest stories, drop us an email on [email protected] or via Telegram
Related Topics:Chief Justice Martha KoomeCommission on Administrative Justice (Ombudsman)Law Society of Kenya(LSK)Mercy WambuaNelson Havi
Up Next