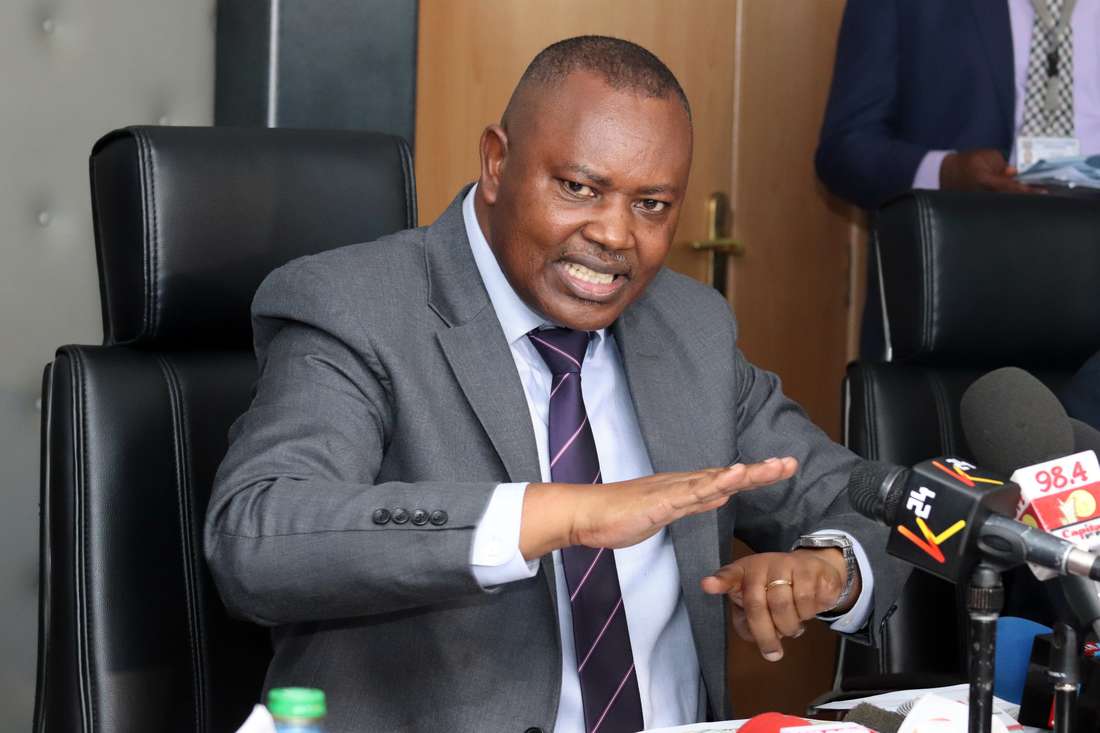 Fruits of the ultra-modern forensic police laboratory at the Directorate of Criminal Investigations (DCI) began to be felt this week when detectives deployed it to identify the mastermind of an attack on a female motorist by boda boda riders.Using high-tech devices, detectives were able to link the man to the incident using a mobile phone and video clip captured at the scene on Wangari Mathai road, Nairobi, within hours.Detectives from Nairobi Area and the elite Crime Research and Intelligence Bureau (CRIB) recovered sufficient evidence from digital devices which was corroborated by witnesses and the suspect’s wife, relatives and neighbours.In a series of tweets on Tuesday evening, the DCI said detectives were able to place the suspect, Zacharia Nyaora Obadia, at the scene of the incident as well as trace him to Mukuru Kaiyaba informal settlement with the help of cybercrime experts and the recently completed lab.

https://twitter.com/dci_kenya/status/1501258950565576713?s=21Mobile truckPhone signals traced his movement from the scene of crime to his residence. Further, his photos were captured at the scene and were positively identified by his relatives who also confirmed the clothes he was wearing on the fateful day.“Using digital forensics, the sleuths working with cybercrime experts at the DCI National Forensic Laboratory, placed the thug at the scene of the crime scientifically and went after him this afternoon deep in Mukuru Kaiyaba informal settlement,” the DCI said.Sources at the Kiambu Road headquarters confided that soon after the matter caused outrage across the country, as a result of a video that had gone viral, detectives using a mobile truck that is part of the facility, swung into action.The vehicle, according to the source, is equipped with all sorts of high-tech equipment that enables detectives to analyse almost every item found at a scene of crime. Samples are collected from a crime scene and analysed with results being received real time.In this particular incident, detectives are said to have first fed the video that had gone viral into their machines, which magnified and made it clearer for proper face identification.From the video, number plates of the motorcycles at the scene were identified and sent to the Registrar of Motor Vehicles to obtain details of their owners.The same data that had been sent to the Registrar of Motor Vehicles was simultaneously sent to the Registrar of Persons and Deaths for full details of the owners of the motorcycles.At the same time, the detectives, using the victim’s mobile phone number, were able to identify phone details of individuals who had been at the scene on the particular day and time.“All these things happened simultaneously making it easy for detectives to crack the case within hours,” said the source.With details and phone numbers of those at the scene, detectives tracked the geographical locations and first arrested three suspects, and thereafter managed to round up 16 more.“Unlike in previous cases when we would have been forced to dispatch a team of detectives to the ground to interview people and make conclusions, this one was all about technology,” one of the detectives confided.Senior officers versed with the lab’s operations said the mobile truck is equipped with machines that detect remnants of metallic items at a scene, trace and connect phones at a crime scene, DNA samples analysis and any other traceable material.Besides the machine being directly linked to the databases of Registrars of Motor Vehicles and Registrar of Persons and Deaths, it will also be linked to all police stations and court registries to determine one’s previous crime history.The lab had been scheduled to be officially launched by President Uhuru Kenyatta last week, but the function was postponed without explanation.Yesterday, DCI boss George Kinoti said the prime suspect who was aware of the ongoing crackdown on errant boda boda riders managed to escape a police dragnet by escaping through a sewer duct in the densely-populated settlement.“The suspect has been positively identified by his wife and other relatives, sexually assaulting the victim in the widely-shared videotape,” DCI noted, adding that it was only a matter of time before he is arrested.

Speaking from France where he is attending to Interpol matters, Kinoti was full of praise for the new technology, saying the forensic capability will make it easier for detectives to investigate murder, robberies and other serious crimes.Special containers“Traditionally, we have relied on the Government Chemist, who receives all the samples and exhibits collected from scenes of crime and takes ages to release results. But with the new lab, results would be released real time, which is going to be a game changer,” Kinoti said.Part of the probe involved photographic, video and cybercrime analysis. The DCI has now directed the suspect to surrender to the nearest police station immediately, with reports indicating he had been reached through his mobile phone and did not deny the allegations.“Equally, his accomplices who were within the vicinity of the barbaric attack whether captured on the video clip or not, have all been identified forensically,” the DCI said.Commenting on the mobile lab, other sources at DCI said the truck which has room for different experts, would now be a common feature at scenes of crime.The vehicle is fitted with special containers for keeping exhibits and samples, a special gadget for detecting metallic objects, electronic gadgets and even blood spatter.SPECIAL FEATURES• Other than the Registrar of Persons, the system is also linked to the database of the National Transport and Safety Authority and the Government Chemist, among others.• The lab is expected to hasten investigations into serious crimes including terrorism, murder, robbery with violence, cybercrime and rape, among others.

Related Content:  Representatives Of Chinese Firm Nabbed With Sh27M Bribe They Offered Anti-Graft Agency To Sway Probe
Kenya Insights allows guest blogging, if you want to be published on Kenya’s most authoritative and accurate blog, have an expose, news TIPS, story angles, human interest stories, drop us an email on [email protected] or via Telegram
Related Topics:
Up Next