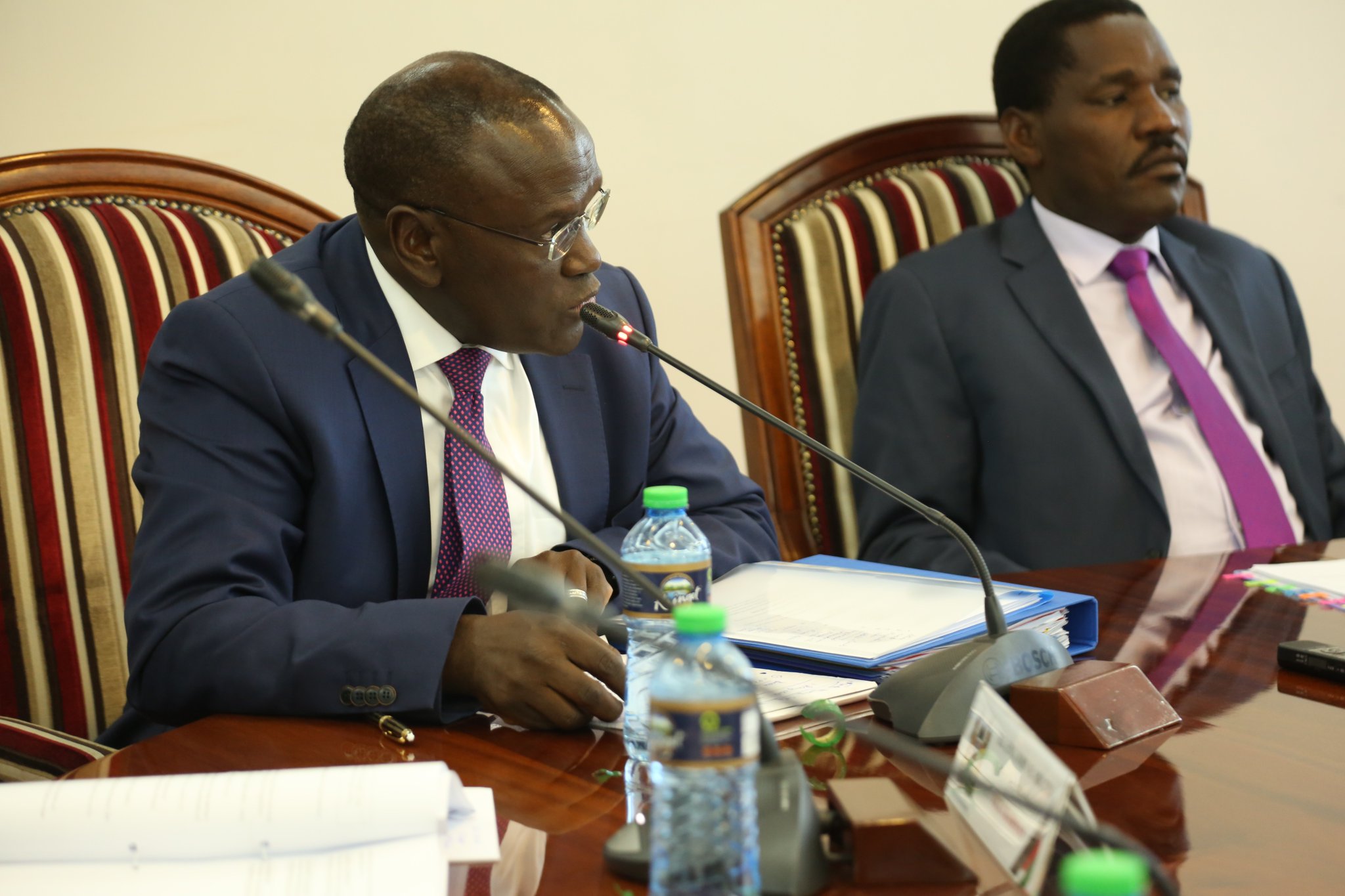 Meeting between Ministry of Health and Council of Governors to charter the way forward on the healthcare stalemate has today ended in unsurprising point with the unanimous decision to dismiss off duty striking doctors. Kenya Insights has learned that Union members were initially invited to the talks but were locked out the last minute from joining the negotiations with instructions from irate PS Muraguri who has been the center of negotiations stalemate from the onset.

The strike that’s is on its 36th-day followings demands by doctors for the implementation of 2013 CBA, a pact signed by the government and meant to restructure and revamp the limping public healthcare. With doctors out clearer on their agenda, MoH switched to a choreographed blackmailing and witch hunting on the Union officials as their main negotiating language. Doctors have repelled all the desperate attempts to coerce them back to work and stuck to the initial agenda of asking the government to implement the signed agreement to the letter.

Several coercion tactics have been reigned in the Doctors by government officials including challenging CBA a move that was found unconstitutional with courts upholding the document; we’ve been treated to arrest threats on union leaders and even physical harm on officials from Governors and MoH goons.

The reluctance of the Government to end the month-long strike has been linked to a wider conspiracy to killing the public healthcare as investors pump more billions into Kenya’s healthcare. It’s not surprising that the CS Mailu, himself a Private healthcare proponent previously Nairobi Hospital CEO, is making cosmetic moves in ending the strike which is beneficial to the private sector.

Implementation of CBA is also secretly being opposed by KEPSA, Federation of Kenya Employers As this would impact their businesses as well. The public sector would become more lucrative forcing the Private Hospitals to increase workers waged or risk losing workforce to a government. A grand conspiracy to have public healthcare collapse is in full play that’s why there’s open reluctance from the authorities to end the standoff.

Kenya Insights has established the plot to have all doctors sacked by Wednesday and positions advertised. The government is looking to wipe out KMPDU from the negotiations and will resort to dealing with doctors individually. From inside information, The government will quickly constitute the faint team of doctors and announce reopening of Kenyatta National Hospital and Eldoret referral in a desperate PR drive to dupe the public that the services are back to normal while the truth is far from reality.

The Government is considering hiring medical interns with minimal field experience to handle serious medical cases as well as hiring foreign doctors. All these are desperate efforts to intimidate doctors into submission, but the Union has stood it’s ground saying they’re taking nothing short of full CBA implementation. It’s ironic that the government pretend to be under total control of the situation while we all know the process of firing and hiring is more costly than implementing CBA. We learn the fear is based on ego constraints as a government doesn’t want to walk out as subdued but at the expense of suffering citizens who’re locked out from medical care. The current ratio of doctors to population is disturbing with existing doctors overworked and overwhelmed it’s, therefore, laughable that the government’s way of solving the problem is by even further reducing the Doctors numbers and escalating the crisis ratio. CBA implementation would see a balanced ratio of doctors to the population for a standard health care.

#LipaKamaTender GOK has it wrong. Political standoffs are solved by propaganda, healthcare crisis cannot be solved by spreading propaganda.

The doctors union recently met the President in Mombasa for negotiations and despite publications in contrary, sources intimate to Kenya Insights that
Uhuru acknowledged CBA as implementable. During the talks, the President praised the Doctors on their patriotism by opting to stay within and serving Kenyans despite glaring grievances. The President during the meeting, delegated MoH, SRC, PSC to work out implementation matrix. But what followed was propaganda churning that the doctors declined President’s offer. There’s no offer to be floated while the government agreed to the document.

Negotiations have been bungled due to infighting, private sector interest represented by CS Mailu, who is the immediate former Nairobi Hospital CEO, self-preservation- case in hand is PS Muraguri whose psychotic tendencies is in public domain dates back to DAILY Nation journalist who exposed the 5B Afya House scandal, he extended his mafia ways to the Doctors negotiations table. There has been a steady narrative against doctors throughout that they’re rigid in talks. Muraguri has been floated as the biggest stumbling block in the negotiations.
Muraguri and corruption, impunity has become unanimous, here’s a Mathematics on the Managed Equipment Service for a supply of medical equipment by the Government of Kenya initiated by Dr. Nicholas Muraguri when he was Director of Medical Services.
Total cost 38 billion.

4. 50M ( inflated for logistics like transport, renovations, etc.)
N.B.: No new construction was done. All the rooms for the above were renovated. There was no public procurement for the renovation works.

20.8 billion (and probably more) of taxpayers money unaccounted for.

Muraguri is not only disqualified to lead negotiations with doctors but also holding any public office.

#CBAmeans having specialists in your county hospital instead of travelling to Nairobi to wait 8 hrs to see one of 5 specialists countrywide.

#CBAmeans research on disease trends in Kenya. Kenyans treated with their own data, not international research findings.

Kenya Insights has learned of agents from Australia, Botswana and Rwanda praying for the government to fire the doctors so they can poach them away. We’re staring at the biggest brain drain and doctors shortage in the country should the sacking threats be implemented. With all these intrigues the Private Hospital owners are smiling all the way to the bank. The doctors have less to lose, but the public has everything to lose.

A Revolution At Kenya Power With The Appointment Of Ruto’s Brother-in-law Ken Tarus As M.D. And Politics Behind Power Outages