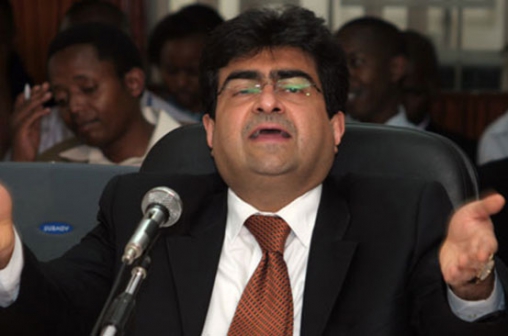 A company belonging to Goldenberg mastermind Kamlesh Pattni has persuaded the Supreme Court to determine its dispute with the Central Bank of Kenya (CBK) over a multi-million shilling claim linked to sale of Laico Regency Hotel.

Five Supreme Court judges led by Deputy Chief Justice Philomena Mwilu agreed with Westmont Holdings that its suit is of public importance after the company was instructed to deposit Sh20 million before pursuing the claim against CBK.

Westmont Holdings acted on behalf of a Malaysia-based Lynwood Development Limited to pay Sh185.5 million to the bank’s regulator in April 1997 which was a 10% deposit for the purchase of Laico Regency (formerly Grand Regency Hotel) but the interest accrued.

The hotel was later sold to Libya Arab Investment Company (Laico) forcing Westmont to sue seeking refund of the Sh185.5 million and the interest.

Westmont is accusing the CBK of defrauding it of Sh185 million over the failed sale of Grand Regency hotel which is now Laico Regency Hotel but CBK argues that Mr Pattni paid the money to offset a loan he owed the regulator.

The new twist and vigorous challenge by the regulator has now set the stage for another heated legal battle which will once again cost the taxpayers heavily.

CBK will be forced to pay Sh2.8 billion if the Supreme Court rules in favour of the Pattni owned firm.

But the firm had lost a similar bid in July at the Court of Appeal where judges rejected their application challenging the requirement to deposit the amount within 45 days.

Westmont, however, got a reprieve after the five judges of the Supreme Court agreed to hear the case stating the court needs to determine whether an order for security for costs is unreasonable as it impedes a litigant’s access to justice, by imposing a condition before being heard which is against the law.

CBK argues that Westmont closed business in May 2002 and therefore lacked the capacity to start or conduct an appeal, either directly or indirectly through a lawyer or firm of advocates.

The banks regulator is represented by senior counsel Philp Murgor who argued that there was no possibility of his client ever recovering costs awarded in the High Court and at the Court of Appeal if Pattni’s firm lost the appeal.

He also added that Jasmine See, who filed an affidavit in support of Westmont, is a foreigner who does not reside in Kenya and holds multiple passports including that of US and Malaysia.

But Westmont had contested the condition to deposit the amount as a ploy prohibit them from accessing justice and a contravention of Article 48 of the Constitution that requires the access to justice to be reasonable.

Lynwood also told the court that it was aware of the CBK’s intention to sell the hotel from Mr Pattni and paid the 10% of the hotel’s purchase price.

Pattni who is a major shareholder of export firm Goldenberg International, was at the architecture of a scam that involved re-exporting gold and diamonds.

The scam cost Kenya more than $600m (Sh66.4 billion) between 1990 and 1993 with the former President Daniel arap Moi and his allies receiving huge kickbacks.

Lynwood has maintained that Westmont was its agent and it remitted US $ 3, 700,000.00 to the CBK for the sale of the Grand Regency Hotel.

Kenya Insights allows guest blogging, if you want to be published on Kenya’s most authoritative and accurate blog, have an expose, news TIPS, story angles, human interest stories, drop us an email on tips.kenyainsights@gmail.com or via Telegram
Related Topics:Goldenberg scandalGrand Regency HotelKamlesh Pattni
Up Next