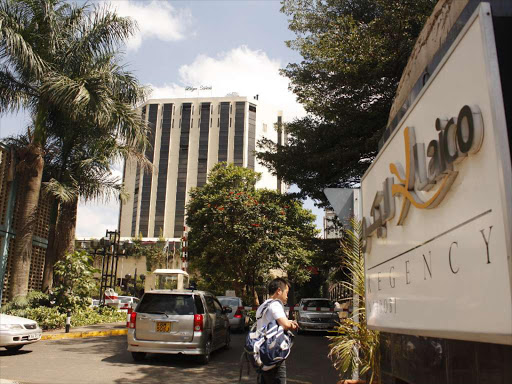 Laico Regency is flat broke and has started terminating contracts with workers who have been on unpaid leave since March 6, 2020 — just one week before Kenya confirmed her first case of coronavirus.

The establishment initially sent workers on 30 days’ unpaid leave, which was to end in April. But the workers were told to return at the end of June.

On September 6, 2020, caretaker manager Jamal Ahmed sent a memo to all workers stating that Laico Regency was being shut down indefinitely.

Through Laico, Libya acquired what was the Grand Regency Hotel from the Kenya government after paying Sh2.9 billion.

Kenya’s government had taken ownership of the hotel from Goldenberg scandal architect Kamlesh Pattni, who surrendered some of his prime properties as part of a plea bargain in graft cases that the controversial businessman was facing in court.

Mr Pattni later sued Kenya, claiming that he was tricked into believing that surrendering the properties would earn him amnesty from criminal trial.

The sale to Laico was done by the Finance ministry, which was at the time under Mr Kimunya, a trusted lieutenant of President Mwai Kibaki.

There was no procurement, and information on the deal was a preserve of very few high ranking government officials.

On July 8, 2008, Mr Kimunya succumbed to public pressure and left the Finance ministry to pave way for investigations, just days after his famous “I would rather die than resign” statement.

But 13 years later, the shoe is on the other foot.

Following the hotel’s indefinite closure, the Kenya Union of Domestic, Hotels, Education Institutions, Hospitals and Allied Workers (Kudheiha) tried to negotiate some sort of pay for Laico Regency workers, many of whom are members of the trade union.

On April 7, 2021, Kudheiha and Laico Regency finally reached a deal— all employees would be paid an exit package upon handing in their resignation letters.

The hotel was getting rid of all its workforce, an indication that it was speeding towards the grave.

A group of 11 workers were unhappy with the separation agreement signed between Kudheiha and Laico Regency, and they sued the hotel seeking a hefty exit package.

The workers asked for orders compelling Laico Regency to deposit Sh51 million in court as security for their terminal benefits, as they insisted that the separation agreement would see them lose a lot of money in pre-set salary increments.

In seeking the Sh51 million deposit for security, the workers claimed that Laico Regency is unlikely to come back to life owing to the financial troubles arising from the United Nations sanctions on Libya, and the Covid-19 pandemic.

The UN slapped Libya with sanctions in 2011 following a civil war in which the Tripoli government deployed security authorities to attack civilians, leading to several deaths.

The UN sanctions have seen several countries give Libya a cold shoulder, opting not to do business or give loans and aid to the North African country.

Governments and big-spending corporates have also avoided businesses associated with the Libya, denying its companies much needed revenue.

The Nairobi hotel is owned by the Libyan African Investment Company, which is in turn owned by the Tripoli government. Several other establishments under the Laico brand across Africa have suffered a similar fate, as there is little capital to be injected for operations.

While responding to the suit filed by 11 workers, Laico Regency’s caretaker manager admitted that the Covid-19 pandemic only piled more financial misery on the hotel, which was already struggling from the effects of UN sanctions imposed on several Libyan institutions in 2011.

He told Justice Mathews Nduma Nderi that the closure is beyond Laico’s control, but that the hotel will try its best to pay all workers fairly.

Under the separation agreement, employees with 10 years or more working at Laico will get 4.75 months’ pay as a golden handshake. Those with nine years under their belt will get 3 months’ salary.

Employees that had worked for two years or less will get one month’s salary.

Justice Nderi dismissed the request to have Laico Regency deposit Sh51 million in court, as he held there is no evidence that the hotel has started exiting Kenya before settling debts.

The judge added that the hotel showed goodwill by entering into negotiations with Kudheiha, which is authorised to represent Laico Regency workers.

Related Content:  Kenyans On Why They Don’t Bother Engaging Safaricom CEO Ndegwa Like They Used To With Collymore

“There is no evidence before court that the respondent (Laico Regency) intends to dispose its property and/or is in the process of removing its fixed assets from the jurisdiction of Kenya. The applicant has failed to discharge this onus. Indeed, the respondent is paying all the agreed terminal benefits upon separation with employees. The prayer for attachment before judgment therefore fails,” Justice Nderi ruled.

Had the hotel’s fortunes not hit rock bottom, Laico Regency workers would have received an 8.5 per cent pay rise last year, and would be in the process of negotiating future pay.

In 2019, the Kenyan government froze Sh200 million that Laico Regency received in its KCB Bank account, from the Libyan Embassy in Rwanda pending investigations into money laundering.

The money was intended for an urgent bailout as it was to pay salaries, suppliers, taxes and other debts.

Libya had just sold its Laico Regency Kigali establishment to the Rwanda government, and the funds were intended to bail out the Nairobi operations.-DN.

Kenya Insights allows guest blogging, if you want to be published on Kenya’s most authoritative and accurate blog, have an expose, news TIPS, story angles, human interest stories, drop us an email on [email protected] or via Telegram
Related Topics:Laico Regency
Up Next