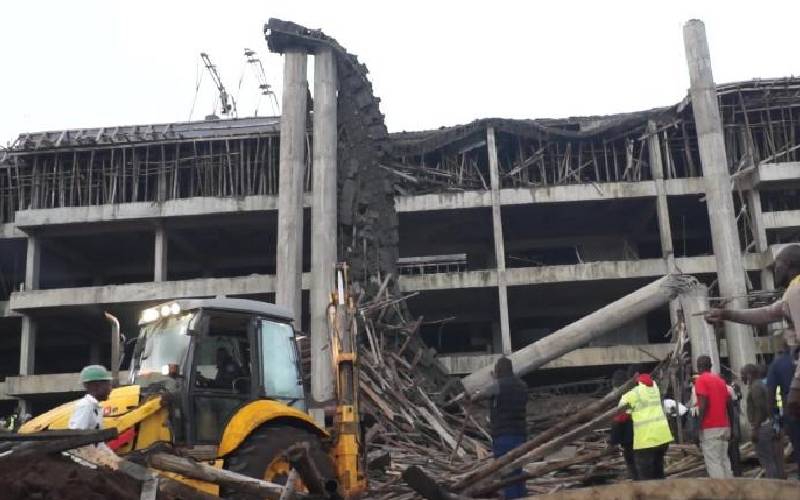 The leadership of the Nyamira County Assembly leadership is calling for investigations into the cause of the collapse of a building that is still under construction at the county headquarters.

Nyamira Governor Amos Nyaribo visited the scene of crime where he called for calm, while the Assembly speaker Moffat Teya described the incident as an unfortunate occurrence in a County that is still constrained for office space.

The shoddy project was the proposed County Assembly headquarters which went down after construction had progressed to the fourth floor. 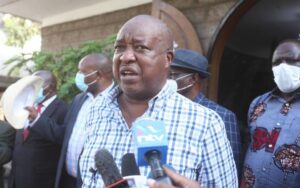 Audit General’s Report showed that the Nyamira County assembly had awarded a contract to M/S Jetta Builders Limited to construct a six-floor office block at an inflated sum of Sh367 million.

Physical verification on the progress of the project carried out in October 2019 showed that upto Sh44 million had been paid but the project was still far behind the schedule.

Speaker Teya maintained that the main constructor must be investigated and amicable solution found after millions of taxpayers’ money had gone down the trenches with the collapsed building.

“We task the Department of Public Works, particularly the project management and the entire team of engineers together with the contractor to expeditiously investigate and give a comprehensive report on this matter,” he said.

Governor Nyaribo’s tenure at the county helm has been marred with controversies, accidents and waned relationship with the MCAs.

The collapse of the Assembly offices also come at a time when the High Court has stopped the Nyamira County Assembly from vetting Deputy Governor nominee James Gesami for the post.

This is the second time that vetting has failed even after Governor Nyaribo mended his bad relationship with the MCAs, majorly from the ODM party.

Most of the ODM MCAs have been against Gesami’s nomination for the post but Nyaribo made a deal with them to allow him nominate Gesami.

Kenya Insights allows guest blogging, if you want to be published on Kenya’s most authoritative and accurate blog, have an expose, news TIPS, story angles, human interest stories, drop us an email on [email protected] or via Telegram
Related Topics:collapse assembly buildingNyamira countyNyamira Governor Amos Nyaribo
Up Next