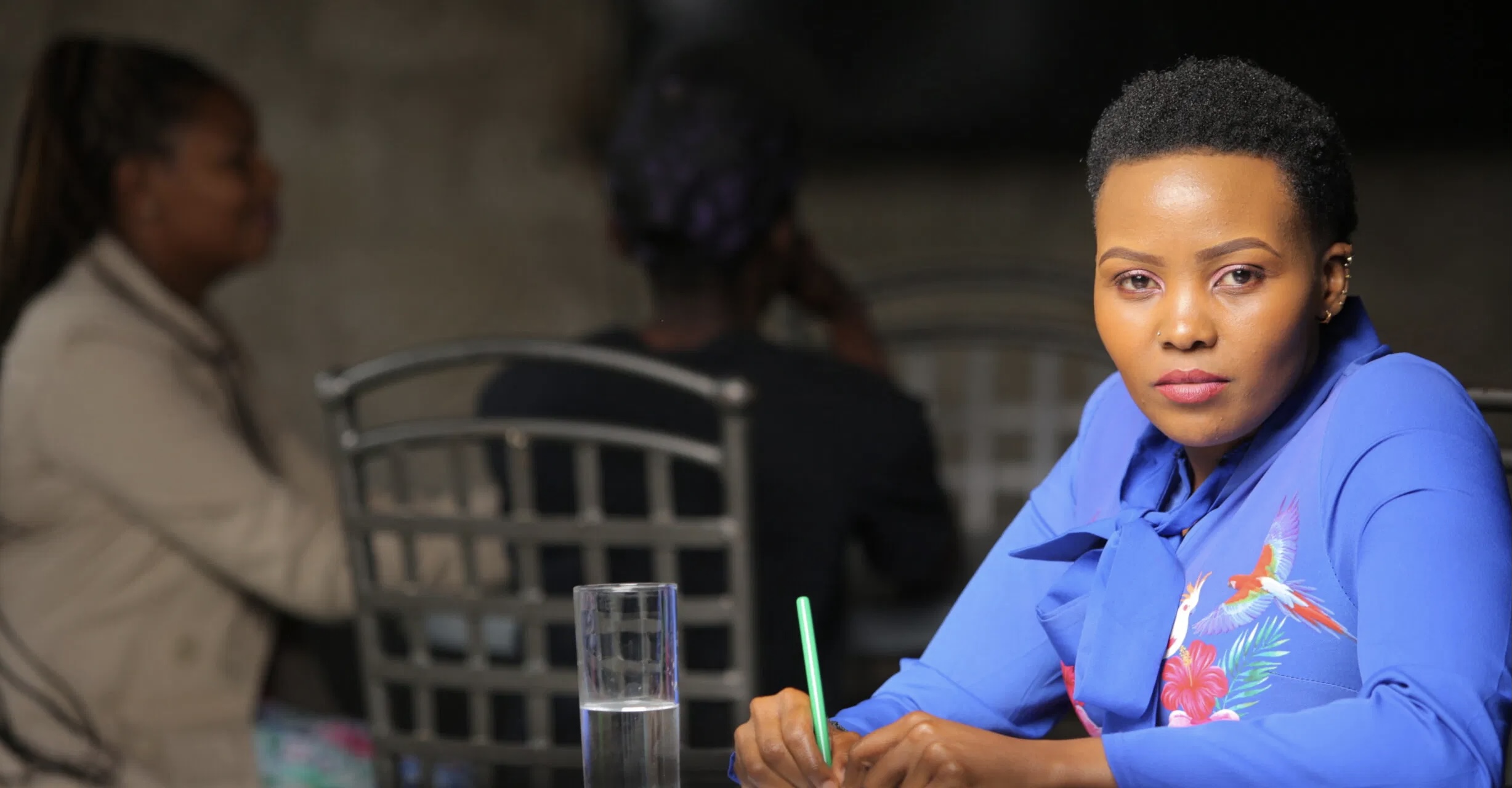 Over the course of 18 months, Naipanoi Lepapa, a freelance investigative journalist from Nairobi, who attended a Finance Uncovered training course in Abuja, Nigeria, in 2019, delved into the murky world of surrogacy in Kenya.

Working with several vulnerable women who had acted as surrogate mothers for mainly international clients, Naipanoi uncovered worrying allegations about how the industry operated in her home country.

These ranged from coercion, exploitation and intimidation of surrogates, apparent human trafficking of birth mothers and children, forced abortions and identity forgery and fraud.

One surrogate mother, who said she was forced to have a late-term abortion when the contracting parents changed their minds at the last minute, told how she still has nightmares about her dead baby lying on her bed.

Naipanoi’s long investigation has shone a light on a shadowy and highly controversial sector in which overseas agencies act as middlemen, recruiting poor and vulnerable women in Kenya and then marketing their wombs to international clients, sometimes specifically to members of the gay and lesbian communities in the West.

Surrogacy can be an expensive process. The costs for a surrogacy commissioned and carried out entirely in the US can be around $120,000. But in Kenya, the costs can be a quarter of that (with the surrogate mother receiving up to $8,000).

But unlike other countries where surrogacy laws are clear and dutifully followed, the industry in Kenya operates in a legal and regulatory void. Kenyan legislators have for years failed to pass a law that would protect surrogate babies as well as the mothers commissioned to carry them.

Ironically, some surrogacy agencies advertise Kenya as an open and tolerant country, whereas the reality is that homosexuality is illegal.

Naipanoi started digging more into these agencies. With the help of Finance Uncovered, she established the individuals who owned them. For example, one agency was ultimately owned in the Marshall Islands, anonymously.

But it was an agency called African Fertility Agency Ltd, which cropped up more than once in her research. An offshoot of international surrogacy group, Become Parents, it is co-owned by Gaurav Wankhede, a former KPMG consultant and co-founder of an Indian wrestling franchise.

In Kenya, the agency is run by Josephat Kioko Jahjah, a former Nairobi taxi driver and tour guide. As part of her investigation, Naipanoi even posed undercover as a potential client to Jahjah.

Months later, Jahjah discovered that Naipanoi was a journalist. She wrote to him and his lawyer summarising her findings and formally requested a response.

They agreed to meet at a Nairobi restaurant. But when Naipanoi turned up with journalists from Africa Uncensored, an independent investigative documentary filmmaker, she realised that Jahjah and his lawyer were trying to trap her.

He accused her of being a fake journalist and had persuaded several police officers from the Directorate of Criminal Investigations (DCI) to lay in wait for her arrival.

Finance Uncovered is proud to publish her first person account of that encounter below.

Related Content:  Fraud: Mandera County Government Official Can’t Account For Sh51M He Deposited In His Accounts For 6 Years And No Withdrawals

My encounter with a surrogacy agent

At the beginning of this investigation, in mid-2019, I posed as a commissioning parent as a way to crack open the secretive world of commercial surrogacy in Kenya.

It was Gaurav Wankhede who first fell for my story. Posing as Angela, a married woman, I told him my “husband” and I desperately wanted a child.

After some toing and froing over email, he put me in touch with his “local manager”, Josephat Kioko Jahjah, who would arrange for me to visit an IVF clinic for tests and would also pair us with a surrogate.

I pumped Jahjah for as much information as I could, which was how he came to tell me about ways to bypass Kenya’s birth registration law (see the full story in The Elephant, here).

As I was reluctant to expose myself to any medical tests, as commissioning parent “Angela” I slowly melted away.

But Jahjah came to know I was really a journalist in 2020.  Some surrogates to whom I had identified myself as a reporter had forwarded my messages to him. He later sent me sms’s warning me to stop looking into his surrogacy business, as I was “not Police”.

At one point, he added my number to a surrogate WhatsApp group and then recorded a voice note warning surrogates to stop sharing information with me.

These bullying tactics made some of my surrogate contacts go cold; a few who had previously agreed to give interviews later changed their minds.

I could sympathise with them: some surrogates had already described the control Jahjah and other surrogate recruiters had wielded over them. Some told me how Jahjah had boasted of his financial muscle and good connections with the police.

Much later, when my research was done, I summarised all the allegations I had gathered against Jahjah and Wankhede and sent them via email to their advocate in mid-February 2021, asking for their comment in advance of publication.

Given that I had started this investigation by going undercover, and that I am a freelance journalist, I agreed with my editor and co-publishers, The Elephant and Africa Uncensored, to send the questions on a formal letterhead as a way of underlining my credentials.

Jahjah responded via the advocate the following day, dismissing the allegations as “false and untrue”, but offering to meet “any day and time … to support my claim”.

I was surprised at this offer, and immediately wary of it.

A few days after I responded to Jahjah, requesting a formal on-camera interview with him on a specific date, a surrogate texted me out of the blue to inquire if it was true Jahjah hadreported me to the police for investigating and destroying his surrogacy business.

Although I was keen to interview Jahjah in person, I now decided to play things very safe. I would not confirm the exact venue of the interview until the last minute, and I went with two colleagues from Africa Uncensored.

On the morning of the interview I called his number, and an excited-sounding Jahjah picked up. He thanked me for confirming the venue, and said he was looking forward to the interview.

We had chosen the Distrikt Lounge, a restaurant in Ongata Rongai, on the outskirts of Nairobi, that would be quiet at that time of day. My colleagues had pre-booked a private room at the venue adjoining a pleasant lounge area where the manager had said we were welcome to film an interview.

He looked confident, arrogant even. Carrying two phones and a charger in one hand, he started distributing his business cards with the other. We each reciprocated with our press cards in turn, but it was mine that Jahjah was most interested in. He asked me to take off my mask, and his eyes moved back and forth between me and my card for some time.

Jahjah declined to sit where our cameraman, Sam Munia, requested and instead positioned himself by the doorway saying he was waiting for his advocate, whom he said was on the way.

It was at this point that Munia noticed three men sitting around a table in the outdoor lounge area taking photos of us on their phones. Pretending he needed a glass of water, Munia stepped outside and spotted another couple of men around the corner.

They called him over and identified themselves as officers from the Directorate of Criminal Investigations (DCI). One of them said they “wanted Naipanoi”.

Munia played for time, giving them his ID and press card details. Our producer, Peris Gachahi then stepped out to do the same.

Left alone with Jahjah, he took out his phone and started photographing me. “Why are you taking my photos?” I asked, and requested that he stop. “I just have to,” he replied, and carried on.

The officers were now losing their patience. Gachahi summoned me to their table, where they inspected my official Kenya Media Council press card and took down my details. They then claimed I was a fake journalist who had malicious intentions towards Jahjah. According to them, a sign of this was because my original letter inviting Jahjah to comment on allegations was formatted incorrectly.

Relief washed over me as my experienced colleagues handled the situation with calm confidence. Yes, they had permission to film there, and the restaurant manager was summoned to confirm it.

The policemen then questioned them about their boss. As soon as my colleagues mentioned John-Allan Namu, co-founder of Africa Uncensored and a respected investigative journalist whose track record has made him a household name in Kenya, the officers backed off.

They said they would wait for the advocate, who arrived a short while later. The officers welcomed her familiarly, one offering her a seat and saying, “Karibu wakili” (‘Welcome, attorney’). She fist-bumped them and sat down, while her eyes seemed to flash concentrated anger and hatred in my direction.

The officer in charge informed her I was a genuine journalist, and showed her my press card. She complained we were forcing this interview on her and Jahjah, but my colleagues and I disputed this. Getting up from their seats, the officers politely informed all of us that “our work is done, we don’t want to interfere,” and took their leave.

Jahjah and his advocate both looked crestfallen, defeated. Things had clearly not gone as they had planned. They conferred with each other briefly, then the advocate informed us that her clients — Jahjah and the absent Wankhede — would not be commenting. “If you want answers, get a court order,” she said. Then they left.

The three of us later drove to the nearby police station, where the DCI officers had told us they were based, to report Jahjah for harassing me by taking photos without my consent.

The officers told us that Jahjah had been there the previous day, to report his suspicions that I was a fake journalist. The officers proposed summoning him to the police station the following week to apologise to us directly. We declined.

Reflecting back on this crazy encounter with Jahjah, his advocate and the cops, I wondered how their ambush might have played out had I arrived at the venue alone.

Then my thoughts turned to the surrogates whose lives and livelihoods are tied to the African Fertility Agency. Is this how they are coerced and intimidated? And what apology will they ever be offered?

Naipanoi’s full investigation and background on the parliamentary moves to change the laws in Kenya is published in two parts by The Elephanthere and here.

All the allegations in this story were put to African Fertility Agency in writing, as well as to both co-owners individually. Wankhede didn’t respond. Jahjah denied the allegations saying they were “false and untrue”.

New Life, the other international surrogacy agency cited by surrogates, and ultimately owned in the Marshall Islands, declined to answer questions about its offshore structure, but said it had closed its operations in Kenya in 2019. “We saw that the legal part of the procedures was not regulated quite well,” they explained.

“We always respect our surrogate mothers’ interests and always treat them in line with protecting all kinds of human rights,” New Life said.