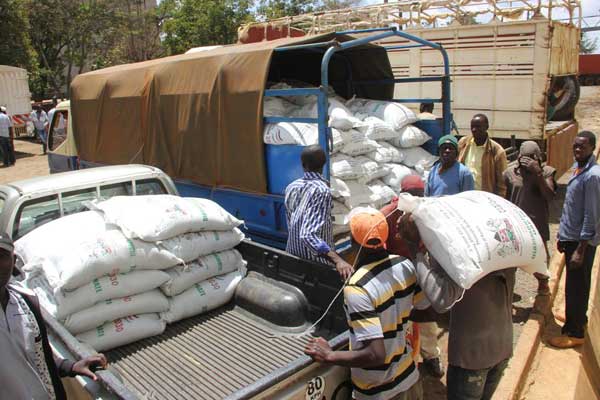 The outgoing Auditor General Edward Ouko accused the Ministry of Agriculture and NCPB of failing to come up with a an agreement on how to handle the revenue raised from the sale of the imported fertilizer as well as the blended fertilizers. “No evidence was provided to show that the State department carried out any reconciliations for sales made and quantity delivered by or outstanding from each of the suppliers as at June 30,2018,” the audit report states.

The report also revealed that distribution of 1,014,000 bags of CAN which was suspended after the fertilizer which was delivered by a company known as M/s Export Trading Company Limited was found to be of very poor quality  was later cleared and eventually distributed to farmers under unclear circumstances.

Recently, investigations exposed how corrupt Ministry of Agriculture staff were involved in hoarding subsidized fertilizers. Cartels compromised vetting committees in charge of identifying genuine farmers to enable them to buy the input at a subsidized price of Sh1,500 from the NCPB stores, this led to a shortage of the fertiliser in NCPB stores. The cartels working with brokers to repackage the fertiliser, then sold it to desperate farmers at between Sh2,000 and Sh3,000 per 50kg bag at retail markets.

The produce board is also accused of on to two million bags of maize in its silos across the country for six months now despite warnings from the Ministry of Agriculture that it was not suitable as it would lead to avoid deterioration and loss of value. It is also on the spot over unaccounted millions bags of maize.