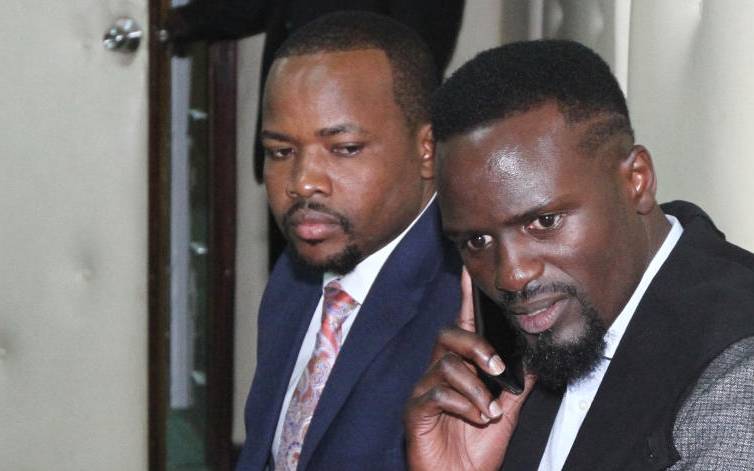 Deputy President William Ruto candidate of Choice for the Kibra by-elections is in trouble yet again after a voter went to court with allegations that pressure from the DP and top Independent Electoral and Boundaries Commission officials led to the clearance of football star McDonald Mariga to vie for the Kibra parliamentary seat.

According to media sources, Kibra Returning Officer Beatrice Muli was right in barring the Jubilee candidate from running because he was ‘not a registered voter’.

However, Mr Mariga’s woes might not be over, since a voter in Kibra, Mr. Leina Konchellah, who petitioned the IEBC to state its position on the issue of Mr. Mariga’s age, might move to the High Court.

“It is curious to note that the complainant presented a national identity card indicating his date of birth as April 1987, and further presented his Kenya Certificate of Secondary Education certificate indicating he sat his Form Four examinations in November/December 2002,” says Mr Konchellah.

The Petitioner stated that the documents Mariga presented to the commission could be having integrity issues, and thus go against Chapter Six of the Constitution. In its 20-page ruling delivered at its headquarters, the tribunal said that Mariga is duly registered as a voter and that the decision by the Kibra returning officer had been set aside.

Mr Chebukati said although Ms Muli told the tribunal that she could not find Mr Mariga’s name in the Kiems Kit at the point of verification, she could not confirm whether the register had been updated to reflect subsequent voter registration.

“We are of the view that the absence of Mariga’s name on the register that was used by the respondent could not have been taken as conclusive proof of lack of registration, more so given that Mariga had indicated that he was registered in a different constituency. We are aware of the technological challenges which might result in a delay in real-time update of the Kiems kit, especially where the registration is conducted in different areas using BVR machines,” Mr. Chebukati said.

National Assembly Majority Leader Aden Duale and his Senate counterpart Kipchumba Murkomen were also present at the function and praised IEBC for doing justice to their candidate.

Election Act 5 (1) b, of the new constitution, stipulates that voter registration will be carried out at all times, except in the case of a by-election between the date of the declaration of the vacancy of the seat concerned and the date of the by-election. However, the tribunal pointed out that this provision is exclusive to the electoral area, in this case Kibra Constituency, and not Starehe, where Mr Mariga registered.

Mariga is said to have registered in Starehe 12 days after the Kibra seat was declared vacant, a factor the petitioner said was another ground for barring him from contesting. Mariga’s legal team submitted to the tribunal that the definition of a register under the Election Act is not limited to Kiems and that the decision by the Kibra returning officer to disqualify Mariga was ill-conceived, grossly illegal and tantamount to taking away his constitutional right.

Related Content:  New X-Tigi Technology Limited Director Gao Fei Charged With Sh194M Tax Evasion
Kenya Insights allows guest blogging, if you want to be published on Kenya’s most authoritative and accurate blog, have an expose, news, story angles, human interest stories, drop us an email on tips.kenyainsights@gmail.com or via Telegram
Related Topics:JubileeMariga
Up Next