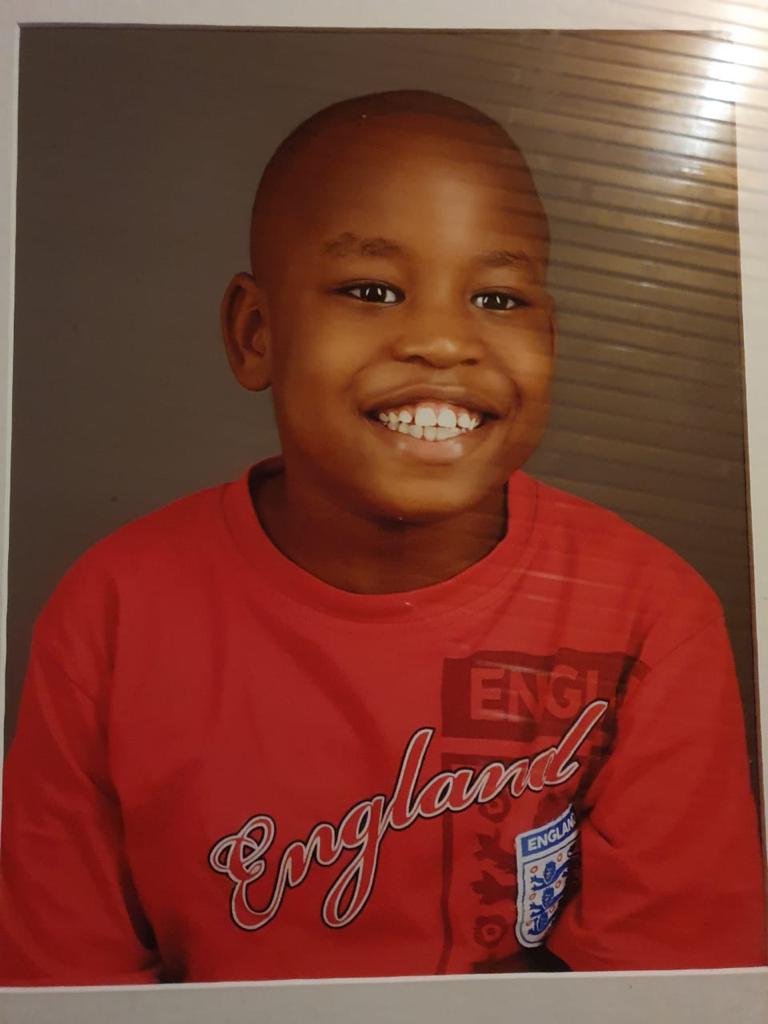 Medical negligence is becoming an issue in Kenya and more cases coming from the private hospitals, because the process of justice is often long, expensive and full of threats, most tend to bury their loved ones and their suspicions on hospitals.

However, this is not the case of Isaac Opondo, a father to the late Ryan Hawi, a son he strongly believes to have been killed by the negligence the Nairobi Hospital.

“They say, “Lightning never strikes the same place twice”, 11 years ago my new-born on suffered birth injuries that would change his life forever at the Nairobi Hospital due to negligence, 11 year later his follower would lose his life at the same hospital due to gross negligence by hospital and its doctors, how could a place that should be safe for
children turn so deadly.” Isaac opens up on his situation.

My son Ryan, a vibrant young boy, got home from school like any
other day, did his homework and played with other kids and retreated to the house as usual. At
around 9pm he complained of backache and was given paracetamol. He continued to complain
of pain after 30 minutes pic.twitter.com/8erQQ9HTXs

“On the 23′ of February 2021, my son Ryan, a vibrant young boy, got home from school like any other day, did his homework and played with other kids and retreated to the house as usual. At around 9pm he complained of backache and was given paracetamol. He continued to complain of pain after 30 minutes and I consulted his pediatrician who advised that I take him to the Nairobi Hospital casualty and request the attending doctor to call her.”

“Little did they know that would be the last time he would be home alive. At casualty, he was given several medications including Morphine, a powerful opioid. We initially declined the
admission request by the doctor because he seemed ok. Ryan was given ketorolac at 2am and this changed everything, Ketorolac was given off label and is not indicated for his management, he became drowsy and sleepy forcing us to agree to admit, on admission the child was continued on morphine at 3ml/h and Gabapentin was introduced on his management, Morphine and gabapentin should not be used together, Gabapentin was also used off label. Soon after the SPO2 which was at 100% when he got to the hospital was 62-69%.”

including Morphine, a powerful opioid. We
initially declined the admission request by the doctor because he seemed ok. Ryan was given
ketorolac at 2am and this changed everything, Ketorolac was given off label and is not
indicated for his management, he became drowsy pic.twitter.com/olcATRHveM

“Meaning, Ryan was not breathing well and an indication of morphine overdose. The doctor was called by a nurse at 2:50pm on 24th February and she indicated that she would come to review the child at 3pm, She did not turn up until 11am on 25th and The Nairobi hospital doctors, and staff did not give Ryan a lifesaving medication Naloxone which would have reversed the morphine overdose immediately. The Nairobi hospital and its doctors did not perform Hemodialysis to remove Gabapentin from his system Immediately.”

”Ryan was 8 years and 34kg, He was given 11.9mg of Morphine in 24hrs. In addition to Gabapentin 900mg, Rolac/ketorolac 30mg, Cataflam 25mg, Paracetamol 500mg, Rocephin 3,500mg, Lasix 40mg. All this to a boy who was asking to go home after feeling better while in the casualty. The patient documents provided suggest that
morphine was continued even after the nurses noted overdose. A child who was still struggling with unmediated Gabapentin toxicity in the ICU was still given fentanyl, an even more powerful opioid despite a known fact that opioids and Gabapentin potentiate each other.”

“During infusion of morphine and administration of gabapentin the child was not monitored, there was no pulse oximeter to continuously monitor the child’s respiration.”

”This negligence led to Ryan’s death in 4 days. He suffered and succumbed to the harm from the gross negligence by the Nairobi Hospital and its doctors.”

“After Ryan’s death I wrote to the hospital’s medical director requesting for an investigation of the death and requested for a medical report and patients file, The director initially agreed to release the file but changed his mind through an email communication, The hospital released a medical report on Ist of April 2021 but there was no
mention of the drugs that caused the injury and death on the report.”

This negligence led to Ryan’s death in 4 days. He suffered and succumbed to the harm from the
gross negligence by @thenairobihosp and its doctors. #Justice4RyanHawi pic.twitter.com/syDSlmqbL9

”I made a formal complaint at KMPDC on 27th May and the hospital was ordered to provide the all the relevant documentation and statements from all the doctors who managed my late son by 28th June 2021, After several reminders they partially complied on 21st of July 2021, Efforts to get other crucial documents from the hospital have
not been successful and the hospital even tried to cover up by providing false information to the council, The KMPDC staff have been unable to compel the hospital to comply to their lawful orders, KMPDC is either unwilling to act on the doctor and the hospital or there could be some convergence of interest between the Doctor, the Nairobi Hospital and the Medical Council. This case was also reported to the Pharmacy and Poisons Board who have conducted and completed their investigation and Pfizer who is the manufacturer of the drug that caused my son’s
death. Gabapentin was flagged by FDA in 2019 and the prescriber’s label inside the gabapentin package warns of the same;
https://www.fda.gov/drugs/drug-safety-and-availability/fda-warns-about-serious-breathing-problems-seizure-and-nerve-pain-medicines-gabapentin-neurontin

The @KmpdcOfficial asked @thenairobihosp via Ref. No:KMPDC/DEC .1270/30/2021/08 dated 1st October to provide the hand written nursing notes by 8th October. The hospital ignored the request and I have sent several reminders for the same without success..What are they hiding?

The @thenairobihosp missed the biggest opportunity improve on care, I setup a meeting with CEO and asked the the chief pharmacist and medical director attend the meeting, He met me alone and told me that he is not a doctor therefore he cannot discuss the issue #Justice4RyanHawi

When I requested the medical director for the investigation I did so believing that @thenairobihosp has internal safeguard that would be able to respond failures by doctors to follow the laid down procedures, Hippocratic oath is held sacred by doctors #Justice4RyanHawi

“This is not an isolated case at the Nairobi Hospital, My first-born son suffered birth asphyxia at Nairobi hospital during birth 11 years ago, under very similar circumstances, The attending gynecologist was not within the hospital and could not be reached by the nurses.” Isaac concluded.

As the mother mourns her son, many Kenyans have also come out to point out from their experiences shortcomings from the hospital.

With professionals diving on the matter and giving the loopholes for further investigations.

Sad!!
Together with an autopsy, page 54 contains a lot of info to be interrogated by a neutral entity:

This one really broke my heart.😢😢😭😭😭😭
No father Should Burry Their Child Maaaaan… Too painful….
I cancelled Nairobi Hospital kitambo sana Mimi….especially for Paediatric cases… I can't take my kids to Nairobi Hospital… it's been 7 years now…mtoto hawezi kanyaga https://t.co/AfXudjZm0a

Amazing what Nairobi Hospital doctors can do to you for money. They basically misdiagnosed Benta Opande and recommended that screws be inserted in her backbone. She almost died but was saved by Indian doctors who removed the screws. Why? Why? Do money? #JusticeForBentaOpande pic.twitter.com/t1tRE428Tk

The case of Ryan is not isolated unfortunately and Nairobi Hospital has been slapped with several shots and complaints, a simple Google search on the hospital will direct you to similar cases. More of not all the times, suspicious cases go unnoticed and unpublished, it’s courageous acts of the few like that of Isaac that hits where it hurts and deserves.

If anything, those who’ve filed complaints about Nairobi Hospital or any other on suspected negligence shouldn’t shy away. It took time for Isaac to go through the set channels and realized nothing was forthcoming in justice for his sim whom he believes was killed.

To anyone out there in a similar situation, don’t die in silence, speak out, sue, if you need your matter amplified, shout and most importantly, bring your story to us on Kenya Insights. You’ll be heard.

Kenya Insights allows guest blogging, if you want to be published on Kenya’s most authoritative and accurate blog, have an expose, news TIPS, story angles, human interest stories, drop us an email on [email protected] or via Telegram
Related Topics:Medical NegligenceNairobi Hospital
Up Next

South Sudanese Coffers Grinding To An Halt Courtesy Of A Tanzanian